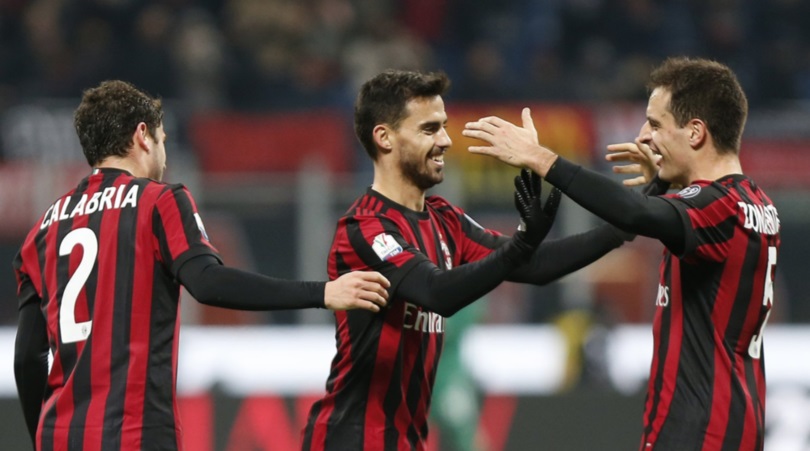 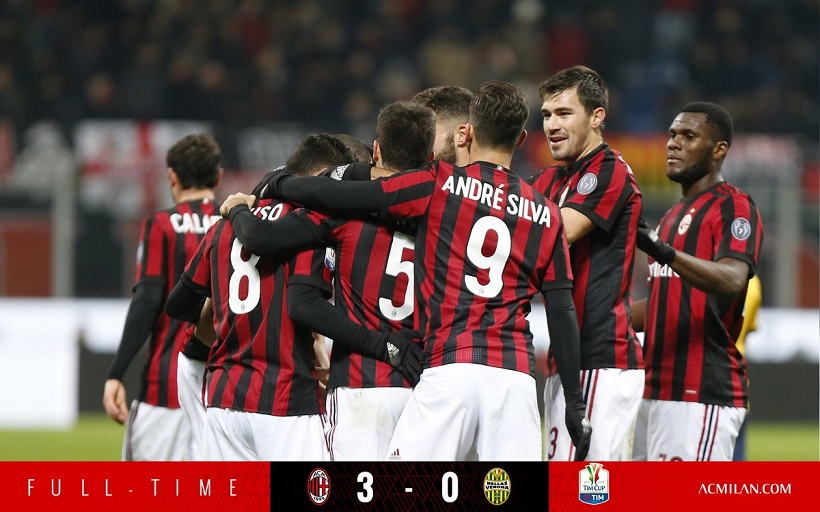 New coach Gennaro Gattuso got back-to-back wins as AC Milan booked a quarter-final clash with city rivals Inter Milan in the Italian Cup after a comfortable 3-0 last 16 win over Verona on Wednesday.

Gattuso earned his first win as Milan boss in Serie A action against Bologna last time out and his side put in another solid display against league strugglers Verona.

Goals from Suso, Alessio Romagnoli and Patrick Cutrone set up a December 27 date with Serie A leaders Inter, who needed a 5-4 win on penalties to squeeze past Serie C side Pordenone after their tie on Tuesday ended 0-0 after extra time.

Goalkeeper Gianluigi Donnarumma was jeered by the Milan crowd before the game with insulting banners brandished amid claims he wants the contract extension he signed last summer cancelled on the grounds he was pressured into it, amidst rumours his agent is lining up a big-money move to Paris Saint-Germain.

Giacomo Bonaventura continued his fine form after his double against Bologna, playing a role in Suso’s 22nd-minute opener, and setting up Romagnoli’s second on the half-hour, with Cutrone heading in after 56 minutes before Bonaventura was substituted to the applause of the Milan crowd.

“What has changed with Gattuso? He gives us grit and heart, Next up the derby,” said Cutrone after Milan’s first win in their last eight Italian Cup meetings with Verona.

Earlier, a late Jordan Veretout penalty sent Fiorentina through with a 3-2 win over Sampdoria to set up a quarter-final with either Lazio or Cittadella on December 26.

In a fiery clash in Tuscany, in which three of the goals came from spot kicks, Khouma Babacar opened the scoring for Fiorentina after two minutes, as the hosts came out firing after their Serie A defeat to Sampdoria in September.

But Sampdoria got back level six minutes before the break when Edgar Barreto fired in off a corner, with Veretout converting the first of his two penalties on the night after 59 minutes after VAR (video assistant referee) was used when Babacar was brought down in the box.

An Edgar Barreto header hit the crossbar as Sampdoria pushed forward with Gianluca Caprari also hitting the woodwork, before Gaston Ramirez broke through to pull the visitors level with a penalty after being brought down by Davide Astori.

Fiorentina won a late spot kick again thanks to VAR after late substitute Nicola Murru handled the ball with Veretout making no mistake to slot in.- Agence France-Presse