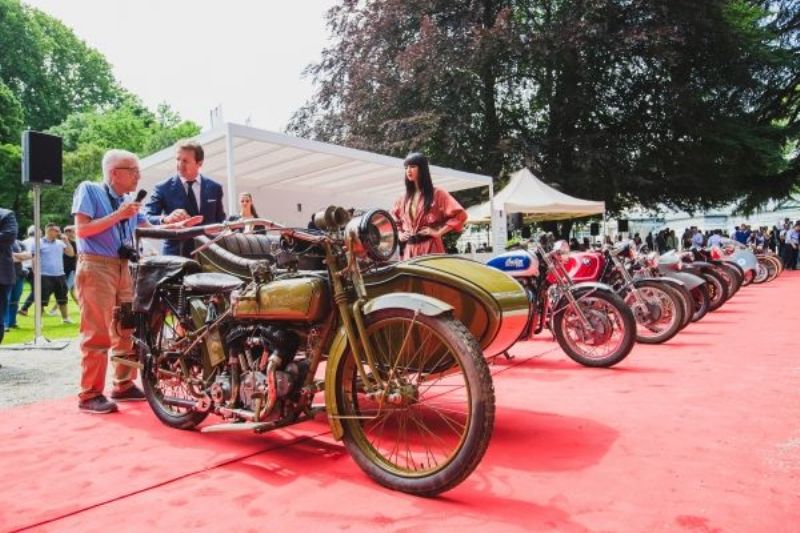 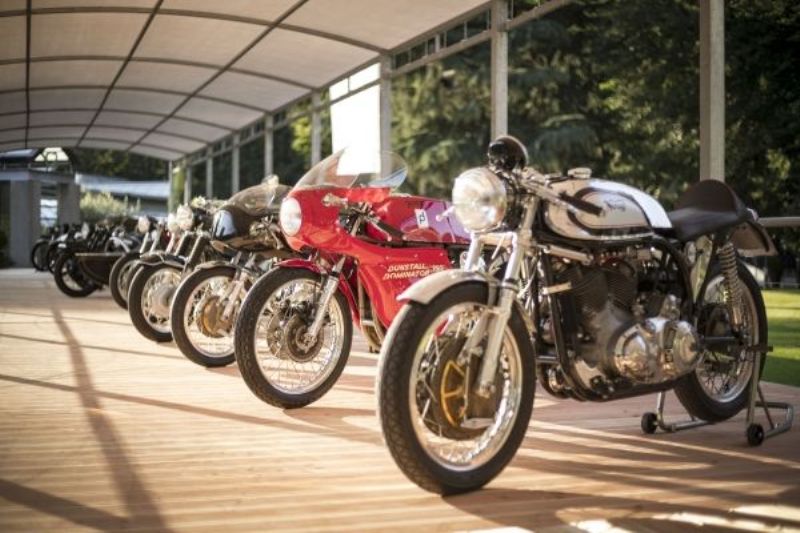 The most beautiful motorcycle classics will once again attract two-wheeler fans from all over the world to Cernobbio in Northern Italy between 24th and 26th May 2019. Once again, a unique collection of elite rare beauties from different eras of vehicle history will come together at the Concorso d’Eleganza Villa d’Este 2019 in the parkland of Villa Erba located on the shores of Lake Como.
The Concorso di Motociclette is one of the spectacular attractions of the event for public spectators and contributes to the distinguished character of the show presenting rare classic vehicles. For the ninth time, it will be a fixed element of the exclusive beauty contest for historic vehicles that will this year celebrate its 90th anniversary.
This year’s weekend of classics is represented by the motto “The Symphony of Engines – 90 Years of the Concorso d’Eleganza Villa d’Este & BMW Automobiles.” to match this and another anniversary. As the organisers, BMW Group Classic and the Grand Hotel Villa d’Este present particularly sensational automobiles and two-wheeled chart toppers from all eras of vehicle history: motorcycles which are not only admirable as exhibition items but are also roadworthy in almost all cases.
They demonstrate this on the Street Run when the participants parade in convoy on the Saturday from the parklands of Villa Erba through the streets of Cernobbio to the grounds of the Grand Hotel Villa d’Este where all the motorcycles taking part in the competition are presented to the public on the shores of Lake Como. On the Sunday, the two-wheelers are the focus of attention at Villa Erba where they are presented to thousands of visitors.
In 2019, the Concorso di Motociclette also offers a fascinating overview of the history of motorised transport on two wheels. As usual, the Selecting Committee applies a great deal of care in choosing the rare gems from all over the world. The motorcycles permitted to line up on the starting grid here all need to have an impressive and exclusive history.
The rare gems on two wheels will compete in five award categories for the favour of the Jury. The Selecting Committee has already defined four vehicle classes for the contest:
50 Years Ago – Trendsetters for Future Success
This category harks back to the year 1969, which was a very special year in motorcycle manufacture. Big-bore machines with two, three and four cylinders fuelled the motorcycle boom during the 1960s even further. Brands like BMW, Honda, BSA, Kawasaki, Laverda, Moto Guzzi, Norton and Triumph were the key protagonists at the time.
Promenade Percy – Sportsman’s Wear in the 1950s
In the 1950s, motorcycle racing attracted hundreds of thousands of fans throughout Europe. Anyone with the necessary financial means could even have a racing machine built with a roadgoing license at their local dealership. Alongside the successful brands produced in the 1960s, manufacturers like FN, Gilera, Jawa and Velocette were also popular.
The King’s Guard – Two Wheel Escorts
Emperors, kings, heads of state – were always accompanied by motorcycle escorts when they came on a state visit – a ceremony recalled by this competition class. Manufacturers like BMW, Honda, Kawasaki, Moto Guzzi and Triumph delivered specialist model versions with special equipment such as side panniers, radio equipment, pennant holders, and running boards instead of footrests.
Concept Bikes & Prototypes
Exceptional motorcycle studies have now become a tradition at Villa Erba. As in the last two years, there will also be a dedicated class for the most unusual and spectacular two-wheeled concepts from motorcycle manufacturers as well as from independent designers.
The definition of these four vehicle classes opens the nomination phase for the Concorso di Motociclette 2019. Owners of exceptional historic motorcycles are invited to apply for a place in the beauty contest – irrespective of whether or not their vehicle matches one of the categories already defined. The other categories in the contest will be announced later.