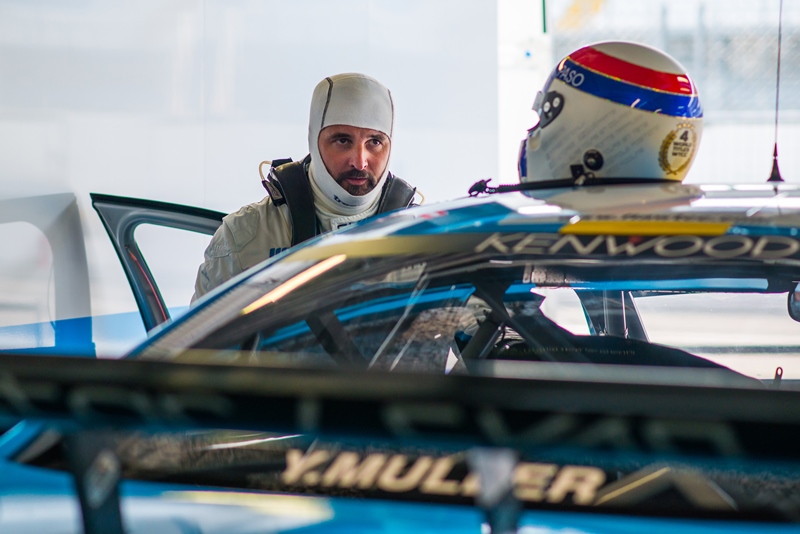 The most successful driver in the history of the FIA World Touring Car Championship will be back on track when the 2017 season reaches its winner-takes-all climax in Qatar this week.

He will replace Néstor Girolami, who has agreed to stand down from driving duties for the desert duel, as Volvo Polestar goes all out to land a WTCC title double.

With two races remaining at the Losail International Circuit on Friday night, Thed Björk heads the Drivers’ championship by 6.5 points with Volvo Polestar 12.5 points ahead of Honda in the battle to win the FIA World Touring Car Championship for Manufacturers.

“I am glad to be back racing again after working hard together with the team during this season to get us in a double points lead ahead of the final race weekend,” said Frenchman Muller, who retired from full-time driving at the corresponding fixture in 2016. “My objective is to help Thed become world champion and support Polestar Cyan Racing to deliver the world championship. It is going to be tough, but I have no doubt that we have what it takes to accomplish that in Qatar.”

Girolami has been fast but frequently out of luck in his first full season in the WTCC with a podium in Morocco and a pole-to-flag victory in Japan the highlights for the popular and highly capable Argentine, a double champion in his homeland. No longer in the title fight and focused on development work ahead of 2018, Girolami will be replaced for the season closer.

“I have accepted to give my place to Yvan,” said Girolami. “He is a legendary driver with more experience of the circuit in Qatar than me, which will be vital in the very close season finale. I look forward to continue our work ahead of 2018 and will follow the season finale closely.”

Alexander Murdzevski Schedvin, Head of Motorsport at Polestar, said: “Néstor has done a great job this season and we are very grateful for his efforts. A key part of optimising our strategy for the season finale is to bring in the most experienced and successful WTCC driver possible – Yvan Muller. His input this year has been invaluable and we look forward to seeing him behind the wheel, offering Polestar Cyan Racing the best possible chance of claiming a double world title.”

WTCC Race of Qatar, which is taking place for the third time in 2017, begins with Free Practice 1 and 2 on Thursday (30 November) followed by Qualifying, Manufacturers Against the Clock (WTCC MAC3), the Opening Race and Main Race on Friday (1 December). Both races will be held under floodlight at the Losail International Circuit located close to the Qatari capital Doha.