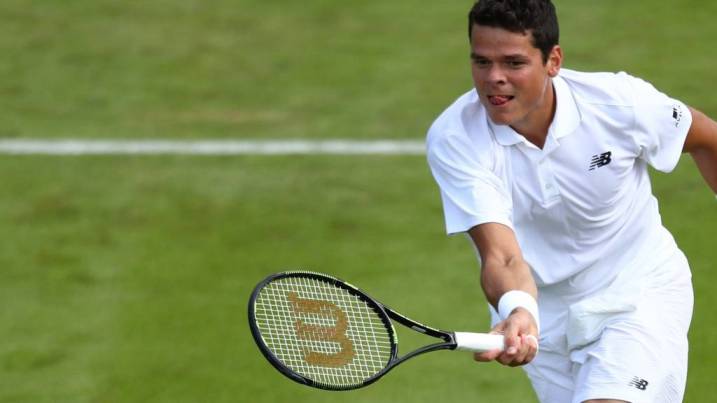 World number two Murray is looking to add this year’s All England Club crown to his 2012 US Open and 2013 Wimbledon titles, both of which were won when Lendl was first working with the 29-year-old.

“I do think it helps. I do think in these situations it can make a difference,” said Murray as he analysed the influence of Lendl who won eight majors in his own playing career although never triumphed at Wimbledon.

“The information I get from him, the psychological help that I get from having him around, being able to chat to him at these events, before the big matches makes a difference. That’s why I think we’ve been a good team. I think we both trust each other.”

Murray reunited with Lendl this summer after they went their separate ways after two years together in 2014.

Raonic, the first Canadian man to reach a Grand Slam final, teamed up with McEnroe just for the grass court season.

While Lendl has been stony-faced in the player’s box, McEnroe has been splitting his time between Raonic’s needs and his own long-standing TV commitments.

When Raonic stunned Roger Federer in the semi-finals, McEnroe was calling the match for the BBC from the commentary box on Centre Court.

“At the end of the day, I get to win Wimbledon. Who cares?” said 25-year-old Raonic when asked if he was concerned over McEnroe’s media obligations.

Murray finds himself in the unusual position of favourite to lift the title on Sunday as he chases a third career Grand Slam crown.

It will be the first Wimbledon final since 2002 not to feature Novak Djokovic, Federer or Rafael Nadal.

It will also be Murray’s first final from 11 at the majors where he hasn’t faced either Djokovic or Federer against whom he has lost eight times.

But the second seed won’t underestimate Raonic who reached the final by coming from two sets to one down to defeat seven-time champion Federer.

“Milos is a very tough opponent. He’s played very well on the grass this year and has earned his right to the final by beating one of the best, if not the best player, ever at this event.”

Djokovic, who beat Murray in the Australian and French Open finals this year, was knocked out in the third round of Wimbledon, his earliest exit at a major in seven years.

Nadal, a two-time champion at the All England Club, never made the starting line because of a wrist injury.

Having faced Djokovic in seven major finals and Federer, who beat the Scot in his first Wimbledon final in 2012, in the other three, Murray will take a 6-3 lead in his head to head record with Raonic into the final.

Murray also came back from two sets to one down to beat the big Canadian in the semi-finals in the Australian Open in January.

Raonic packs the fastest serve of the tournament so far, sending down a 144mph (231.7km/h) ace early in the semi-final against Federer.

He saved eight of nine break points in that tie and boasts a tournament-leading 137 aces.

Raonic has been taken the distance on two occasions at this Wimbledon — against Federer and coming back from two sets to love down to beat David Goffin in the third round.

“Andy is one of the premier workaholics,” said Raonic who was a beaten semi-finalist in 2014.

“I think Andy tries to get you doing a lot of different things. He’ll try to throw you off, give you some slower balls, some harder balls, all these kinds of things. I guess my goal is to keep him away from that, play it on my terms, be aggressive, not hesitate.” – Agence France-Presse