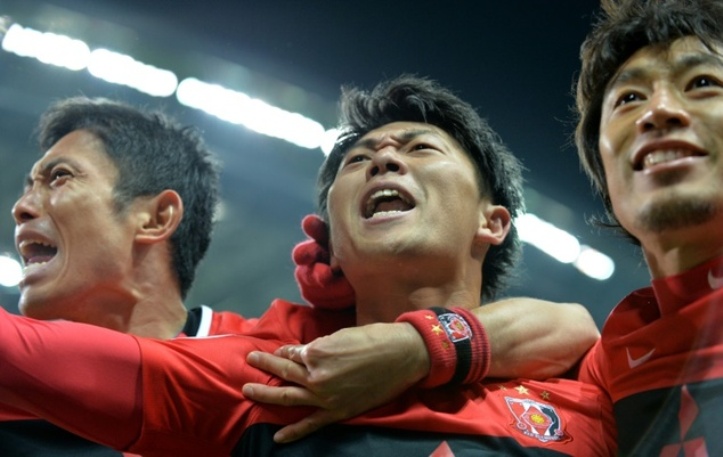 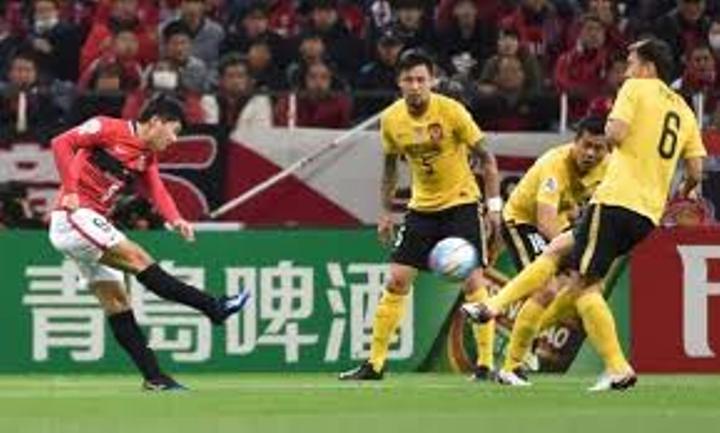 Yuki Muto’s second-half winner left title-holders Guangzhou Evergrande teetering on the brink of a shock AFC Champions League exit as they went down 1-0 to Urawa Red Diamonds on Tuesday.

Muto’s header seven minutes after half-time consigned Luiz Felipe Scolari’s super-rich Chinese champions to their second defeat in four games and left them rooted to the bottom of Group H.

With two games to go, winless Evergrande have just two points so far, five points off second place and a spot in the last 16, with their title defence seemingly at an end.

The five-time defending Chinese Super League champions looked anything but winners in a cauldron atmosphere as they faced Japan’s Urawa and their massed ranks of fans in Saitama.

If not for some agile keeping by Zeng Cheng, the scoreline could have been worse for a team featuring ex-Tottenham Hotspur midfielder Paulinho and former Atletico Madrid striker Jackson Martinez, their record signing.

Muto put Evergrande on the ropes on 52 minutes when he instinctively got his head to Tomoya Ugajin’s first-time ball across the box, following a cross from Takahiro Sekine.

Zeng saved brilliantly from Sekine at close range but Tadanari Lee was left thumping the turf in exasperation when he passed up an open goal and instead tamely poked his shot at the goalkeeper.

“It was a tough game but the players and supporters came together and fought  as one — it’s a big three points,” said goal-scorer Muto.

Urawa’s victory lifted them to second in Group H behind Sydney FC, who moved to the verge of the knock-out stages with a 1-0 home win over South Korea’s Pohang Steelers.

Milos Ninkovic grabbed the winner for Sydney, who now have nine points from four games, in the 51st minute and at the second attempt after two Pohang players failed to clear the ball.

Elsewhere, in Group F, free-scoring FC Seoul lost their perfect record when they were held to a 0-0 draw by China’s Shandong Luneng, with Brazilian sharpshooter Adriano unable to add to his nine goals so far.

And Japan’s Sanfrecce Hiroshima kept up their bid for the knock-out stages when they beat Thailand’s Buriram United 2-0 away.

In West Asia, Qatar’s Lekhwiya, who were languishing at the bottom of Group B with no win from three matches, bounced back into contention with a 4-0 thrashing of Saudi Arabia’s Al Nassr.

Playing in front of their home fans in Doha, the four-time league champions hit the woodwork twice in a goalless first half before South Korean Nam Tae-hee  found the target with a 49th minute strike.

Goals later from Alain Dioko, Chico Flores and Mohamed Muntari, the last two coming in a matter of two minutes, completed the rout for Lekhwiya, who were dethroned by Al Rayyan in the Qatar Stars League last month. Lekhwiya, however, trail Iran’s Zobohan, who beat Uzbekistan’s Bunyodkor 5-2 for their second win to take top spot with eight points from four games.

In group D, Qatar’s El Jaish’s three-match winning streak came to an end when they were held to a goalless draw by Uzbekistan’s Nasaf in Karshi.

In another match, UAE’s Al Ain defeated Saudi Arabia’s Al Ahli 2-1 thanks to a brace from Brazilian Dyanfres Douglas.

A second half injury-time goal from Saleh al-Jamaan was little consolation for the hosts who languish at the bottom of Group D with just three points from four matches.