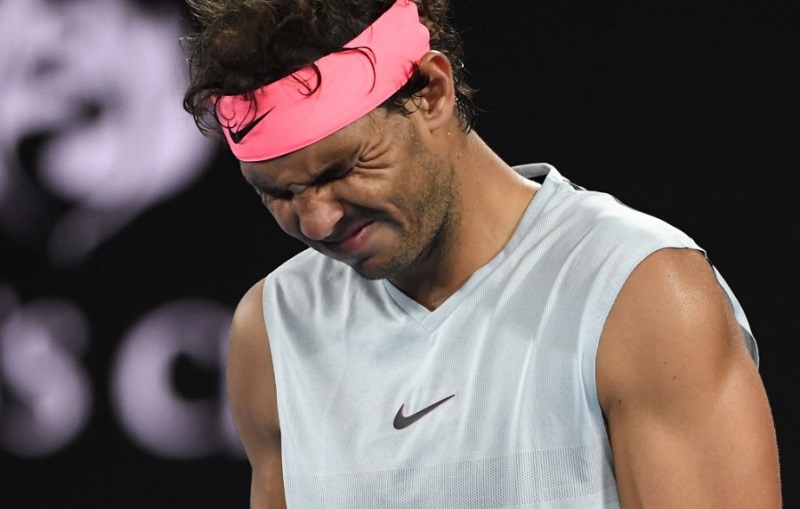 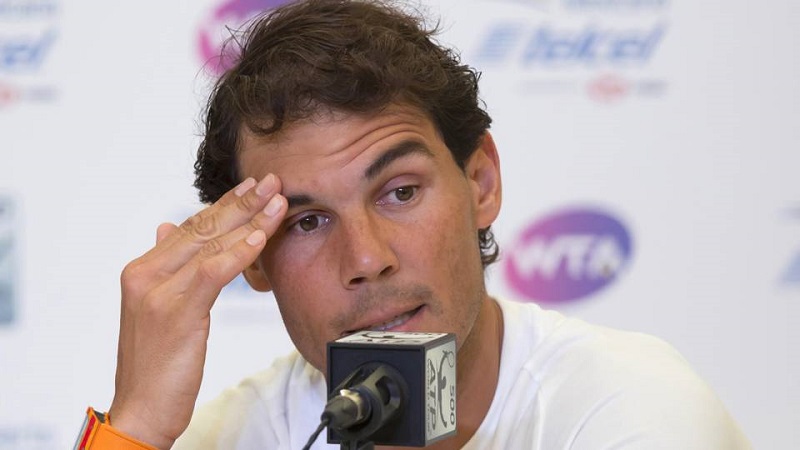 World number two Rafael Nadal pulled out of the Mexican Open on Tuesday, cutting short his comeback from an injury when his ailing right hip flared up again.

“My goal and hope was to play in this tournament. Unfortunately, in my last training session yesterday, I felt a sharp pain in my leg again,” the 31-year-old Spanish star said hours before what was to have been his opening match of the ATP Tour event in Acapulco.

Nadal, favoured to win the tournament and champion here in 2005 and 2013, had been due to face fellow Spaniard Feliciano Lopez.

“I took all the appropriate steps to arrive at the tournament in form. I went to Cozumel first, to adapt (to the climate),” he told reporters.

“But yesterday, in my last training session before the tournament, during one movement I felt a sharp pain again in the same area where I had the problem in Australia.”

Nadal limped out of the quarter-finals at the Australian Open on January 23. He has since lost his number one ranking to Roger Federer.

Nadal said doctors in Mexico warned him not to play for fear of aggravating the injury.

“I still don’t know what it is, because we don’t know. It seems it’s not as bad as what I had at the Australian Open,” he said.

“Now, my main goal is to find out the extent of the injury.”

This marks the sixth tournament in a row that Nadal has pulled out of or retired from — the Australian Open, Brisbane, London, Paris, Basel and Acapulco.

The 16-time Grand Slam winner Nadal previously announced himself fully fit and said he was looking forward to competing in his second event of 2018.

“I took a couple of weeks of rest and worked hard on rehabilitation,” he said earlier in the week. “Last week, I started practising hard again. I feel ready.”

Nadal is expected to remain at least one more day in Acapulco to have more tests done.

“Maybe it is a minor situation, but the reality is that there is liquid and until it goes down a bit and the relevant tests are done, it will not be possible to diagnose,” he said.

While a victory this week would not have been good enough to overhaul Federer, it would leave Nadal primed to replace the Swiss star at Indian Wells or Miami next month.

The 2008 Olympic gold medal winner is known as the “King of Clay” and is considered the greatest clay-court player in the history of the sport.

But his success is not limited to clay. Nadal has won 10 French Open titles, three US Opens, two Wimbledons and one Australian Open.

Nadal, who turns 32 in June, ended 2017 as the oldest year-end world number one in the 45-year history of the ATP rankings.

In men’s action on Tuesday, defending champion Sam Querrey lost his opening match and is gone from the tournament after he was beaten by Australia’s Matthew Ebden 6-3, 1-6, 7-6 (7/5).

Querrey, who was seeded seventh, hit nine aces but had six double faults and won just 38 percent of his second-serve points.

He advances to the second round where he will face Spain’s David Ferrer. This will be the 12th career meeting between the two with Ferrer holding a 6-5 edge.