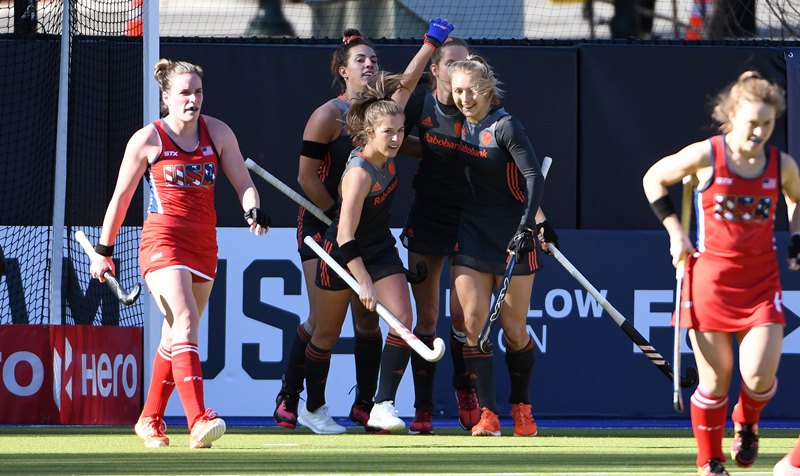 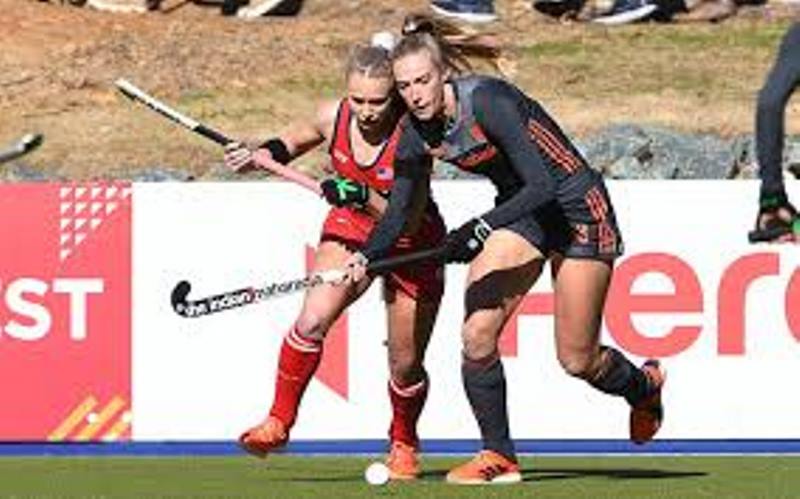 Reigning champions the Netherlands made it three wins from three matches in the 2020 edition of the FIH Hockey Pro League, powering to a comfortable 9-0 victory over the USA in Chapel Hill, North Carolina on Sunday [26 January].

The USA started brightly but found themselves trailing 2-0 at half time thanks to goals from Player of the Match Felice Albers and Frederique Matla, netting in the first and second quarters respectively. The Dutch raced through the gears after half time, with Lidewij Welten and a second for Albers taking the score to 4-0 ahead of what proved to be a remarkable final quarter. The reigning World and European champions scored five times in just eight minutes, with Albers and Welten both completing hat-tricks before Ginella Zerbo and Maria Verschoor contributed to a thoroughly comprehensive score-line.

As previously reported, the first match between the two sides, due to take place on Friday (24 January), was cancelled as a mark of respect following the tragic death of USA National Teams Manager Larry Amar. An emotional moment of silence was held in his memory ahead of today’s match. In accordance with the League’s regulations for a cancelled match, the points of this match counted double, meaning that the Netherlands victory earned them a maximum six points from their trip to the USA.

Reacting to the result and her Player of the Match performance, Felice Albers said: “I think it was really [great], I’ve never scored three goals in a stadium before so that was good for me and I’m really happy with the win and also the team performance. It was a tough game, also due to the circumstances [regarding the passing of Larry Amar], but we played well and I’m really happy.”

USA captain Ashley Hoffman said: “I think we learned that we are a feisty bunch, and we are just starting to write this journey for Pro League. We played the best in the world, so I think that shows us exactly where we stand as a team and there is a lot to pull from there.”

More information on the match can be found on our live reporting page by clicking here.

Earlier in the day, national teams of Belgium enjoyed an extremely fruitful away day on Sunday, with both the Red Panthers and the Red Lions getting the better of home favourites Australia in weather affected FIH Hockey Pro League fixtures at Sydney Olympic Park. More information about those matches can be found by clicking here.