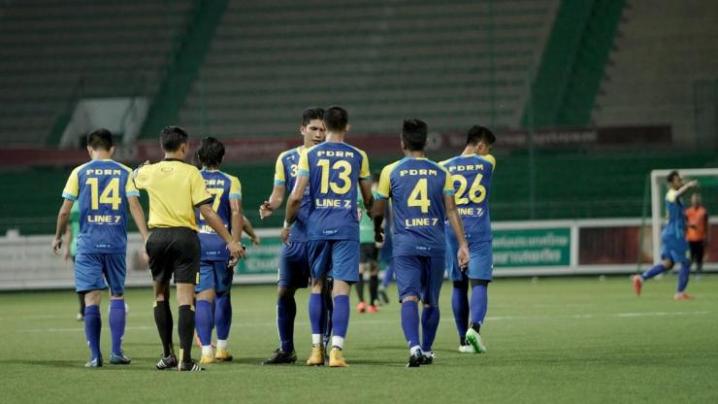 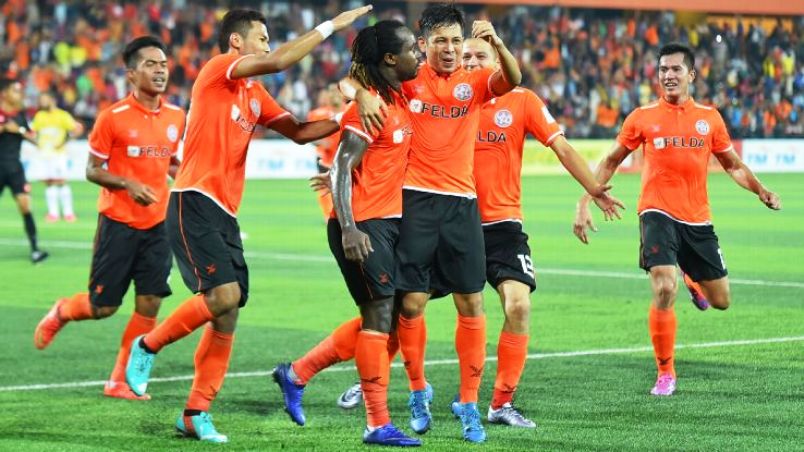 # Felda United escape with a 1-1 draw against T-Team

# Negri Sembilan hold Kedah to a scoreless draw in Paroi

Police pulled off a shocker at the Sultan Mohd IV Stadium in Kota Bahru with a stunning 2-1 win over Kelantan in the first-leg Malaysia Cup quarter-final match despite playing with 10 players from the 61st minute.

There was more to come when Police were further reduced to nine players when Brazilian Guilherme de Paul was also given the sack late in the game for time wasting. K. Reuben was the first to go on 61 minutes for two bookable offences.

Guilherme, a former Selangor player, however, had done the damage with his team’s second goal in the 22nd minute after Indra Putra Mahayuddin had equalized for the Red Warriors in the 14th minute.

Singapore international Safuwan Baharudin had shocked the homesters with the opening goal for Police after only four minutes of play – when he was quick to the ball and scored with a yawning goal in front of him after Kelantan keeper Khairul Fahmi Che Mat was caught stranded on the top of the box.

Despite their numerical advantage on the field, Kelantan, however could not turn the tide in their favour. In a Super League match at the same venue last Wednesday the Red Warriors lost to Kedah 2-1.

There was also drama at the Sultan Ismail Nasiruddin Shah Stadium in Kuala Terengganu as favourites Felda United came back from a goal down to share the spoils against T-Team.

Felda United can in fact thank their lucky stars when T-Team had the ball in the net again late in the match through Dilshod Sharofetdinov off a corner by Asrul Ibrahim but it was disallowed for an infringement on Felda goalkeeper Farizal Harun.

The Titans took the lead after only two minutes of play through Safawi Rasid from a cross by Nor Hakim Hassan before Felda equalized through their prolific scorer Liberian international Francis Forkey Doe in the 51st minute on a soggy pitch.

At the Shah Alam Stadium defending champions Selangor escaped with a lucky 4-3 win in a ding dong battle with Premier League club side PKNS FC that was headed for a stalemate until Mauro Olivi netted five minutes from time.

Nigerian defender Ugo Ukah, who was involved in a headbutt incident with teammate Bunyamin Umar during a Super League match against Sarawak in mid-week and red carded, headed in Selangor’s first goal in the fifth minute.

Selangor went 2-0 up through Hazwan Bakri in the 21st minute before Juan Manuel Cobelli reduced the deficit for PKNS four minutes later. However, the Red Giants increased their lead to 3-1 through R. Gopinathan in the 52nd minute.

PKNS, featuring as the home team at Shah Alam Stadium, which is also Selangor’s homeground, hit back to draw level with goals by Argentine defender Gonzalo Soto (60th) and Gabriel Guerra (74th). Olivi had the final say at Shah Alam with Selangor’s fourth.

Last year’s runners-up Kedah were the dominant side against Premier League’s Negri Sembilan but the Red Eagles paid the price for poor finish – thanks to their Brazilian striker Thiago Augusto and former New Zealand World Cupper Shane Smeltz who were selfish.