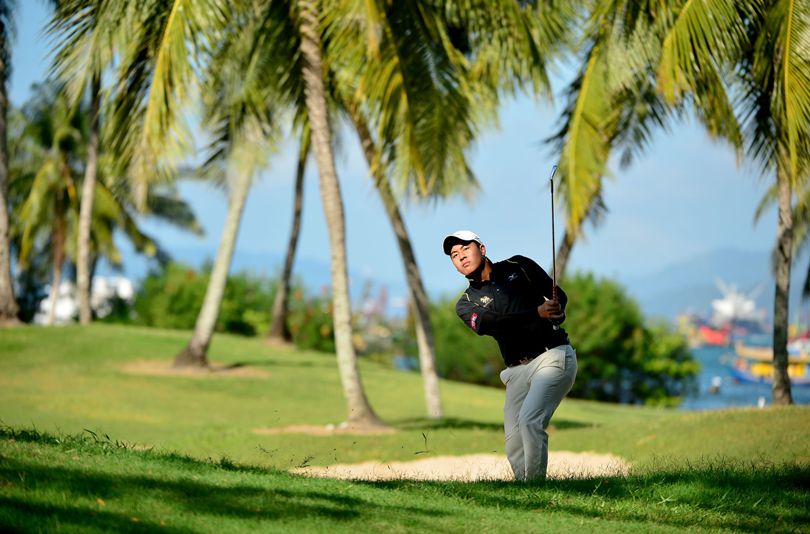 Nirun Sae-Ueng of Thailand continued his fine form by firing a five-under-par 67 to lead in the opening round of the PGM MNRB Sarawak Championship on Wednesday.

The 21-year-old Nirun, who won on the domestic circuit last week, posted six birdies and one bogey to lead by one shot from Micah Lauren Shin of the United States at the RM200,000 (approximately US$46,600) Asian Development Tour (ADT) event.

Australian duo Rick Kulacz, a former Asian Tour winner, and Darren Tan were bunched in tied third place alongside Oskar Arvidsson of Sweden, Panuwat Muenlek of Thailand and Baxter Reeves of the United States on 69s.

Crediting a hot putter, Nirun holed all his birdies from inside 10-feet to set the pace at the Kelab Golf Sarawak as he chases for a second ADT victory.

He is riding a rich vein of form after claiming an impressive victory in Thailand last week. “The greens here are tricky so you need to judge your putts properly. Luckily, my putting is very good so I’m very confident,” said Nirun.

“My tee shots were not as good as I would like it to be but my short game helped me return with a good score. I’ve been practising a lot on my putting and I’m very confident on the greens. It was the same when I won in Thailand,” he added.

Abel Tam was the best local performer as he shared eighth place following a round of 70 which was matched by Suradit Yongcharoenchai of Thailand, Danny Masrin of Indonesia and Mathiam Keyser of South Africa.