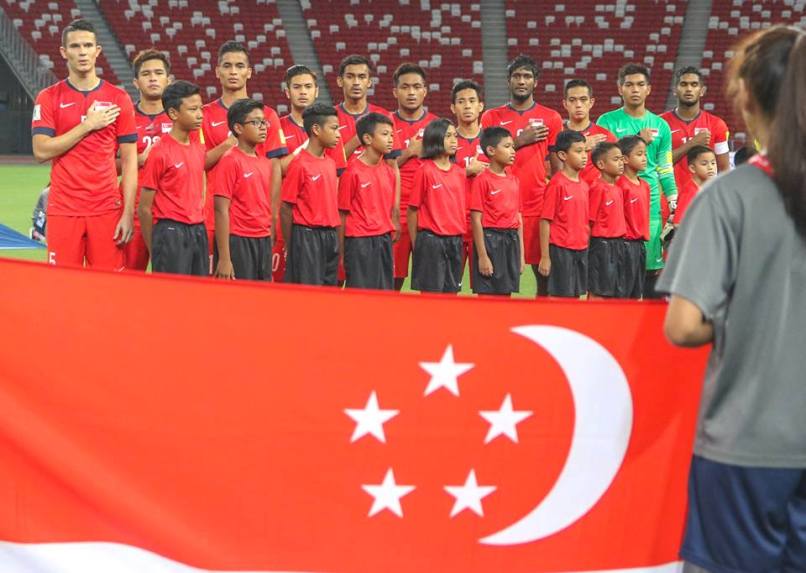 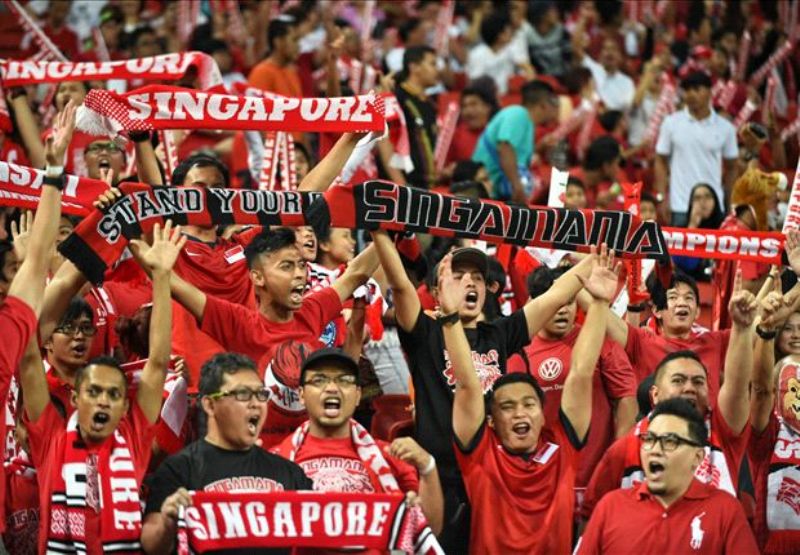 It’s the month of merry-making, the final 30 days of the year, but for Singapore football, majority of the 365 days have gone down as the worst in history, simply because of colourless management and lacklustre performances along the corridors of the Jalan Besar Stadium headquarters..

The new 2017 season is just round the corner and as the Football Association of Singapore (FAS) turns a momentous 125 years, as Asia’s oldest affiliate of the Asian Football Confederation (AFC), it’s time to utter the famous sporting words: Shape up or ship out!

Even a blind man, using braille, would be aware that the sands are seriously shifting in South-east Asian football. This is something that Singapore fans have to solemnly get used to after the horrendrous Suzuki Cup results. A bloody shame for the four-time Asean champion!

The Lions have disgracefully fallen at the group stage of the Asean Football Federation (AFF) biggest tournament, where regional baby frogs dribble in the dark well, and never have the die-hard Singaporean football fraternity ever felt a sinking, stinking feeling that we may never get back among the regional elite.

Probably a mute will configure that we have potential clowns in funny non-football hats still sitting on their butts and calling the big shots at the Jalan Besar Stadium headquarters, failing to realise a sacred football adage that if you don’t deliver, you get the boot.

But the FAS Transitional Council (comprising the same failed leaders of the past) strangely continue to hold on to their thrones, for God knows the real reason! Majority enjoy the international travel perks, especially interim FAS President Lim Kia Tong, who recently admitted in a newspaper interview that he spent “22 days in Papua New Guinea” in his capacity as FIFA Disciplinary Committee head of a women’s age-group tournament.

Wake up, brothers, wake up!

Myanmar, Cambodia and the Philippines, the three traditional minnows in the region, are now fast catching up while the Lions are reduced to pussy-cats and relegated to the bottomless pit after finishing wooden-spoonist at the Suzuki Cup.

Pray tell me: How can a potential leader like lawyer Lim Kia Tong rally and motivate his council colleagues when he simply doesn’t have the time or temperament to mix with the football heartlanders and to know the football basics: To boldly lead from the front as a legitimate, literal coach, manager or skipper.

This is not your ordinary legal-beaver court-room or your air-conditioned administrative office where you can press a few buttons and get the machineries on the ground going. This is heartlander-based football, where grassroots leadership matter, like what (the late) Nadesan Ganesan, a role-model lawyer former FAS Chairman, did in the mid-1970s when he fired up the “Kallang Roar”.

Today, we have the “Kallang Ruins”, a shocking mute-of-a-crisis where football fans barely go for S-League matches or bother to patronise the newly-minted Sports Hub, simply because the FAS has lost, what Ganesan always preached, the “fire in the belly” to rally the grassroots that football is really the No 1 sport.

The FAS, under (former boss) Zainudin Nordin and now (interim appointed leader) Lim Kia Tong, always believed in the shoddy shortcuts to regional glory. For example, when the Lions were four-time Suzuki Cup champions, they were famous for handing out jerseys to overseas-born players active in the S-League, much to the displeasure of majority of the football fraternity, like what table-tennis did with the Made-in-China foreign talent.

The longer-term grassroots development stagnated because of this notion of non-Singaporeans pretending to be Lions and the silliest ego-slanted perception that relative success of the national team would help bring in fans, sponsors and investment.

Look at two Singaporeans doing wonders in the Asean football scene, probably because they had little faith with the FAS “double standards”. Benjamin Tan is in Thailand, as the Deputy Chief Executive Officer (CEO) of the Thailand Professional League and the new Philippines Football League is being kick-started by former Singapore defender R. Sasikumar, now the owner of sports marketing agency Red Card.

And where’s the Made-in-Singapore S-League, launched in 1996, after Singapore pulled out of the Malaysia Cup and to form an alternative professional football industry?

Still sucking thumbs, hoping for more cash flow from the heavens, rather than correctly enticing a new generation of younger footballers, the professionally-trained-way to believe in the 22nd season in 2017.

Three demoralised S-League chairmen privately told me: “Here we go again, here we go through the usual motion, year after year, with absolutely not even short-term directions, too!” 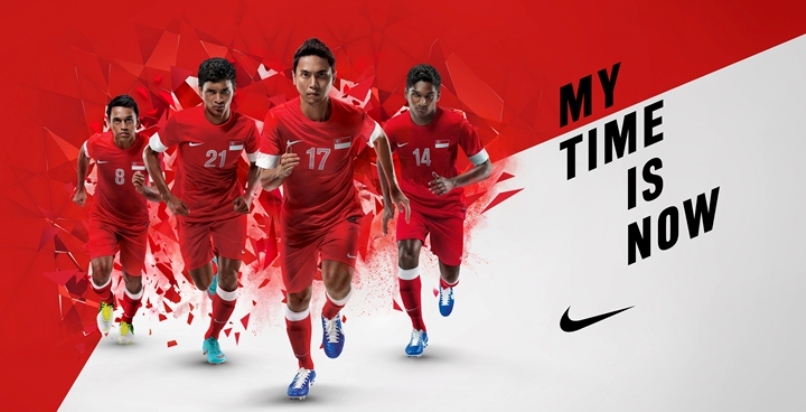 Just look at Myanmar, too. Former Singapore coach P.N. Sivaji, who is Technical Director of a leading club in Yangon, told me of the tsunami-like football fever, with the sight of the White Angels (nickname of Myanmar national team) playing exciting and effective football in front of 50,000, which fired up the Myanmar Football Federation (MFF) to start a new professional league

The M-League started on a modest scale, in capital Yangon only, before spreading out slowly. Business magnates like popular tycoon U Tay Za invested in newly-minted professional clubs and even diverted funds into youth development while, elsewhere, there was a national programme effectively introduced into schools.

Just look at the Myanmar’s recent results: A bronze-medal win at the 2011 SEA Games, a silver at last year’s edition, which was held in Singapore, and qualification for the AFC Under-22 Championships in 2013, have since confirmed that Myanmar was on the right track. There were massive celebrations as Myanmar secured a spot at the FIFA Under-20 World Cup last year. As Sivaji says, this “not only motivates the next generation but helps to bring sponsors on board” for a minnow-reputed football country, usually famous for religious or political crisis.

For Singapore, it’s time to sing “Majullah Singapura” like what (the late) “Uncle” Choo Seng Quee and Jita Singh did with the Lions, more than three decades ago.

Now it is up to Singapore to seriously find a way to stop the football junking, take advantage of what the neighbours are doing, football-wise, and improve, too.

The blackballing must stop. The blockade of new faces coming to football leadership must stop. It’s time for the rejection of useless incumbents who cannot clear the overgrown “lallangs” at their own Jalan Besar Stadium backyards and yet hope to hold international posts at AFF, AFC and FIFA.

The buck must stop now before we sing “Malulah Singapura”!

It’s time for a clear-out, by hook or crook, and the message to the incumbents is crystal clear: If you cannot deliver, please throw in the towel, the meritocratic-way, rather than to get the painful boot, the democratic-way when the long overdue FAS elections are held very soon.

Even in holding a democratic football election, there appears to be a “masak masak” delay-at-all-costs attitude!

Poor Singapore football fans now face the bleakest ever December season, wondering who will ever bell the proverbial cat to quickly arrest the unending streak of failures. Or will they continue to “park the bus” and play a prolonged ultra-defensive strategy, as the Lions are now infamously branded in Asean.