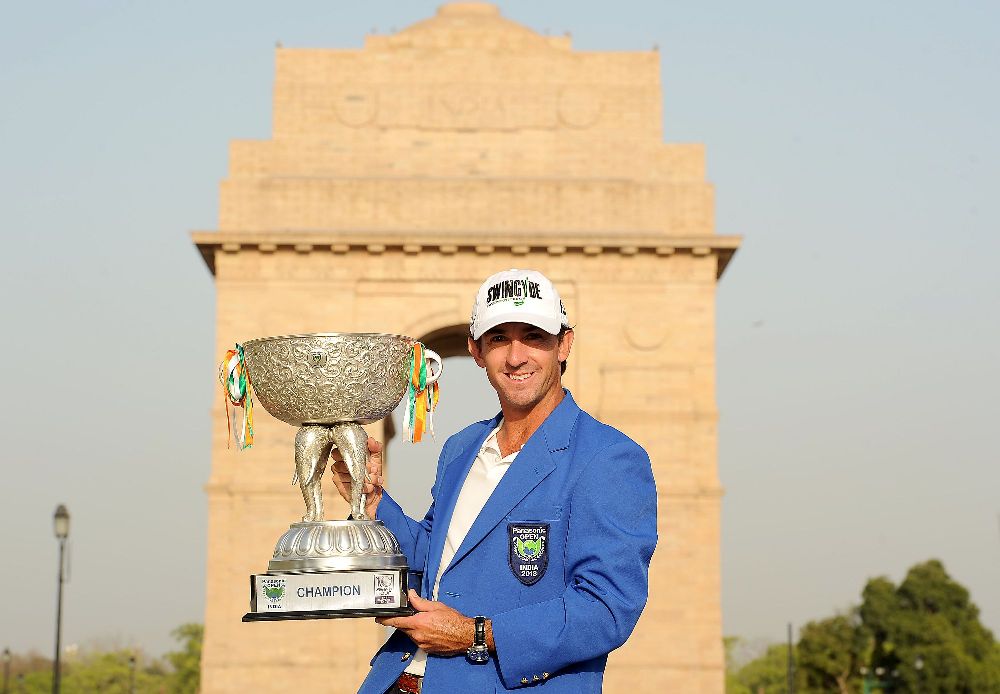 The Panasonic Open India will host stars from the Asian Tour when the US$300,000 showpiece returns for its fourth edition from November 6 to 9, 2014.

The venerable Delhi Golf Club will stage the tournament, sanctioned by the Asian Tour and Professional Golf Tour of India (PGTI), and it also promises to showcase the growing strength of Indian golf while promoting the country as a leading tourist and golfing destination in the region.

The Panasonic Open India has provided the career launch pad for exciting players such as Anirban Lahiri, who broke through with a stylish victory in 2011. Since his win, Lahiri has claimed three other Asian Tour titles including the 2014 CIMB Niaga Indonesian Masters.

Lahiri was also an automatic choice for the inaugural EurAsia Cup presented by DRB-HICOM in Malaysia in March after he finished third on the 2013 Order of Merit. The talented Indian contributed two points in the Ryder Cup style event to help Team Asia draw with Team Europe following a memorable showdown of continents.

Mr. Daizo Ito, President, Panasonic India, Regional Head for India, South Asia, Middle East and Africa, said: “The emergence of a new generation of Indian golf stars led by Panasonic ambassador Anirban Lahiri has certainly fast tracked the popularity of the game in the country. We are proud to be associated with this prestigious Asian Tour event and we look forward to celebrating another great and worthy champion at the Delhi Golf Club in November.

“It remains our goal and mission to support professional golf at the highest level in Asia where we hope many more great players, especially from India, will rise into the forefront of the game as how Anirban has done so in recent years following his victory at the 2011 Panasonic Open India. He is a great example of how hard work, dedication and commitment can lead to success on the biggest stage in Asia.”

The tricky Delhi Golf Club has been a happy hunting ground for home heroes including Lahiri, Rashid Khan and Singh in the past few years. It is also one of the most popular stops for the international stars at the venue, which is famed for its tree-lined fairways and historical monuments which surround the golf course.

Asian Tour Chairman Kyi Hla Han said: “On behalf of our players, I would like to extend our fullest appreciation to Panasonic for its continued sponsorship of the Panasonic Open India which goes a very long way in promoting and enhancing the sport in India and across the region.

“Over the years, the Asian Tour has also developed a strong partnership with PGTI, who shares the same goals as us to grow the game and create more playing opportunities for our members to compete at the highest level. I am certain we will witness another magical week of golf at the Delhi Golf Club and celebrate a worthy winner in November,” said Han.