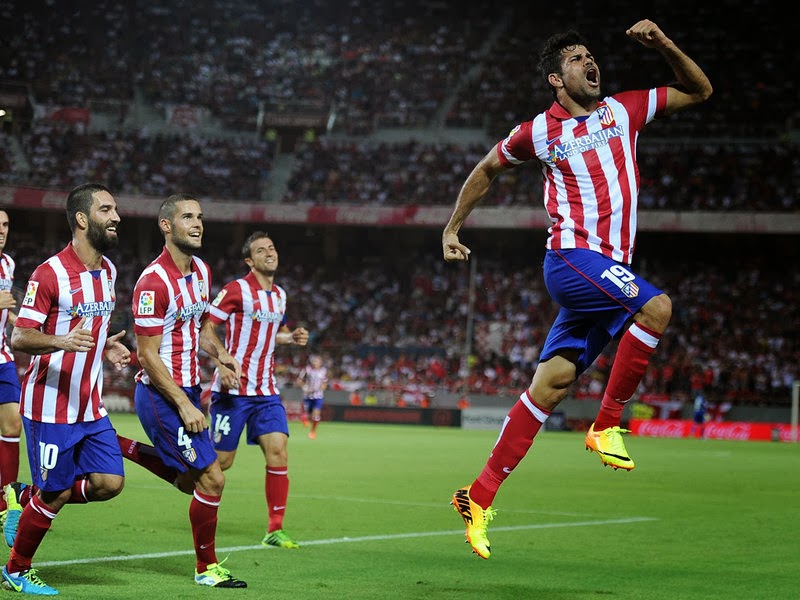 La Liga champions Atletico were surprisingly beaten 3-2 in their first group match away to Olympiakos a fortnight ago, conceding as many goals as they did in the whole of the group stage last season in the process.

However, Diego Simeone’s men appear to have rediscovered their defensive solidity in the past week with back-to-back wins and clean sheets, including an impressive 4-0 thrashing of the previously unbeaten Sevilla at the weekend.

Simeone’s return to the touchline after a six-game ban in all competitions appeared to galvanise the team and supporters alike, and the Argentine has called on the fans to recreate the atmosphere for the visit of Juventus.

“The atmosphere is what we need in all the games at the Calderon,” he said.

“There was a perfect communion between what the team offered and what the fans experience in the stadium. It felt like there was a mountain of us on the pitch.”

Despite Atletico’s Champions League struggles in Greece, they have managed to beat Real Madrid twice already this season in the league and Spanish Super Cup.

And Simeone believes those games should give his side heart that they can take down Massimiliano Allegri’s side, who have won all six of their games so far this season.

“There is a difference when you are competing across a whole season compared to the situation in one game.

“When we play against Madrid, Barcelona or Juventus it is clear we have a chance because it is just one game.”

Atletico were also aided by the return of striker Mario Mandzukic against Sevilla as the Croatian played with a mask protecting a broken nose he suffered just 11 days previously against Olympiakos.

However, Los Rojiblancos may have to do without influential captain Gabi as he limped off at half-time at the weekend with an ankle injury.

Juventus’ bid to make up for the disappointment of bowing out at the group stages last season got off to a good start on matchday one as two goals from Carlos Tevez gave them a 2-0 home win over Malmo.

Italian international Claudio Marchisio believes the match against the Swedish champions was an encouraging sign and is hoping to take a huge step towards winning the group in Madrid.

“We haven’t been able to make the step up in Europe over the last three years. We started well in our first game at home, where in previous seasons we missed important opportunities,” he told the club’s website.

“Now we’ve got a tricky game in Madrid. We need to also try and pick up a result there because we’d gain a lot of confidence from beating a great team like Atletico.

“Opening up a six-point gap on them would represent a big step forward towards qualification, even though the result in Athens showed us there are no easy games in this group and that Olympiakos are also capable of giving us a run for our money.”

Juve will once again be without Andrea Pirlo as he is yet to feature this season due to a thigh injury. – Agence France-Presse