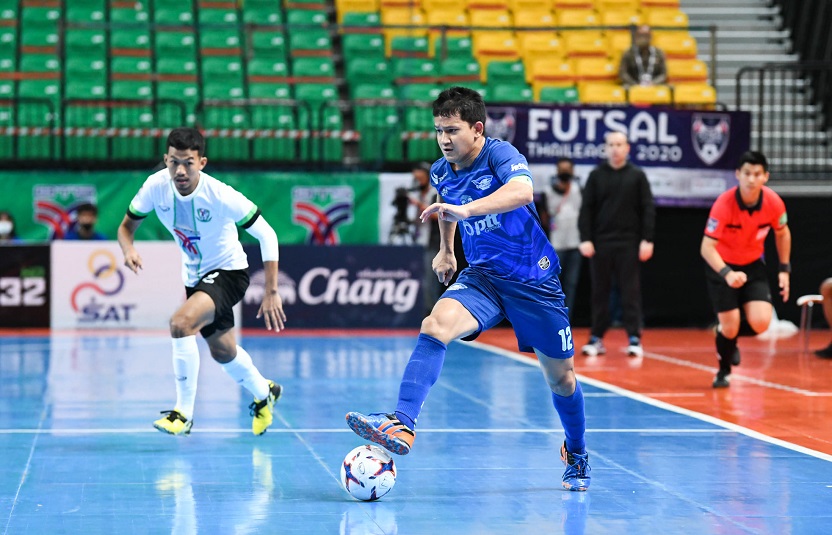 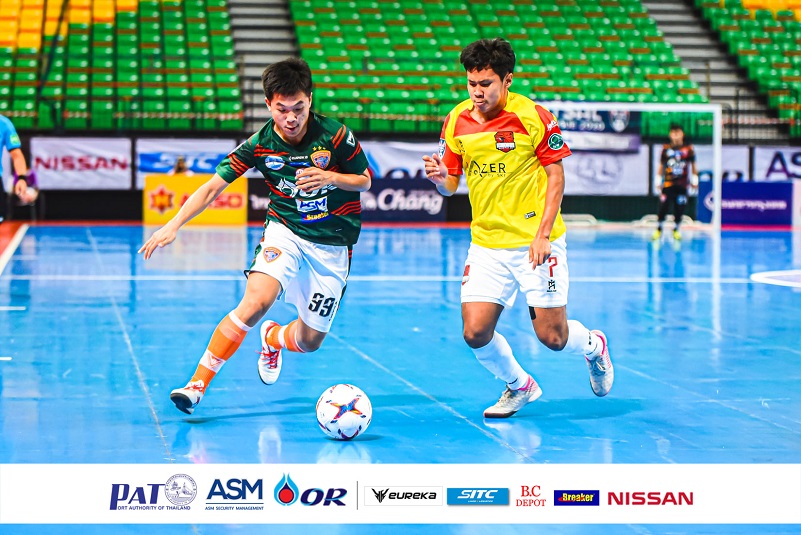 Unstoppable PTT Chonburi Bluewave made it a perfect ten when they won the Futsal Thai League 2020 title with two matches still to play.

But this week it was by no means easy for Bluewave when they were made to toil before they were able to steal to a 6-5 win over Bangkok BTS FC.

It was all Bangkok BTS at the start as Ramon De Sousa fired in a hattrick (3rd, 12th and 18th minute) in between Muhammad Osamanmusa’s own goal in the 11th minute for them to take a 4-0 lead all inside of 18 minutes.

Nattawut Mudayalan then pulled a goal back just before the break (19th minute) to put the score at 4-1 in favour of Bangkok BTS.

But Bluewave were not about to be denied as Muhammad Osamanmusa (28th and 36th) then ignited an eight-minute blitz (Apiwat Chaemcharoen 29th), Jirawat Sornwichian (32nd) for them to surge to a 5-4 lead.

And while De Sousa managed to draw level (38th minute) with his fourth goal of the game for the score to stand at 5-5, veteran Jirawat then nailed the winner right at the death.

ASM Port FC strengthened their position on second with a 3-0 whitewash of BKC Prachinburi Highway – off goals from Thanathip Saengsang (16th and 35th minute) and Thawatchai Rairat (38th).

ASM Port have 57 points while CAT FC are third with 46 points.