Home 2020 Back to back F1 eSports champions 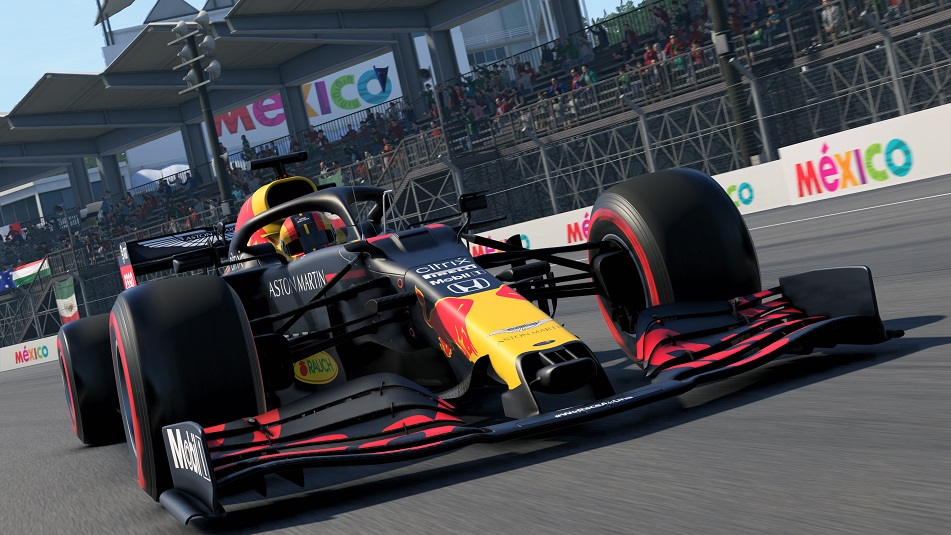 The F1 Esports Pro Series has been closer than ever in 2020 and with just one event and three races to go, the Red Bull Racing Esports Team, champions of 2019, were looking to double-down. We came to the fourth and final event of the season on 255 points, a comfortable – but by no means conclusive – 32 point lead over Alfa Romeo Esports ORLEN.

Victory and two further podiums ensured the Team once again took the Constructors’ Championship, while Frede would finish second and Marcel third in the Drivers’ Championship.

The three races of Event Four in the 2020 F1 Esports Pro Series were all at circuits F1 didn’t visit this year, reminding us all what we’ve been missing. Following victory in Abu Dhabi earlier this week to end the F1 season on a high, winning the Constructors’ Championship in the Esports Championship is the icing on the cake – but hopefully next year we won’t be dependent on Codemasters’ beautifully-rendered simulations to get our fill of Suzuka, the Autódromo Hermanos Rodríguez and Interlagos.

“My Grand Final started perfectly, claiming pole position following Marcel’s penalty. However, I stayed behind Nicolas (Longuet) for the whole race as I knew he had used all of his ERS on his first stint, so it was a matter of me waiting for the right time to make my move. On the second to last lap I went for the overtake, which was successful and crossed the line with the victory. We then headed to Mexico where again I had a nice lap in qualifying to claim pole. My race started strongly after a good battle down to Turn One. However, after my pit stop I caught some backmarkers and damaged my front wing. I drove as hard as I could and in the end the maximum I could achieve was third. Going into the final race of the season in Brazil, it’s my worst track. I struggled in qualifying to put any good lap together and qualified ninth. I started the race pretty well and pitted early, however I was handed a three second penalty for speeding in the pit lane. I did what I could and crossed the line in eighth, however after my time penalty it meant I finished eleventh in the end. Overall, it’s been a great season and it’s amazing to win back-to-back World Championships with Red Bull Racing Esports.”

“The Grand Final got off to the perfect start for me with my first ever pole. However, this was unfortunately taken away after I received a grid penalty due to my fourth official warning from the stewards between Events Three and Four. For the race, I went for an alternative strategy to Frede, but things didn’t work out, which ultimately put me in the worst position possible. Fifth was the maximum in the end. We then headed to Mexico, which is my least favourite track. I qualified fourth which wasn’t what I wanted. At the start I got off strongly, however I soon lost a few positions as I had to avoid an incident at Turn One. From then on, I tried to battle back but ended up crossing the line in sixth. It was then on to Interlagos where we were looking to finish the job. I managed to qualify well in second which meant I had a good chance of winning here again. I progressed well throughout the race and on the last few laps managed to overtake Nicolas to take first however he fought back and I crossed the line in second, but we did it!! We’re World Champions and I’m so happy, it’s awesome working with Tino and Frede. The chemistry and work ethic is on point and we’re really proud of it.”