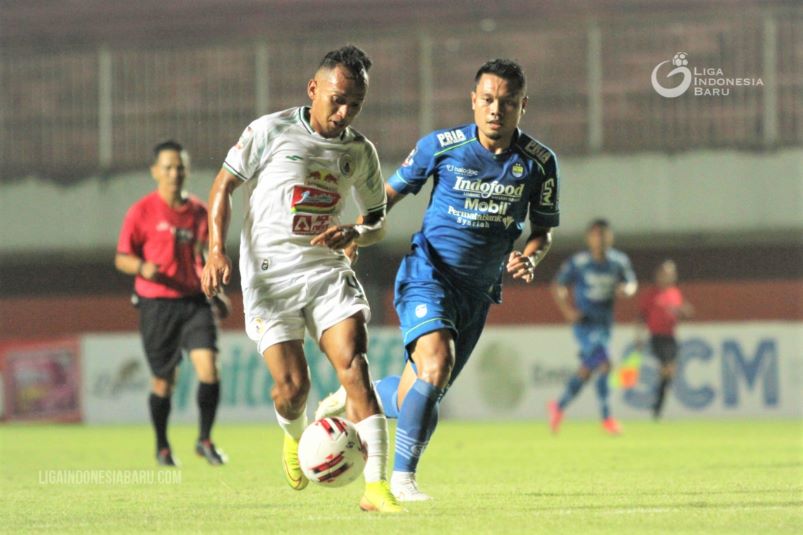 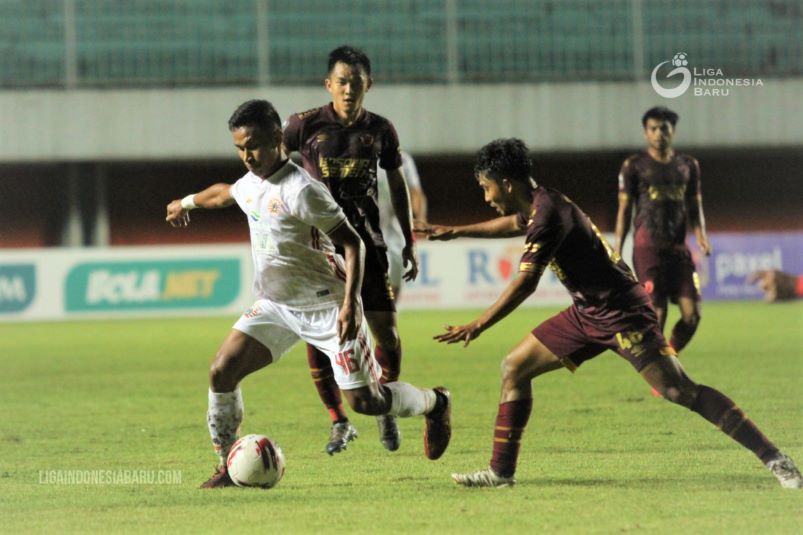 It was as explosive as had been expected and at the end of the first leg, semifinals of the 2021 Menpora Cup, Persib Bandung took a slim 2-1 lead over PS Sleman as PSM Makassar battled to a scoreless draw against Persija Jakarta.

In the match that was played last night at the Maguwoharjo Stadium in Sleman, it was PS Sleman that went ahead early in the 20th minute when Saddam Gaffar nodded home the cross from the left.

But it did not take Persib too long for the equaliser when Victor Igbonefo made good on the corner from Febri Haryadi just three minutes later.

It was PS Sleman who took the initiative to press forward into the second half but in spite of the several chances, they just can’t seem to find the back of the net.

And just when Sleman thought that the game will stay deadlocked all the way to the end, Persib produced the winner deep in injury time when Frets Butuan was in the right place and time to finish things off.

In the meantime, in the other semifinal between PSM Makassar and Persija Jakarta that was played two days earlier on Thursday, both teams had to be content with the scoreless draw.

But the match was marred with the referee having to produce 12 yellow cards for both teams and one red card for Persija’s Marco Motta.

“I think that the result was fair. Both teams wanted to win the game,” said Persija Jakarta head coach Sudirman afterward.