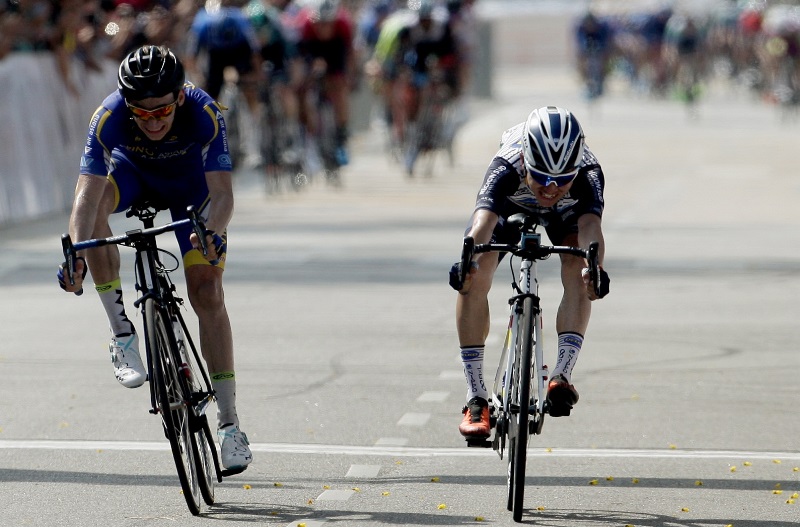 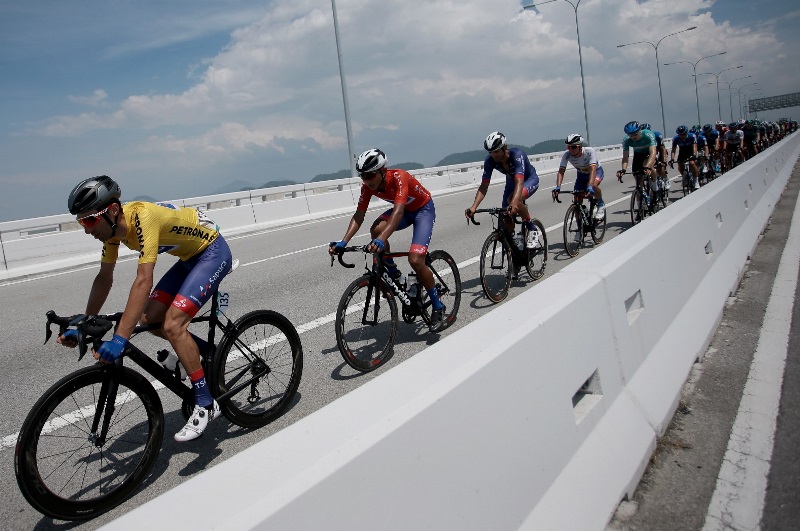 The 29-year old Nakane of the Nippo Delko Provence team was part of a four-man breakaway that included B&B Hotels Vital Concept’s Pierre Rolland and reigning under-23 world champion Samuele Battistella of the NTT Pro Cycling team, who were caught by a chase group as Nakane and Brussenskiy pushed on to contest the victory.

The peloton was spread out into several groups on a day that saw the yellow jersey on the back of Team Sapura Cycling’s Danilo Celano come under threat, as second placed Yevgeniy Federov of Vino-Astana Motors tried to make up a 30 second deficit to the leader, eventually succeeding in shaving five seconds off the lead with a 13th place finish in a chase group that finished four seconds ahead of Celano’s group.

Fedorov retained his white jersey as the leader of the Asian riders’ classification, while NTT’s Max Walcheid who led the sprint for 14th spot from the third split in the peloton, also retained the points classification lead.

But Sapura’s Nur Aiman Zariff, the surprise leader in the mountains classification, saw his huge lead cut to nine points as B&B Hotels Vitakl Concept’s Quentin Pacher took the maximum 10 points at the Category 1 climb at Teluk Bahang, moving him into second spot in the battle of the climbers on 20 points.

“I am very happy because this is my very first victory as a professional. I didn’t expect to win today because I thought it would be a bunch sprint. I felt good because at about 3km to go there was a little bit of a hill and I took my chance when the Kazakh rider attacked. It was undecided because I knew if the chase group caught us, we had a sprinter in there in Ricardo Minali, who would have a very good chance of winning,” said Nakane.

“I am also here to race for the general classification and I am very happy that I also gained one place today,” added Nakane, who moved up to sixth spot with a one minute and 34 seconds deficit to leader Celano.

Nakane ironically was part of the Aisan Racing Team squad nine years ago when Takeyaki Ayabe won a stage in LTdL that year, which was also the last time a Japanese rider won a stage.

With many splits at the front of the peloton as they crossed the Penang bridge onto the island, Fedorov said he sensed an opportunity to make up ground on Celano.

“My legs were feeling good on the last climb today, so I gave it a try,” said Fedorov, 19.

Nur Aiman, who saw his mountains classification come under threat, but will have a break from defending the jersey in the penultimate stage from Bagan to Alor Setar tomorrow, where the 130.4km route will not feature any categorised climbs.

“Tomorrow will be a flat stage, so our focus will be on protecting the yellow jersey and rest up for the final stage, where there will be 7 climbs,” said Nur Aiman.