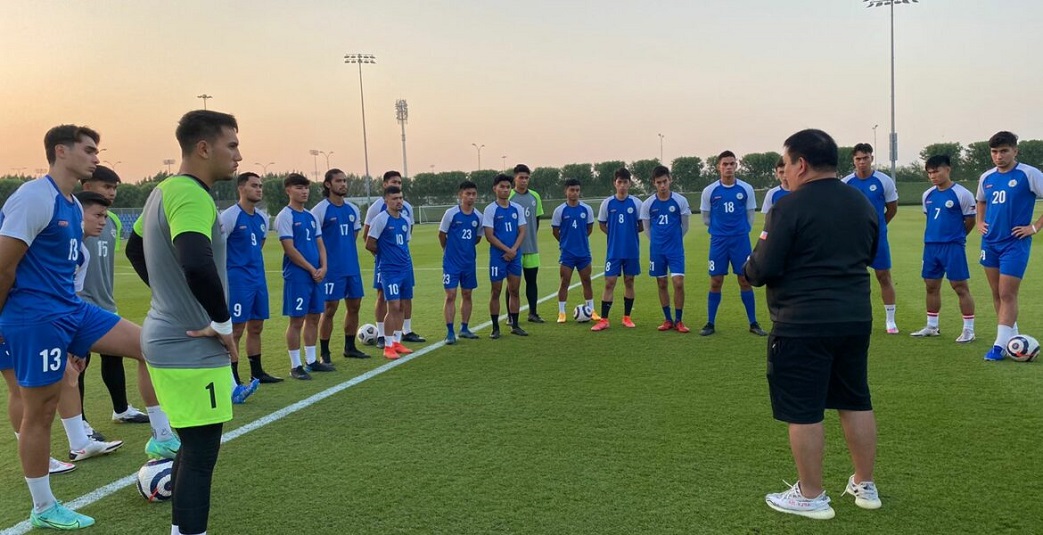 The Philippine Under-23 national team will compete in the AFC U23 Asian Cup 2022 qualifiers scheduled for 25-31 October 2021 in Singapore.

The Philippines are in Group H and will face defending champions South Korea, hosts Singapore, and Timor-Leste at the Jalan Besar Stadium.

Twenty-three (23) players (born after January 1999) were called up for the qualifiers.

The team is currently in Doha, Qatar for the final stages of the training camp, hosted by the Qatar Football Association.

Prior to the Qatar camp, the team also conducted a closed-circuit training bubble last September 2021 at the Aboitiz Pitch in Lipa, Batangas.- pff.org.ph