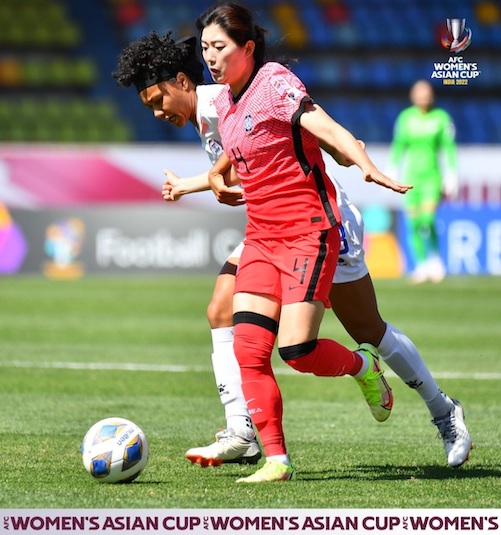 The Philippines women’s national team was denied a place in the final of the 2022 AFC Women’s Asian Cup when they fell to a 2-0 loss to South Korea in the semifinals yesterday.

In the match that was played at the Shree Shiv Chhatrapati Sports Complex in Pune, the South Korean girls booked their first ever appearance in the final off goals from Cho So-hyun and Son Hwa-yeon.

“It was a very tough match. South Korea were the better team and had more chances than we had. After 120 minutes in the last match, the players still fought right to the death,” said Philippines head coach Alen Stajcic.

“There’s an amazing amount of heart and courage in this group, and I’m proud of them. Everyone back home in the Philippines should be so proud of this group, who have come such a long way in such a short space of time.”

Just four minutes in, Player of the Match So-hyun headed in Kim Hye-ri’s corner as they then doubled their advantage in the 34th minute when an unmarked Hwa-yeon tapped in Choo Hyo-joo’s cross. – www.the-afc.com