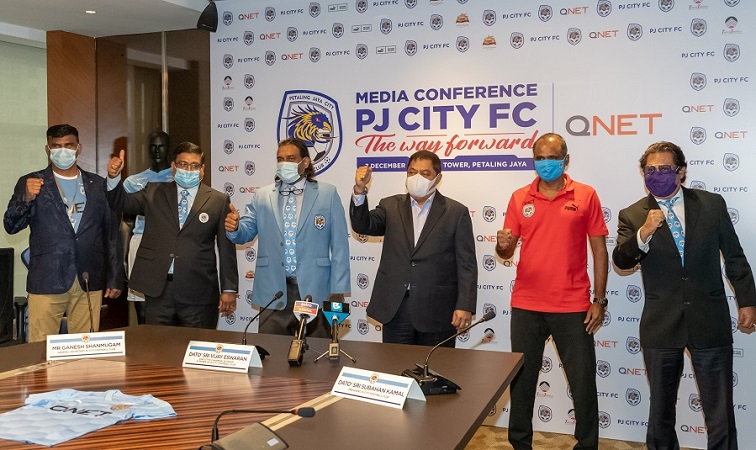 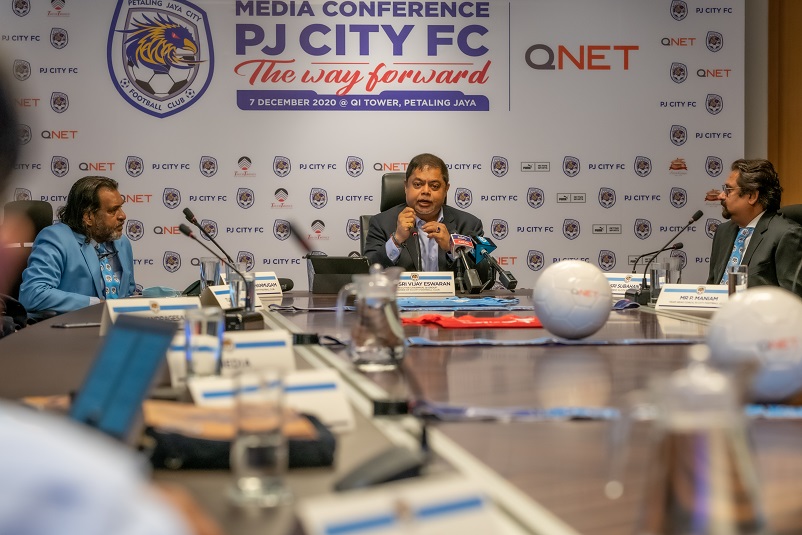 Marking their third consecutive appearance in the Malaysia Super League in 2021, PJ City FC will be out to stamp their mark as a fully professional Made-in-Malaysia football team.

In what is reputed to be a first by a local team to parade an all-Malaysian player line-up in the Super League, PJ City FC is entering a new exciting era, both on and off the pitch – all under the leadership of the club owner, Dato Sri Vijay Eswaran.

“My ambition from day one with PJ City FC has been to portray a 100 percent Malaysian team of players born and bred in our beautiful country.

“It is time to rekindle the glory days of Malaysian football. The time is definitely now and it will start from PJ City FC. Hence, I am proud to announce today that PJ City FC will field only local players in the Super League next season,” said Dato Sri Vijay who is also the Executive Chairman of QI Group.

Speaking at a media conference here, he pointed out that he was driven by the firm belief that locals can deliver, given the right coaching and directions – as proven in the past.

“I take pride in having lived through the ‘70s and ‘80s when the standard of Malaysian football was at its glorious best with just our local players. It is time we give our locals a chance to prove their worth and not depriving them of the opportunity.  We are very pleased to take this bold step of fielding 100 percent local players, with more young blood to be given a chance in the team. At PJ City FC, we want to give birth to more Mokhtar Dahari, Soh Cin Aun, Santokh Singh, and R. Arumugam,” he added.

With an all local players team, PJ City FC, also known as The Phoenix, are confident they will be a formidable force to be reckoned with in the 2021 season. The team has targeted a top-five finishing in the Super League and to compete strongly in the FA and Malaysia Cup tournaments.

As for players, PJ City FC would retain almost 60 percent of the 2020 squad and beef up the team with some new local signings as well as top talents from the youth team. The full list will be unveiled soon.