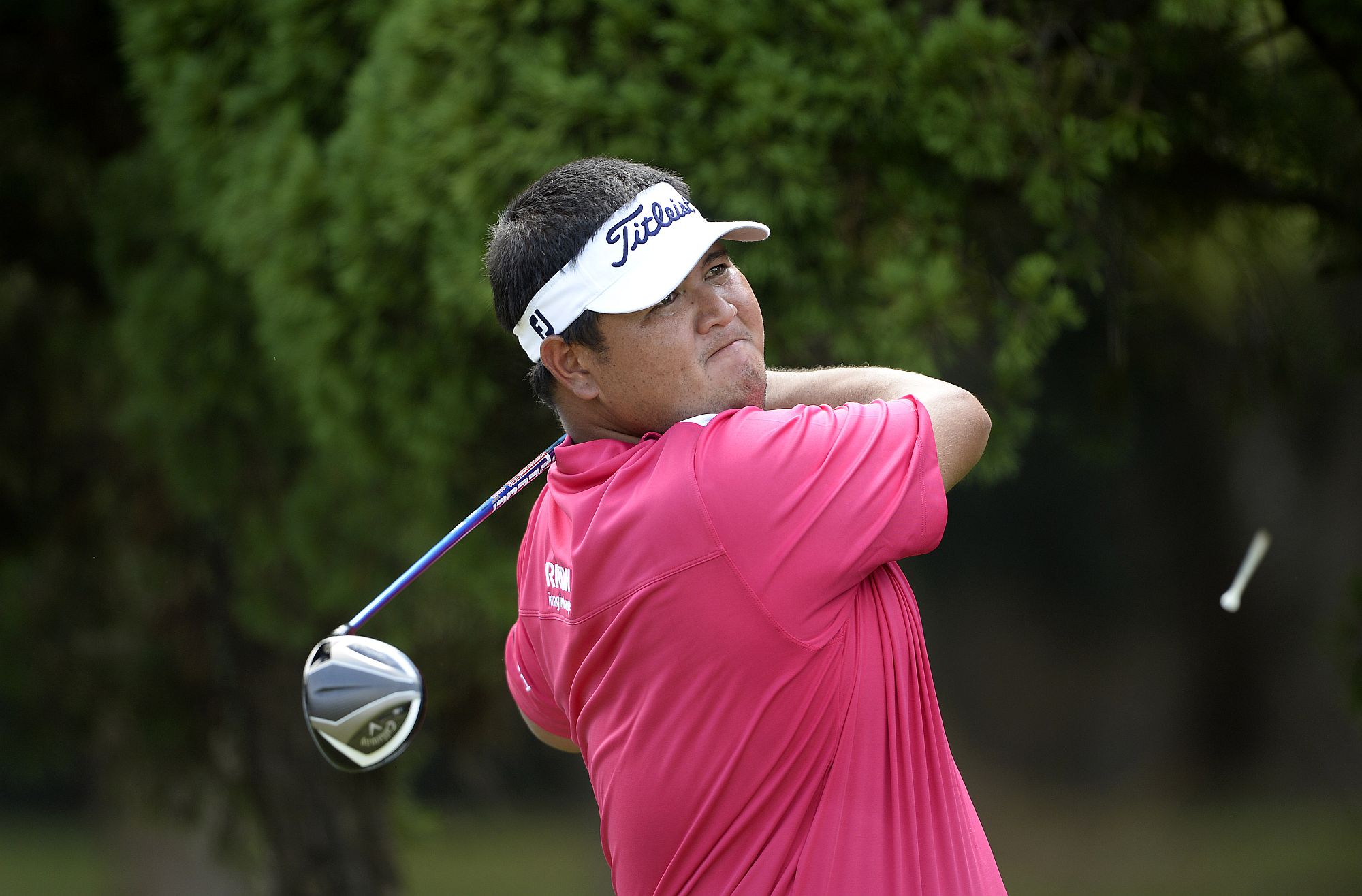 Thailand’s Prom Meesawat and former champion Lin Wen-tang of Chinese Taipei will be inspired to challenge for the Hong Kong Open title when they return to the fabled Hong Kong Golf Club next month.

Prom, nicknamed the Big Dolphin due to his physique and because he hails from the coastal town of Hua Hin, produced a dramatic final round fight-back courtesy of two eagles to join the three-way play-off before losing to Spaniard Miguel Angel Jimenez last year.

They will renew their friendly rivalry again from October 16 to 19 and will be joined by six-time Asian Tour winner Lin, who is fondly remembered for defeating Rory McIlroy in an enthralling play-off to lift the 2008 Hong Kong Open title.

Ernie Els of South Africa, a four-time Major champion and Asian Tour Honorary Member and International Ambassador, will also feature in the US$1.3 million event which is sanctioned by the Asian Tour, European Tour and Hong Kong Golf Association.

The burly Prom, who claimed a long awaited second Asian Tour win in Chinese Taipei last week, insists that he does not lose sleep over his defeat to Jimenez, who went on to clinch a record equalling fourth Hong Kong Open title.

“Even though I lost in the play-off, the Hong Kong Open remains as a good memory to me. I’m always happy to go back to the course. The secret to doing well there is to play against the golf course and trust in your game,” said Prom.

“I finished second but I’m still happy with the result. I holed two eagles which is a good achievement on that golf course. I couldn’t do anything better than that,” he explained.

Prom, ranked fourth on the Asian Tour Order of Merit, has enjoyed a good run of form where he one win and has yet to miss a single cut in seven appearances.

“It is a golf course which suits my game. You don’t have to hit driver on every hole so hopefully my three-wood stays hot until the Hong Kong Open,” said Prom.

It has been six years since Chinese Taipei’s Lin won the Hong Kong Open, but the winning memory remains as one of his proudest moments in his career.

His road to victory did not come easy as he needed to hit a sublime recovery shot from the trees to set-up a four feet birdie putt to stay alive in the play-off with McIlroy.

He then sealed victory at the second extra hole, pitching an exquisite approach shot to a foot for the winning birdie.

“My mind was blank at first but I tried to keep calm and I told myself the winner won’t be decided until I make my final shot. I just tried to hit the ball onto the green. I think God might have helped me because I made it.

“I really miss that moment now. That was probably the best moment in my career so far,” smiled the 41-year-old Lin.

The Hong Kong Open holds the honour of being the only national championship in Asia to be held at the same golf club since its inauguration in 1959. Past winners include Major champions McIlroy, Bernhard Langer, Greg Norman, Peter Thomson, Tom Watson and Ian Woosnam. Asian greats Lu Liang-huan, Chen Tze-ming and Kang Wook-soon have also tasted victory in Fanling.