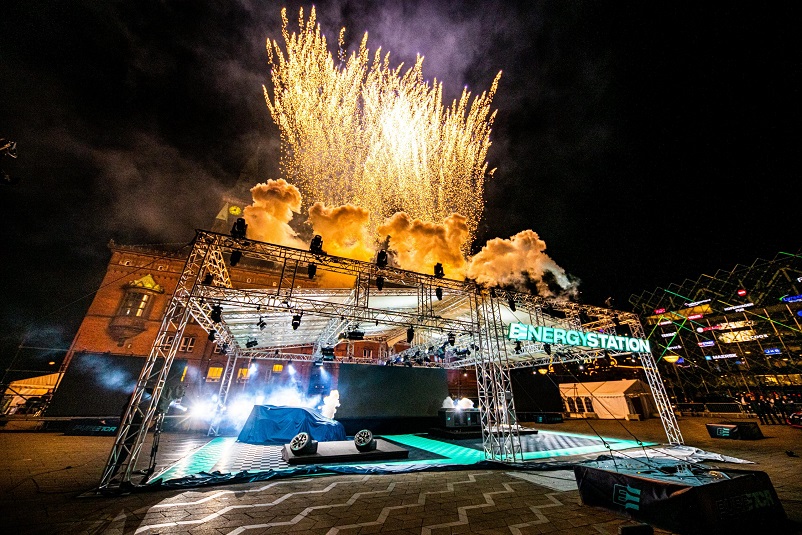 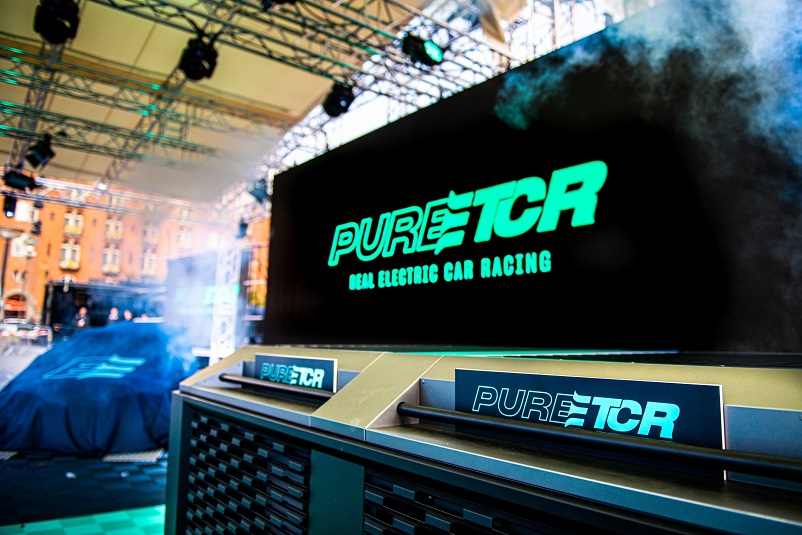 Located in the Danish capital’s Rådhuspladsen, the event brought together some of the key figures from the world’s first all-electric multi-brand touring car championship in the shadow of the magnificent City Hall building.

Copenhagen, which aims to be the first net-carbon-neutral capital by 2025, was specially chosen for the Grand Reveal due to its status as a city with electromobility at its heart, something that aligns perfectly with PURE ETCR.

Frank Jensen, the Lord Mayor of Copenhagen, conveyed his enthusiasm as he welcomed PURE ETCR to race in the Danish capital as part of the 2021 Copenhagen Historic Grand Prix.

CHGP CEO Jac Nellemann and PURE ETCR Series Director Xavier Gavory told the assembled guests and a global digital audience of their excitement about next year’s plans, which will bring the series’ action-packed Battle format to the Bellahøj Park street circuit.

Gavory also confirmed that PURE ETCR’s first full season in 2021 would comprise six events; four in Europe from May to August and two overseas in October and November.

The optimised calendar has been tailored to the series’ philosophy of ‘no air freight’, with sea transport – which causes 100 times less environmental impact – the preferred route.

The night kicked off with a spectacular light-and-sound show that culminated in the reveal of PURE ETCR’s Energy Station, on which the presentation was staged.

The megastructure will be the centrepiece of the PURE ETCR paddock. Cars will charge together, in full view of race fans, with energy provided from hydrogen generators to ensure decarbonised power and a by-product of water only.

Once fully-charged, PURE ETCR’s cars will produce 500kW peak power (680bhp), making them not only the most powerful touring cars ever made, but the fastest-accelerating too.

Hyundai Motorsport used the Copenhagen event to confirm their entry into PURE ETCR with the Veloster N ETCR, which will compete against the CUPRA e-Racer and the Romeo Ferraris-built Alfa Romeo Giulia ETCR in 2021.

Test and Development Driver Augusto Farfus drove the Veloster through the streets of Copenhagen and parked in front of the Energy Station.

He then gave the first public demonstration of the PURE ETCR hydrogen generator, plugging in his Hyundai to demonstrate the quick-charge capabilities that will take each racecar from 10% to 90% battery power in under an hour.

Founding partners Goodyear and TAG Heuer both put innovation at the heart of what they do, and PURE ETCR are thrilled to partner with two organisations synonymous with performance and success on the racetrack.

TAG Heuer, whose association with top-level motorsport dates back to the 1950s, will also be the series’ official timekeeper, ensuring precise results on-track when flat-out driving often separates the competitors by mere thousandths of a second.

PURE ETCR’s showcase event will take place at Adria International Raceway, Italy, on November 14-15 ahead of its first full season, with global Drivers’ and Manufacturers’ titles on the line in 2021.

Xavier Gavory, PURE ETCR Director, said: “Copenhagen has been an incredible host city for our Grand Reveal. We have had a spectacular location in a city where electromobility is a key pillar of where it is heading and welcomed a brand-new manufacturer in Hyundai. My huge thanks to the people of Copenhagen or their enthusiastic welcome. I cannot wait to be back here next August when PURE ETCR will put on one amazing show at the Copenhagen Historic Grand Prix.”