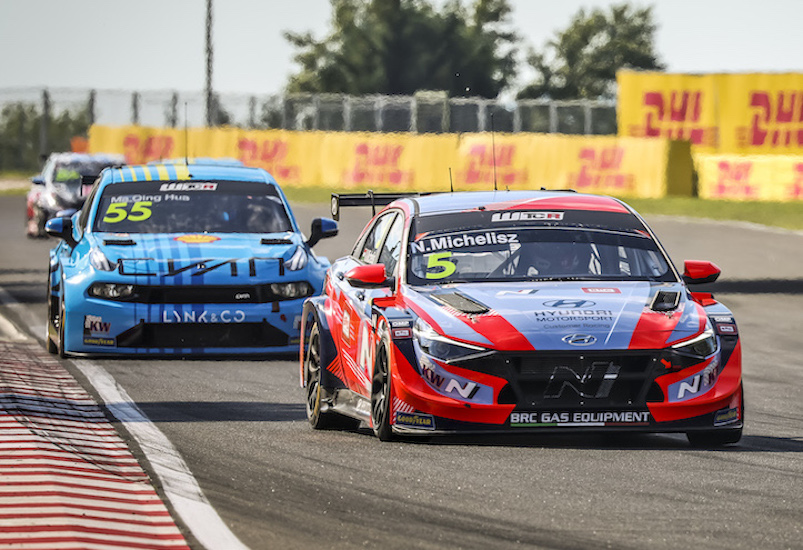 Norbert Michelisz wasted no time celebrating his return to form on home soil last weekend by announcing the “push” for more success in the WTCR – FIA World Touring Car Cup is already underway.

Michelisz, the 2019 of King of WTCR, placed fourth in Race 2 at the track where he made his name 18 years ago.

Following on from a difficult beginning to the season when he collided with fellow Hungarian and front-row-sitter Attila Tassi in a startline crash in Pau, Michelisz plans to build on the positives from his WTCR Race of Hungary outing aboard his Goodyear-equipped Hyundai Elantra N TCR.

“Hungary was a good weekend for me, I scored important points because I have to play catch-up in the [standings], so I am happy about that,” said the 37-year-old. “It was a special event, being my home race. The atmosphere was fantastic, and it will give me memories for the future.

“We struggled a bit because the car balance was good in the corners and under braking, but we lacked speed on the straight. It is very difficult to fight with other cars like this. You could see in the races we were not very competitive as soon as we arrived at higher speeds, and this makes it very tricky to defend or attack. For now, we must celebrate the positives of the weekend, and from tomorrow I think it’s a push to make the car faster for the following rounds.”