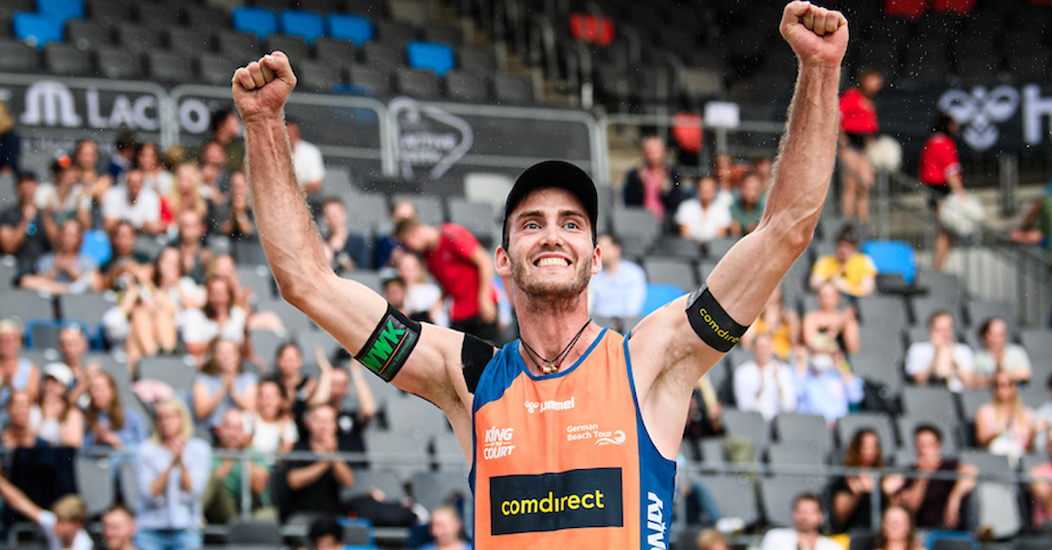 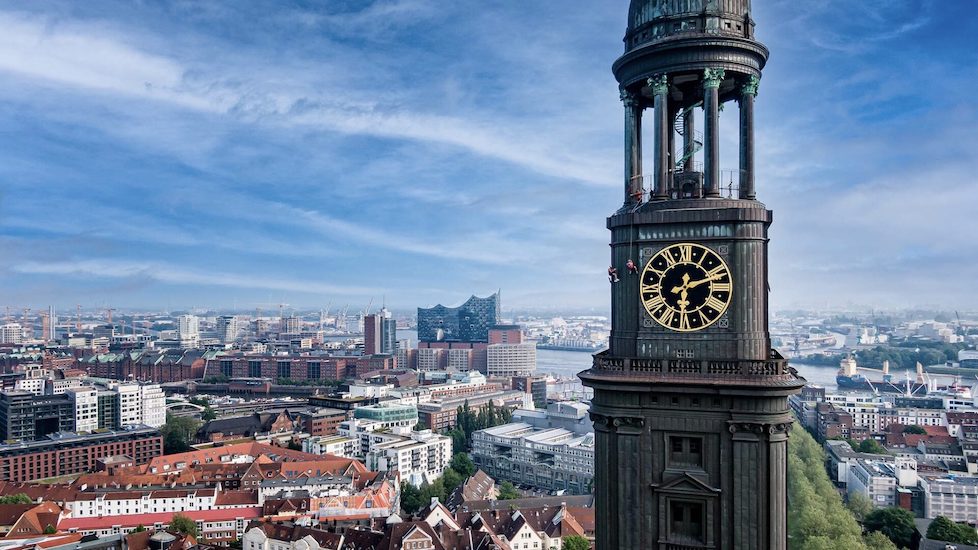 The King of the Court Crown Series 2022 are off on Thursday in Hamburg at the Heiligengeistfeld.

In the custom-built Active City Arena, with its combination of skyboxes and grandstand seats, a 1,000 people per session can enjoy the biggest beach volleyball show on earth.

Twenty teams in both genders will contest the royal titles in Hamburg Mitte. Who will be crowned on Sunday after four days of incredible beach volleyball action?

Lots of familiar faces will start the hunt for the crown on the women’s side. We have the German Queen from 2021, two Dutch queens and three Queens from previous international tournaments, including the winners of the King of the Court Finals 2021 in Doha; Sandra Ittlinger and Isabel Schneider.

Apart from those teams several Queen of the Court regulars will take the stage in the
Active City Arena.

Pool A consists of Queen of Hamburg 2021 Sarah Schulz and her partner Anne-Lena Grüne, who will fill in for Chantal Laboureur. Emilie Olimstad and Sunniva Helland-Hansen were finalists last year, will they make it to the podium this time?

In the combination of Pleun Ypma and Emi van Driel there’s a Dutch Queen, Emi van Driel took the title in 2021 with her sister Mexime, who’s playing in Pool B alongside Emma Piersma.

Pool B is headlined by the Queens od Doha, Ittlinger and Schneider, they’re after their second consecutive title.

We also have the Queen of Utrecht 2021 in this group, Maria Belén Carro with Spanish compatriot Angela Lobato Herrero.

The first of two Ukranian teams is also in Pool C, Valentina Davidova and Diana Lunina.

The second Ukranian duo is in Pool D, the twins Iryna and Inna Makhno will take on the 2016 Olympic champion Kira Walkenhorst who teams up with Doha bronze medalist Anastasia Kravčenoka (LAT).

Phoebe Bell won the bronze with her, she has paired-up with Australia’s Nicole Laird. We have another twin pairing in Pool D, the fabulous Nicole and Megan McNamara from Canada with their incredible attacking style.

All to play for, check out the schedule here and make sure you buy your tickets now!

In the men’s tournament eight former international Kings will take to court. Piotr Kantor is the reigning King of Hamburg, Ahmed and Cherif still proverbially wear the Doha crowns.

Alexander Brouwer and Aleksandr Samoilovs haven’t missed a King of the Court event so far, they will go for glory in their tenth tournament.

Brouwer will do so in Pool A together with 2020 Dutch King Ruben Penninga. They’re up against the power of Poniewaz Quadrat, twins Bennet and David who will want to repeat last year’s rise to the podium.

Estonian Mart Tiisaar and Swiss Yves Haussener are back after reaching the final in Doha
together, they’re playing with their regular partners this time. South America’s interests are
defended by Argentina’s Julian Azaad and Maciel Bueno Torres.

Ahmed and Cherif lead Pool B in which they face the cousins from Chile, Esteban and Marco Grimalt who made a lasting impression in Utrecht 2020.

The second Argentinian pairing of Tomas and Nicolás Capogrosso are King of the Court firsts, let’s see what they can do. Paul Henning forms a duo with Nejc Zemljak from Slovenia and Mark Nicolaidis and Izac Carracher take their form from the Rome
World Championships’ 9th place finish with them.

In Pool C we see a clash of former Utrecht Kings. Adrian Gavira takes, together with Alejandro Huerta, takes on Marco Krattiger and Florian Breer.

The final pool has some international hook-ups. Clemens Wickler, 2021 German King has found himself a Dutch blocker, who’s King of Utrecht 2017, when the first-ever King of the tournament was held: Robert Meeuwsen.