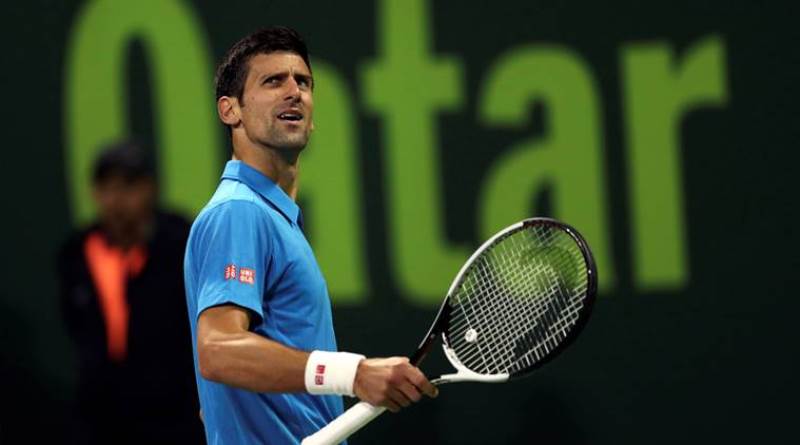 One of the season’s traditional curtain-raisers, the Qatar Open, begins Monday but with the late withdrawal of Novak Djokovic the tournament is shorn of its usual A-list headline acts.

Djokovic (main pix), the champion in Doha for the past two years, pulled out on Saturday because of continuing problems with a niggling elbow injury.

His absence was bad news personally — placing doubts over his participation in January’s Australian Open — and potentially also for the tournament, which in the past few seasons has earned a growing reputation.

The year before, Djokovic destroyed Rafa Nadal in the final, dropping just three games against the Spaniard in a breathtaking display to take the title, an ideal warm-up before claiming his sixth Australian Open crown a few weeks later.

This year, though, the field in Qatar is less eye-catching but may provide an opportunity for the new stars of tennis to push through.

With Djokovic gone, the number one seeding has been handed to the world number five, Dominic Thiem.

The Austrian is looking to rebuild on an initially promising 2017, when he reached the semi-finals of the French Open before losing in Paris to eventual champion and current world number one Nadal.

Thiem warmed up for Qatar by appearing at the Mubadala World Tennis Championship in neighbouring United Arab Emirates, where he lost on Friday to eventual tournament winner Kevin Anderson.

Thiem, 24, could be one of the next generation of tennis stars to capitalise on the current woes of the sport‘s biggest names, even as soon as next month’s first Grand Slam in Melbourne.

With Djokovic and Murray recovering from long-term injuries, and Nadal still recuperating from a knee problem, the time could be right for players such as Thiem to push through to the next level.

He has been handed a first-round match, due to take place on New Year’s Day, against Russia’s Evgeny Donskoy.

Number two seed in Doha will be Pablo Carreno Busta, 26, the world number 10.

He has been drawn against Croatia’s Borna Coric, another player tipped to emerge over the next few years as the old guard eventually leaves the world stage.

These two could be pushed hard in Doha by veteran Tomas Berdych.

The Czech star, 32, has gone close on two occasions in Qatar, being eliminated in the past two seasons in the semi-finals.

The top quartet of seeds is completed by Spain’s Albert Ramos Vinolas, the world number 23.

Also in the field is fellow Spaniard Fernando Verdasco, who reached the semi-finals last year before losing to Djokovic in three sets, and France’s Gael Monfils. – Agence France-Presse