Home 2021 Record-breaker Holloway: ‘The sky is the limit’ 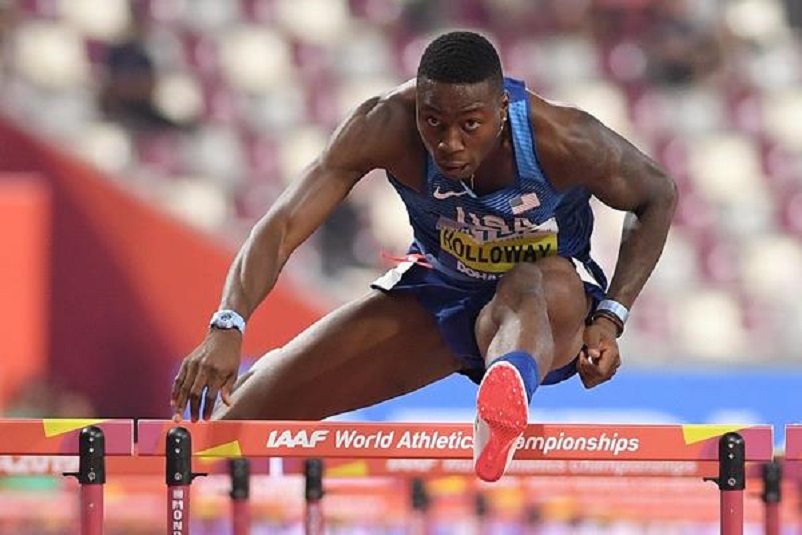 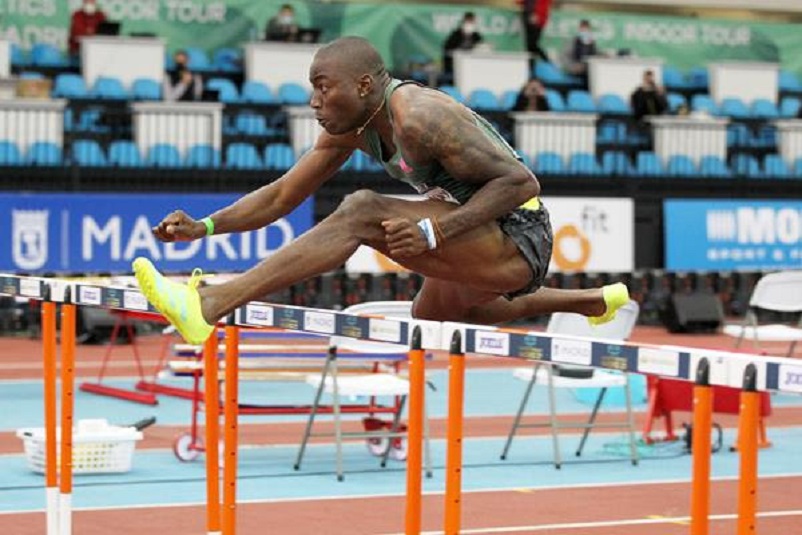 “Hurdlers are sprinters with attitudes,” says Grant Holloway. “Our event is sexier than just a regular fast sprint because we have barriers in our way.”

The world champion has certainly brought excitement to the sprint hurdles. Capped by his world indoor record of 7.29 (pending ratification) at the World Athletics Indoor Tour Gold meeting in Madrid on Wednesday, Holloway has pieced together one of the greatest indoor campaigns ever for the 60m hurdles.

Including heats, he has won all 10 of his races in 2021, extending an indoor sprint hurdles winning streak that now spans six years. He has bettered 7.40 in seven races this year – a record for one season – while his lifetime tally of sub-7.40 performance now stands at nine, equalling Colin Jackson’s record figure. Holloway also now owns five of the nine fastest 60m hurdles performances in history.

Holloway’s ‘slowest’ winning time in a final this year, 7.41, is a time that no one else in the world has bettered. Indeed, just one other athlete has broken 7.50 in 2021. His average winning margin, meanwhile, is 0.23 – almost a quarter of a second.

“I’m not really surprised (with my form),” said Holloway. “I’ve been working for it; it was just a matter of executing and doing what I do best. It’s all about momentum. I’m staying consistent in the 7.3s and that’s the goal for this season. I had two races in the 7.4s, but the majority of my races were in the 7.3s.

“No race is perfect; there’s always something you can do better. But if you stay consistent, you’ll have a breakthrough sooner or later.”

Jackson, the former world record-holder, had been keeping a close eye on Holloway’s races this year and he was pleased to see the long-standard mark of 7.30 finally go.

“As a fan of athletics, it was great to see Grant break the indoor record,” said Jackson. “He’s been so close on a few occasions, so it was only going to be a matter of time. I’m always excited to see history being made. Congratulation Grant, keep improving and go sub 7.25!”

• Video: ‘Hurdlers are sprinters with attitudes

Born and raised in Chesapeake, Virginia, and a student at Grassfield High School, Holloway enjoyed competing in a range of disciplines during his early days in the sport.

His potential started to become apparent in 2013. At the New Balance Indoor Nationals – one of the biggest age-group competitions in the US – Holloway won the 60m and 400m, underlining his natural all-round sprinting ability. At the outdoor edition of those championships later that year, he won the long jump. Then at the AAU Junior Olympics two months later, he won the high jump and placed third in the 110m hurdles.

In his later years as an U20 athlete, however, he’d often finish third at national trial events, narrowly missing out on making teams for international championships.

Nevertheless, his ability had not gone unnoticed by US colleges and in 2016 he joined the University of Florida, where he joined Mike Holloway’s training group.

He went on to repeat his indoor and outdoor NCAA sprint hurdles titles in 2018 and 2019 and added the indoor 60m flat title to his collection for good measure.

His collegiate career ended on a high at the outdoor NCAA Championships where he won three medals in the space of two-and-a-half hours, winning the 4x100m in a collegiate record of 37.97, then taking the 110m hurdles title in a PB of 12.98, another collegiate record, before producing a 43.75 anchor leg to elevate the University of Florida from fourth to second in the 4x400m.

He turned professional soon after, won his first race on the international circuit, secured his spot on the US team for the World Championships, and then went on to secure gold on Doha in what was his 50th competitive appearance of 2019.

But 2020 wasn’t exactly how Holloway envisaged his first 12 months as the reigning world champion in his event.

“2020 was definitely a growth year, not just for me but for everybody,” he said. “I think it’s what we needed, and now we can start to rebuild and get back to normal.

“I’m healthy and I’m happy – physically, mentally and emotionally. I’m just having fun. I’m 23 years old, I feel like I’m in the best shape of my life.”