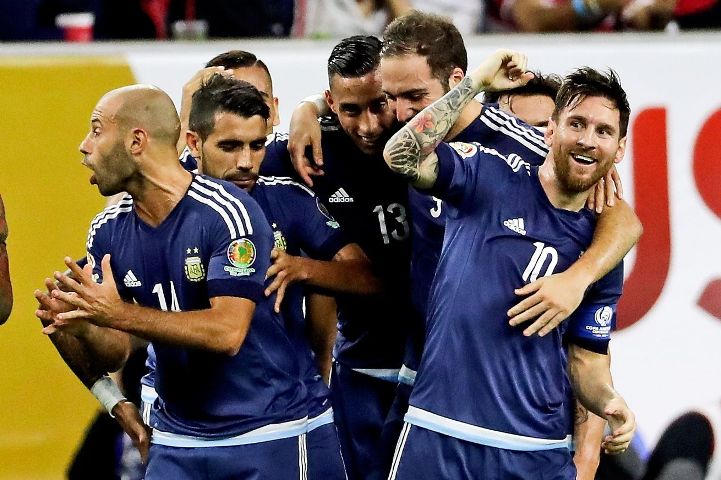 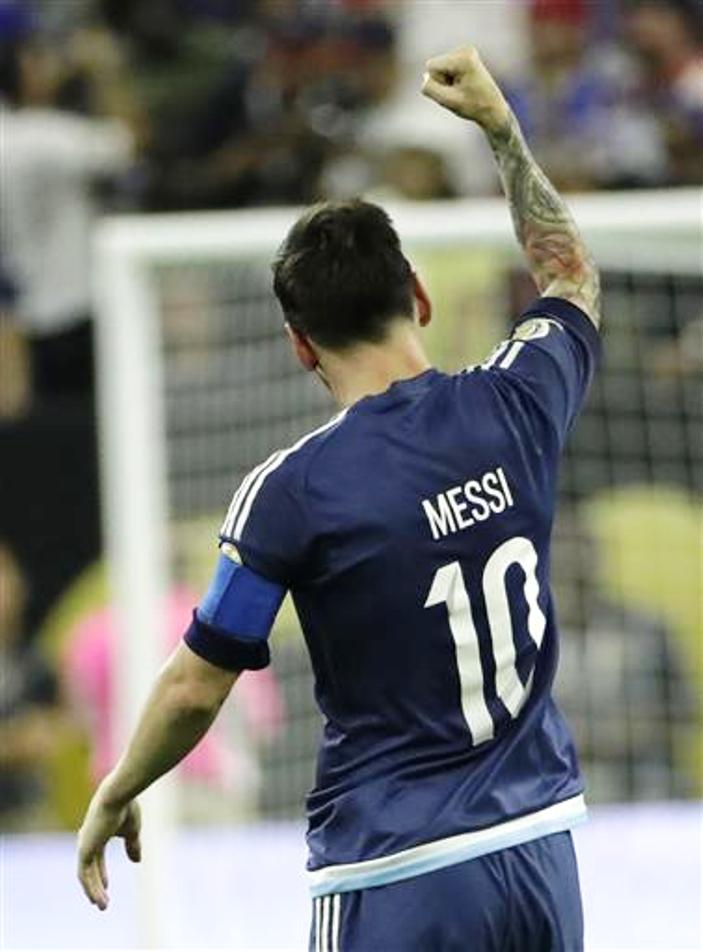 Messi curled in a magnificent 32nd-minute free-kick to become Argentina’s all-time record scorer with 55 goals as the United States’ campaign ended with an emphatic defeat in front of a 70,858 crowd at Houston’s NRG Stadium.

The five-time world player of the year now has five goals in this Copa America as he aims to lead Argentina to their first title in 23 years.

The Barcelona superstar also created Argentina’s opening goal for Ezequiel Lavezzi and was involved in the build-up for their third, scored by Gonzalo Higuain in the 50th minute. Messi then laid on the pass for Higuain’s second four minutes from time.

Argentina will now face either Chile or Colombia in Sunday’s final at East Rutherford, New Jersey.

A disastrous start for the United States saw the hosts fall behind after only three minutes when they gifted possession to Messi on the edge of the area.

The Argentina captain instantly spotted that Lavezzi was unmarked and lofted a first time pass through to the China-based midfielder to head home.

Argentina might have doubled their lead five minutes later, when Ever Banega backheeled to pick out Marcos Rojo, who crossed for Messi, only for the Albiceleste skipper to shoot over.

Messi was again on the prowl in the 14th minute, seizing upon another American mistake to burst clear from near halfway before firing a shot which Brad Guzan managed to gather safely.

With Argentina monopolizing possession, it was only a matter of time before the South Americans scored again.

The second goal almost came on 22 minutes when Messi released Higuain with a quick free-kick into the penalty area, only for Geoff Cameron to snuff out the danger with a desperate tackle.

But just after the half-hour mark the US defense buckled, Messi causing panic on another foray before being bundled over with a crude challenge by Chris Wondolowski, who was promptly booked.

From the ensuing free-kick, Messi stepped up to curl in his magnificent record-equalling effort and Argentina were 2-0 up.

There was little for the US to cheer in the remainder of the half, with only a single raid by DeAndre Yedlin down the right flank and into the area offering hope on 35 minutes.

The right back’s cross was easily cleared though, and that was as good as it got for the US, who failed to test Argentina goalkeeper Sergio Romero once during the first 45 minutes.

Klinsmann introduced Borussia Dortmund teenager Christian Pulisic at half-time for the ineffective Wondolowski but within five minutes it was 3-0.

Once again, the US coughed up possession in midfield and from the left flank Lavezzi picked out Higuain in the penalty area.

Higuain’s first shot was saved by Guzan, but the Napoli striker was on hand to tap in the simplest of rebounds.

With hope ebbing away, the remaining 40 minutes became an exercise in damage limitation for the Americans.

The hosts earned a brief respite from the onslaught when play was held up after Lavezzi injured himself falling over a hoarding, but Argentina were quickly back in control.

The only surprise was that it took until 86 minutes for Argentina to grab their fourth, Messi pouncing on yet another US mistake to burst into the box before squaring for Higuain to finish with aplomb. – Agence France-Presse