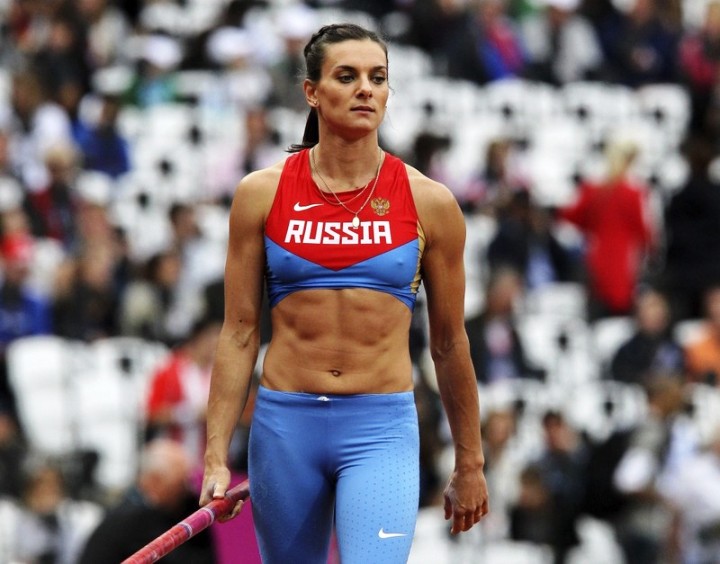 Pole vault legend Yelena Isinbayeva defiantly claimed all hope of competing at the Rio Olympics is not lost after posting a world leading mark in the Russian Championships on Tuesday.

Russian track and field athletes are banned from the Games in August unless they can prove they have not been tainted by the disgraced Russian system.

Isinbayeva has threatened to sue world athletics governing body the IAAF over the Olympic ban — imposed due to state sponsored doping and mass corruption — and she stressed on Tuesday that she hasn’t thrown in the towel.

“Today I have to admit that deep down there is hope. It hasn’t died completely,” said the 34-year-old twice Olympic and three-time world champion, who cleared 4.90-metres in Cheboksary in her first official competition since 2013 due to giving birth to her daughter in 2014.

“We still have to fight to compete at the Olympics in Rio. We have to file our case in court now.

“If I win my case at CAS (Court of Arbitration forSport), that will mean I am allowed to compete.”

Isinbayeva also praised International Olympic Committee (IOC) president Thomas Bach after he said earlier on Tuesday that any Russian athletes at the Games would compete under their own flag, contradicting claims made by the IAAF at the weekend when they confirmed the Russian ban, which was first imposed in November, would remain in place.

“The most pleasant thing for me personally today is that all athletes who win their cases will compete under the Russian flag. That’s a victory,” added Isinbayeva.

“I was desperate yesterday, but I’m very optimistic today.

“The president of the International Olympic Committee, Thomas Bach, turned out to be, if not humane, but sober-minded.

“Now it means that the end of my career, I hope, will be in Rio.”

The IAAF offered an olive branch to Russian athletes provided they can meet certain strict criteria in terms of the fight against doping.

World champion 110m hurdler Sergey Shubenkov, who won his event at the Russian Championships in Cheboksary, said he hopes to be able to compete in Rio.

“I feel fantastic, we are competing, jumping hurdles, hurrah! It’s super!” he exclaimed.

“I wanted to say a lot of things about this (the IAAF situation) but all this is not important anymore. Of course it’s good that this leaves us a chance. There are lots of conditions from what I understand but I hope that I will comply with them.”

One athlete who is likely to comply is Florida-based long jumper Darya Klishina.

She won her national championship with a leap of 6.84m and then said she was delighted to hear that Russians, if they qualify, could at least compete for their country and not be forced to fly a neutral flag.

“I read the news this morning,” Klishina told reporters on Tuesday.

“I was not only happy for myself but for the other athletes who will be able to compete at the Olympics in spite of this situation.”

Klishina said she was still unclear on which procedures she needed to complete to apply for a chance to compete in Rio, but said her coach and agent would look into it.

But the head of Russia’s athletics federation, Dmitry Shlyakhtin, said on Monday that being based abroad should count in Klishina’s favour.

The 25-year-old, a two-time European indoor champion, said that her preparation for Rio had been hindered by the IAAF suspension.

Since then, Russian athletes have been barred from taking part in international track and field meets alongside the world’s best.

“When you don’t feel this competition, it’s very difficult,” she said. “We can say that they are letting us compete without preparation for the Olympic Games.”

Klishina said she was flying to the United States later this week to resume her pre-Olympic preparation at the prestigious IMG Academy, which is known for producing elite golfers and tennis players. – Agence France-Presse