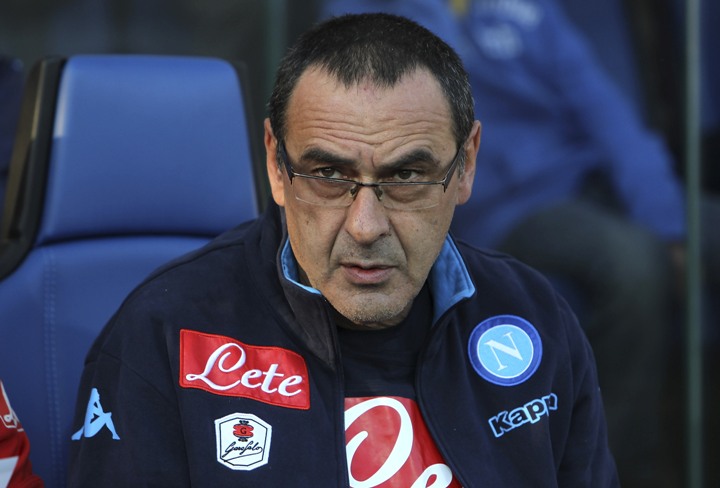 Napoli coach Maurizio Sarri hailed Gonzalo Higuain as “the top striker in the world” but says the Argentinian can do more on his record-setting run towards Serie A’s top scorer’s award.

“If he was a little more aggressive when going to the net, he’d score a lot more,” Sarri said after Napoli moved two points clear of Juventus and four ahead of Inter Milan at the top of Serie A thanks to a 3-1 win against Sassuolo on Saturday.

“But he’s still the top striker in the world right now.”

Yet, in his first game of the second half of the season on Saturday, ‘Pipito’ hit his fifth brace from his last seven games to take his goals tally to 20 from 20 league games.

There are still 18 games to play, so if he continues like this, the French-born Argentina international could rewrite the Serie A history books.

The last two Capocannoniere (top scorer) awards were won with a total of 22 goals, Ciro Immobile finishing top in 2014 and Mauro Icardi and Luca Toni sharing last year’s prize with the same tally.

Only the feats of Toni, who at 38 years old is playing possibly his last season with basement side Verona, can be used as any kind of yardstick.

It took Toni 21 matches to hit 20 goals during the 2005-2006 campaign, when the then Fiorentina striker’s 31-goal tally secured the top scorer’s prize, earned him a call-up to his maiden World Cup and, after the final’s penalty shootout against France, a World Cup winners’ medal.

Higuain has been on fire this season, as opposition coaches have noticed.

“For 41 minutes my defenders made sure he didn’t get a touch. Then on his first touch of the ball he showed all his class,” said Sassuolo coach Eusebio Di Francesco said Saturday.

“You don’t need me to explain how good he is.”

Higuain’s incentives this season are twofold.

He is keen to cement his place in Argentina’s squad having fallen out of favour after missing his penalty in the shootout of the Copa America final against Chile last year.

Chile went on to win 4-1 on penalties and Higuain, for the second time in a month, became the scapegoat.

Weeks earlier, Higuain and Napoli goalkeeper Mariano Andujar were targeted by hardline Napoli ‘ultras’ after the striker, after hitting a brace, missed a penalty in a 4-2 defeat to Lazio on the final day of the season.

It cost Napoli a place in the qualifying round for the Champions League while Higuain’s car was vandalised by disgruntled fans.

Higuain was all set to start a third season at Napoli under the helm of Rafael Benitez, until the Spaniard’s sacking paved the way for former Empoli coach Sarri to take over.

After an inauspicious start that prompted club legend Diego Maradona to publicly lambast the track-suit wearing, chain-smoking Sarri, Napoli were soon into their stride.

Since their opening day defeat to Sassuolo, Napoli have conceded defeat just once, to Bologna, to become bona fide title challengers in a championship dominated by Juventus the past four seasons.

Although Sarri has worked his magic throughout the club, his close relationship with Higuain appears to be key.

“If I’m honest, a lot of what I’m achieving at the moment is down to Sarri,” Higuain said. “We try to encourage each other because we’re both working for the same goal.”

If Higuain maintains his current rhythm, he could exceed the all-time record of 36 goals, scored by Gino Rossetti for Torino in the 1928-29 season.

Since Italy’s top flight was contended by 20 clubs from the 2004-2005 season, the third time in the league’s history, only Toni has come close to that figure.

Perhaps more importantly, Higuain’s goals could fire Napoli to their first title since 1990 when Maradona steered the ‘Partenopei’ to their second title after their historic triumph in 1987.

In the meantime, being first on both fronts, says Higuain, is a “special feeling”.

“I can say it’s definitely a special feeling being on top,” Higuain said Saturday. “We’re having a really positive spell at the moment and we have to capitalise as much as we can.” – Agence France-Presse