Home 2021 Reds reduced to ten in goalless draw with Phoenix 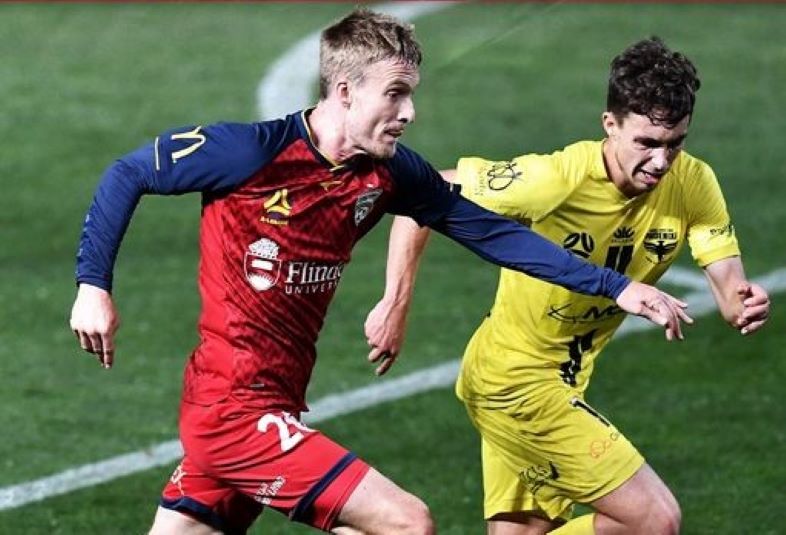 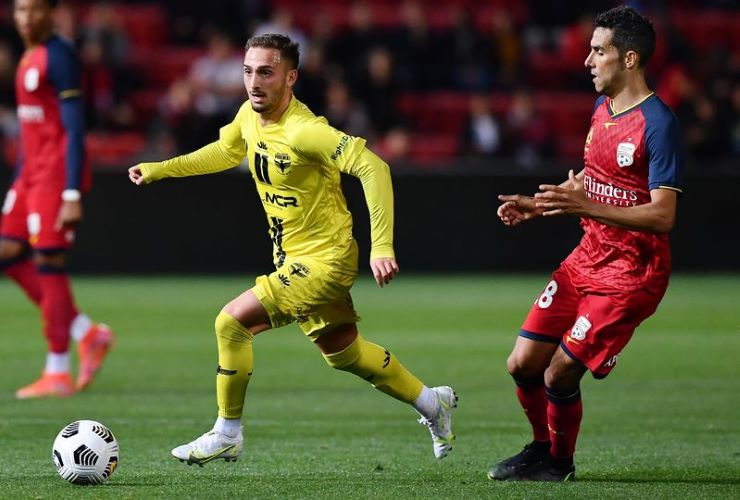 Adelaide United registered their second 0-0 at Coopers Stadium in seven days on Friday night, surviving a late red card to defender Ryan Strain to earn a point against Wellington Phoenix.

The away side was unable to capitalise on Strain’s dismissal in the 74th minute for a second yellow card, as the Reds had the better of the late chances in the goalless draw.

Ben Halloran was the danger man for the home team throughout the contest, going close to breaking the deadlock with his best chance of the game when sending a dangerous ball from a tight angle past the wrong side of the left-hand goalpost, before Kusini Yengi emerged from the bench for Carl Veart’s side to cause late problems for the Phoenix defence.

Strain received his first booking in the 68th minute for kicking the ball away after referee Alireza Faghani blew his whistle for a foul on Phoenix forward Ben Waine. Strain proceeded to foul ‘Nix substitute Reno Piscopo in an attacking play just six minutes later to see his name go into the book for a second time, leaving Adelaide to defend with ten men for the last 15 minutes of play.