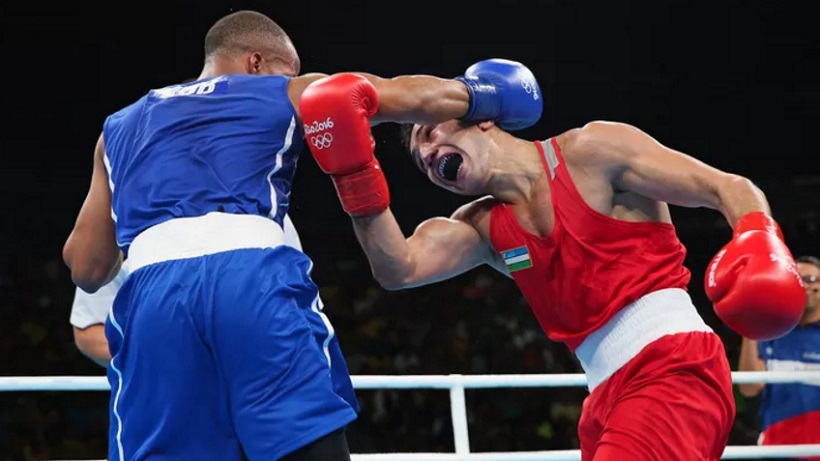 Amateur boxing’s governing body said Wednesday it had dropped an undisclosed number of officials from the Rio Olympics after “less than a handful of decisions not at the level expected”.

The International Boxing Association (AIBA) acted after several aggrieved boxers and their trainers accused the world organisation of either corruption or overseeing what one highly respected coach called some “crazy” judging decisions in Brazil.

The AIBA challenged anyone with evidence of deliberate wrongdoing to prove it or face legal action, saying in a statement that it had carried out a “thorough examination by the relevant commission”.

The so-called AIBA R&J Commission (referees and judges) had reviewed all 239 bouts to date in Rio “and determined that less than a handful of the decisions were not at the level expected”, said the statement.

“Consequently it has been decided in accordance with the AIBA R&J evaluation committee that the concerned referees and judges will no longer officiate at the Rio 2016 Olympic Games. In accordance with AIBA rules the result of all the bouts will stand.”

It did not say what the concerned bouts were, but a firestorm erupted on Monday when the Russian Evgeny Tishchenko was awarded the heavyweight title against the Kazakh Vassiliy Levit (main pix), but most observers and the booing crowd felt it was the wrong decision.

Tishchenko was booed all the way to the podium.

And then on Tuesday Ireland’s world champion Michael Conlan launched a furious, foul-mouthed tirade at judges and the AIBA when the judges said he had lost — again, the crowd jeered and many boxing experts thought Conlan had won.

The victor was again Russian.

“With regard to corruption, we would like to strongly restate that unless tangible proof is put forward, not rumours, we will continue to use any means, including legal or disciplinary actions, to protect our sport and its R&J community, whose integrity is constantly put into question,” the statement said.

“We welcome all parties to come forward and provide evidence in order to take appropriate and immediate action.”

AIBA officials double up as referees and judges.

Separately, a senior official for the under-pressure AIBA said he believed the opprobrium heaped on the organisation was down to ignorance of how the scores are tallied.

Gone is the punch-counting method previously used at Olympics when fights were scored automatically by a computer, replaced by three judges in line with professional boxing — part of AIBA moves to make the amateur game more attractive.

But if the AIBA was hoping it would spark fewer controversies, it has been proven wrong so far in Rio.

AIBA executive board member Tom Virgets said it was a transition period from “robots” to “analysts” and they had made the move because the old method of scoring meant boxers were simply trying to land hits to rack up points — more akin to fencing.

“We have a job to do with our coaches to train their boxers towards the criteria which AIBA is looking for, which is what we call a technically sound boxer,” he said.

Boxers are now judged on four criteria: good punches to the right areas; technique and tactics; aggressive but controlled boxing; and rules infringements.

Virgets says it will take time for the public to understand why a fight has been scored the way it has been.

“People go to a gymnastics meet and they understand what a 15.33 score means,” he said.

“We’re still building. We want to be able to educate the public so they can think like an official during a bout.”

The Kazakh boxing team — some of its officials were in tears after Levit’s loss — declined to comment. – Agence France-Presse