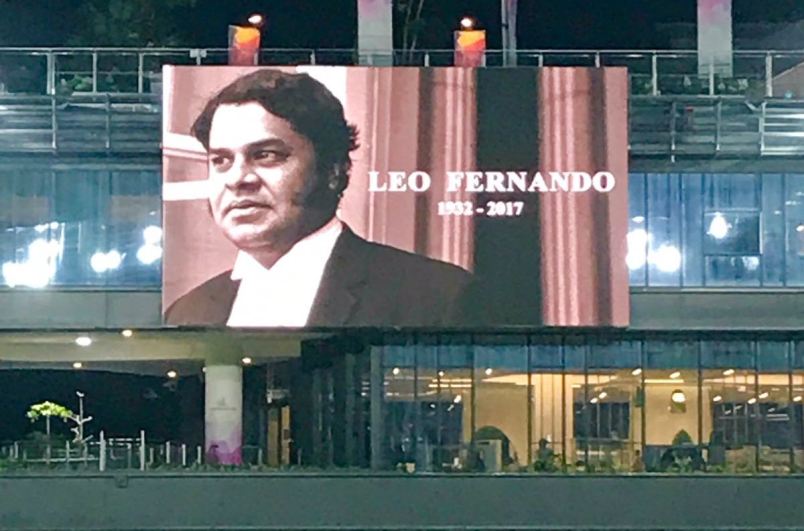 Singapore’s No 1 club Tampines Rovers, the five-times S-League champions, remembered the late 85-year-old for his “outstanding contributions”, first at the 5.30pm match at the Indian Association (IA) Ground at Balestier Road and later at 7.30pm at a S-League match at Our Tampines Hub (OTH).

Fernando was one of the founder members, who together with George Pasqual, Justin Morais and Basil De Souza, registered the club in 1951, six years after starting the club, which featured football, badminton and hockey.

“A legendary criminal lawyer, his heart was genuinely in football and he significantly laid the foundations to what we are today – one of the most respected clubs in Asean as five-time S-League champions,” says the club’s general manager Desmund Khusnin.

Tampines Rovers, for the record, also won the national league champions eight times, the Singapore Cup thrice and the Asean Club Championship once.

Former club president George Pasqual, a former FAS Council Member, says: “The late Mr Fernando hardly sought recognition for his football work, as much as he did free legal cases as he sought justice for the poorest of his clients. 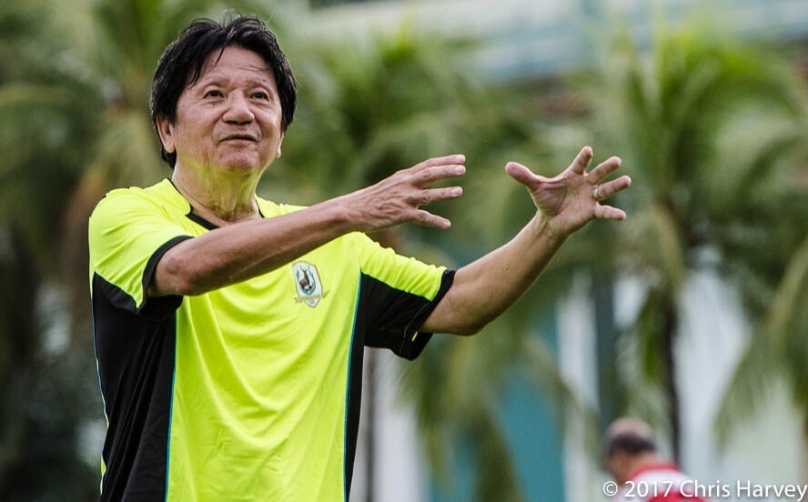 “Like the late FAS Chairman Nadesan Ganesan, Mr Fernando will be fondly remembered as a football icon, who was a player’s player, and always making sure club football at Tampines Rovers was going in the right direction.”

Newly-minted Tampines Rovers President Desmond Ong, a corporate lawyer, says the club recognises the “significant past contributions of the founder members and players” and have started the TRFC Alumni to further acknowledge the “continuing role-model presence of the legends of yesteryears”.

“The late Leo Fernando was a classic case who quietly got along to serve Tampines Rovers faithfully and we owed it to him to do a rare “double” one-minute silence-tribute on Wednesday.”

The late Fernando, who was counted among the “legends” in criminal law in the 1970s and 80s, died on Friday evening at age 85.He was in a hospital’s intensive care unit for the past three weeks after a minor heart attack, his football-adoring son, Mr Peter Fernando, 60, says.

“His condition was improving, but there was an unfortunate turn of events on Friday at about 6.00pm and he had a massive heart attack,” said the younger Mr Fernando, who is also a criminal lawyer. He said his father also suffered from kidney failure. 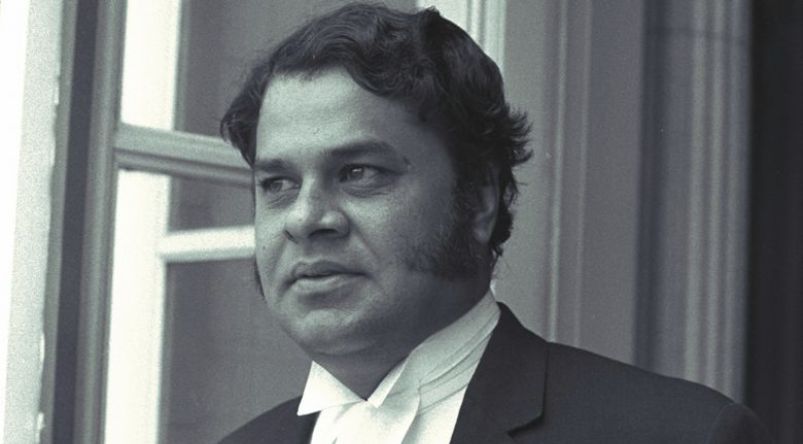 The late Mr Fernando was a police officer for 13 years before he quit in 1964 to read law in London. He began practice as a criminal lawyer in 1967 and started his own firm a decade later.

Justin Morais remembers Leo Fernando as a “very good defender when the club started in 1945, with football, badminton and hockey”. He adds: “We later left for England to do his law but continued to loyally keep in touch and serve the club.”

Peter Fernando says: “My father had a heart of gold and he was an inspiration to me. As a lawyer, he sought justice for the poorest of his clients. Over at his favourite sport, football, he quietly worked the ground to lay the foundations for Tampines Rovers, who today rank as the No 1 professional club in Singapore.”

Among the late Fernando’s legal cases, was in 1976, where together with the late Mr David Marshall, Singapore’s first Chief Minister, he successfully defended a young Subhas Anandan, who was detained without trial under the Criminal Law (Temporary Provisions) Act. The pair represented the late Mr Subhas, who went on to be a prominent criminal lawyer, for free.

Mr Fernando was one of the two vice-presidents of the Association of Criminal Lawyers of Singapore (ACLS), when it was formed in 2004.

He leaves behind his 85-year-old wife, seven children and 16 grandchildren. The funeral was held at the Church of St Mary of the Angels on Tuesday afternoon and his body later cremated at Mandai Crematorium.

For Tampines Rovers, he will forever be remembered as a football icon and surely at Wednesday’s “double” one-minute silence at two respective grounds, he will be smiling from heaven, knowing that the present and future generations, from family, friends and footballers, will continue to revere the legal and football contributions of an extraordinary Made-in-Singapore football-hearted lawyer.