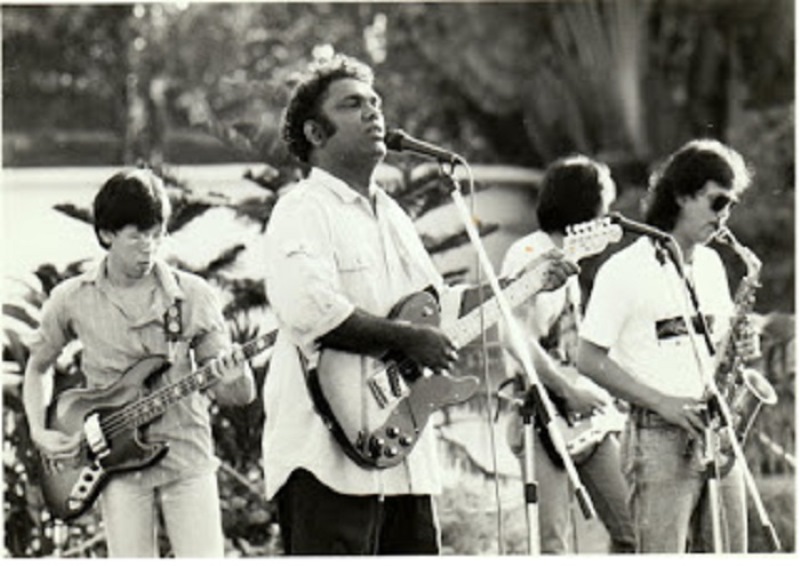 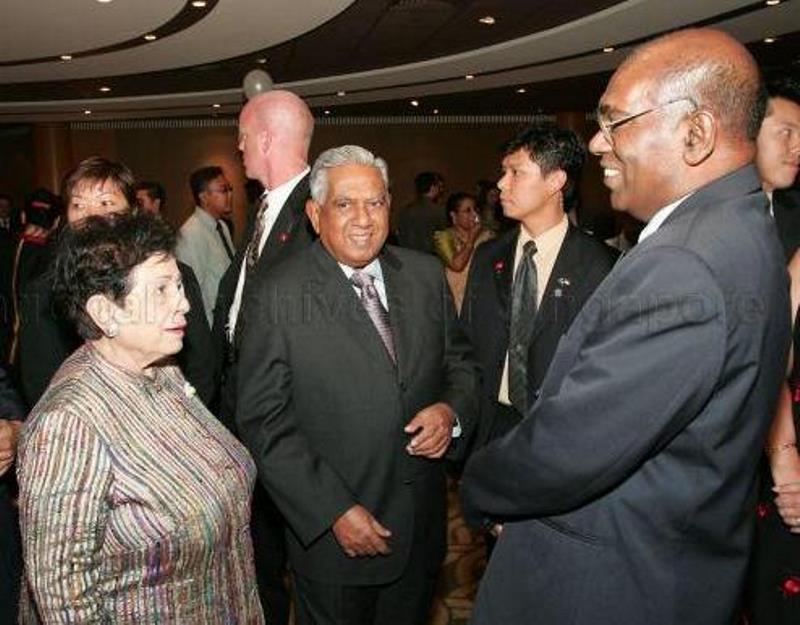 He passed on at Sir Charles Gardiner Hospital in Perth, West Australia, after suffering two strokes that left him in a coma for two days. He migrated to Australia since the 1990s with journalist-wife, Ilsa Sharp. The couple has no children.

From the local and global post-death salutations, Choy ranks as a rip-roaring personality who could single-handedly bring the roof down.

He was humility personaified. Absolutely no airs, no pretences as he rose to be an outstanding home-grown blues musician and funnyman, who became famous for penning the 1991 Singlish rap classic ‘Why U So Like Dat’?.

But an untold sporting brief of Choy, just over half-century ago, must be revealed, for the first time, to Malaysian and Singaporean readers here of how during his schooldays at Bartley Secondary School, he realised that he had no sports-related ECA (Extra-Curricular Activity).

Retired SAF Major Gerry De Souza, now in Port Kennedy, West Australia, tongue-in-cheek recounted how his “Secondary Four classmate Sivanandan Choy really wanted to score ECA points which were crucial for higher education at university and with the school’s sports day round the corner, he decided to do the pole vault”.

Yes, the pole vault , a then-rare and rather difficult sports event in which an athlete uses a long, flexible pole (which today is usually made either of fiberglass or carbon fiber) as an aid to jump over a bar.

Describing Choy as an “extraordinary guy with multi-talents who will always be remembered for his loyalty and standing by you in whatever crisis”, he says that Choy ended up with an ‘A’ distinction for ECA and was awarded with the elite Serangoon District colours. 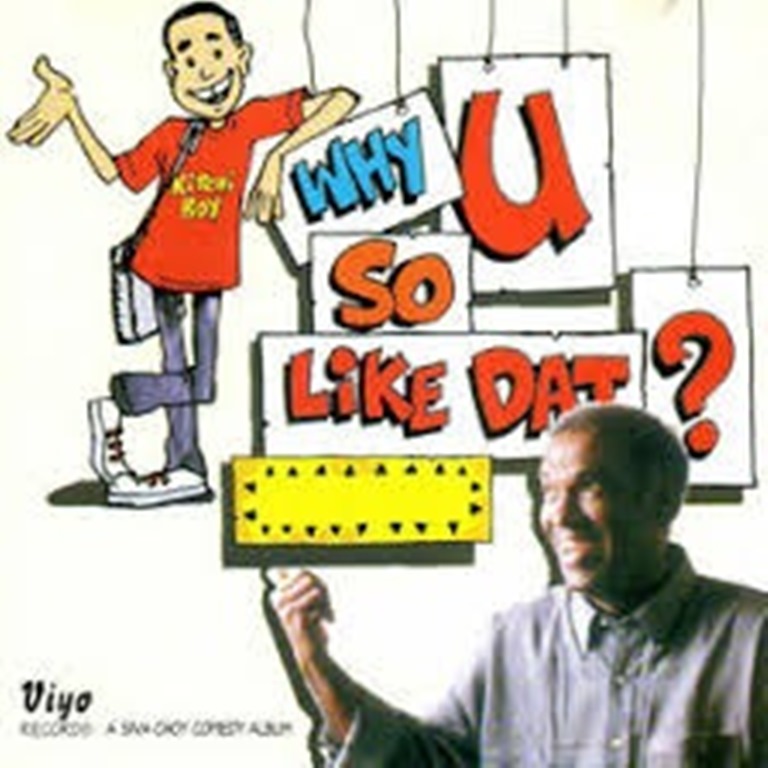 He was also a Prefect Librarian and actively took part in LDDS (Literary, Dramatic & Debating Society) and “from schooldays I knew this guy was set to be an exemplary all-rounder, a great orator, singer, musician, writer…whatever he touched or did, he made sure he gave his best shot”.

Choy’s British-born wife, Ilsa, 72, a freelance writer and specialist in South-East Asian affairs, with a Chinese Studies honours degree from Leeds University, revealed that until a month ago, “Siva was still jamming away”, and he died in a “graceful and dignified manner”.

She told The Straits Times:  “When it was clear that he was going to pass in the past two days, I made sure to have a player next to him playing music non-stop. Music was the centre of his life, and the idea of Siva Choy going out without any music was not right.”

Freelance writer-editor Denyse Tessensohn, who authored ‘Elvis Forever in Katong: Personal Singapore Eurasiana’, describes him as an “example of the very best that Singapore could nuture”. She adds: “Steeped happily in and melding all the local cultures, artistic and a true musician, he was always generous and fearless in telling it as it was because he had integrity and penetrating insights into people and cared deeply about his beloved wife, family, friends, students and country.

“I’m so grateful for the two hours we spent in Novena on his last trip because Siva was great company. His humour and vast range of interests, expressed in a rarely met extensive vocabulary, will be so missed. Not to speak of the glorious jam sessions featuring pure blues, with a kind aside for the pop crap less gifted souls (me) requested.”

‘ELOQUENT VOICE OF MANY ACCENTS’

Family friend Valerie Clarke Villamil remembers Choy for his “eloquent voice of many accents and comically entertaining”. She says: “We always candidly discussed the stature of Singapore and Malaysian bands. He was a great admirer of Rolly Villamil’s musicianship. He video-taped Rolly’s funeral. My memory of this beautiful guy: We could talk about music and musicians until the cows jumped over the moon!

“He’s one of the very few musicians (especially not the wannaabe Singaporean ones who had tall poppy attitudes!) who always told me from the beginning that Rolly & D’Starlights he acknowledged was the first (Filipino) band that lifted the standard of the local three guitars and drummer amateurs with encouragement.”

Choy, who learnt to play the guitar as an eight-year-old, first performed as a teenager with his younger brother James in the 1960s under the band name The Cyclones. In 1957, when he was 10, the duo teamed up with another band, The Checkmates, and the new partnership formed the resident band at the ‘Sunday Beat And Blues’ tea-dance sessions at the now-defunct Golden Venus Lounge in Orchard Road.

Recognised as the pioneer of blues music in Singapore and an extraordinary multi-instrumentalist, Choy often took part in theatre and stage performances as a teenager and went on to participate in the All-Singapore Paul Anka singing competition..

The Cyclones released their own EP record in 1965, also under the Philips label. The record, with backup vocals by The Checkmates, featured four original compositions, including “The Dew” and “Oh No She Didn’t Say”, which topped the local music charts. Another successful EP followed two years later (Philips, 1967). 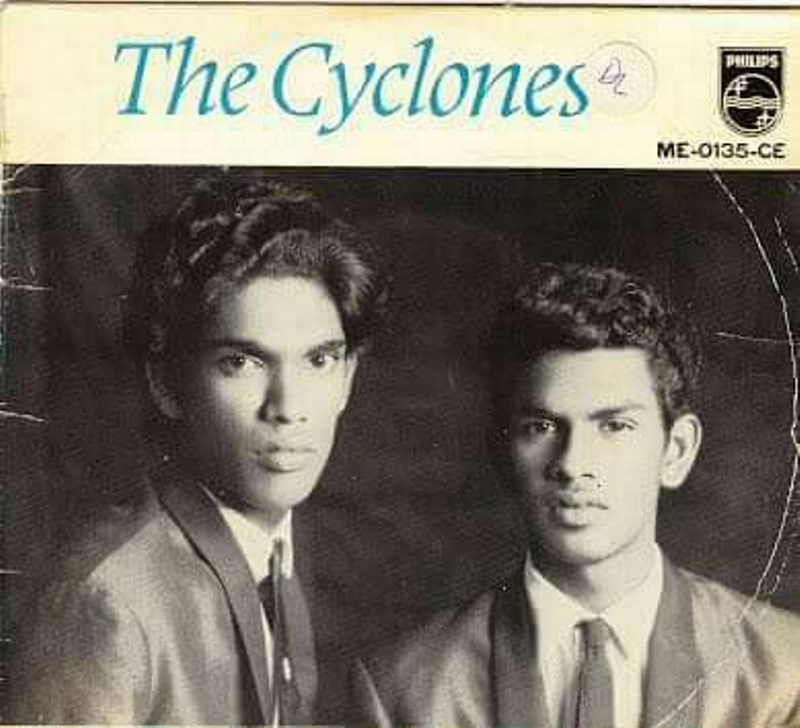 Choy proved he was an academic, too, and after graduating in 1969 with an Honours degree from the-then University of Singapore, he worked for a year as a writer for the now-defunct music magazine, Fanfare, documenting the local music scene. He followed it up by a short stint at The New Nation newspaper.

An adventurer at heart, he then spent about five to six years busking in Europe, and a year cycling overland from Holland to Singapore, returning in 1976. Upon his return, Choy wrote the Kitchi Boy stories, which were eventually compiled and published in 1985 as a book, Oh No, It’s The Kitchi Boy Gang, followed by I’m Sorry, It’s Kitchi Boy Again in 1986.

Former The Straits Times journalist Janice Seah-Teo, now in Perth, West Australia, says: “Siva was talented and a brilliant musician. But the thing about Siva that stood out to me above all else, was his humility. No airs, no pretences.

“My son met him only twice, 20 years ago and adored him because Siva was so warm and attentive to a little boy.. He still remembers Uncle Siva and grew up listening to ‘Why you so like dat?’. He sends his love and condolences. Kindness is remembered and cherished through the generations. My family (with hubby, former ST journalist Edmund Teo) were privileged to call him our friend.”

Edmund Teo adds: “I remember Siva as one of the first great writers of Singapore. I used to read him when he was writing for Fanfare magazine and later listened to The Cyclones. He was one of the most talented Singaporeans. He wrote. He sang. He played music. He was a comedian. And most if all he was a genuine gentleman who swept a fellow journalist Ilsa Sharp off her feet.”

Channel NewsAsia says the 1991 hit tune ‘Why U So Like Dat?’ fired Choy to national fame. “He was perhaps best known for writing the tunes for defunct comedy group Kopi Kat Klan, which is often brought up in discussions about Singlish. The eponymous album from which it came was equally popular. Comprising songs and sketches, it is considered Singapore’s first Singlish comedy album.”

The album, which comprised songs and skits performed in Singlish, sold 50,000 copies, which was considered “staggering” at the time, according to a Straits Times article in 2005 which hailed Choy as the “grandfather of local humour”.

Beyond music, he showcased his comedic skills on stage in shows such as Rocking Rambutan! (1999), part of Action Theatre’s Stand Up For Singapore! comedy series, and Stand Up And Boogie (2000). He even had a supporting role in the movie One Leg Kicking (2001), in which he played former football star Sammy Best. 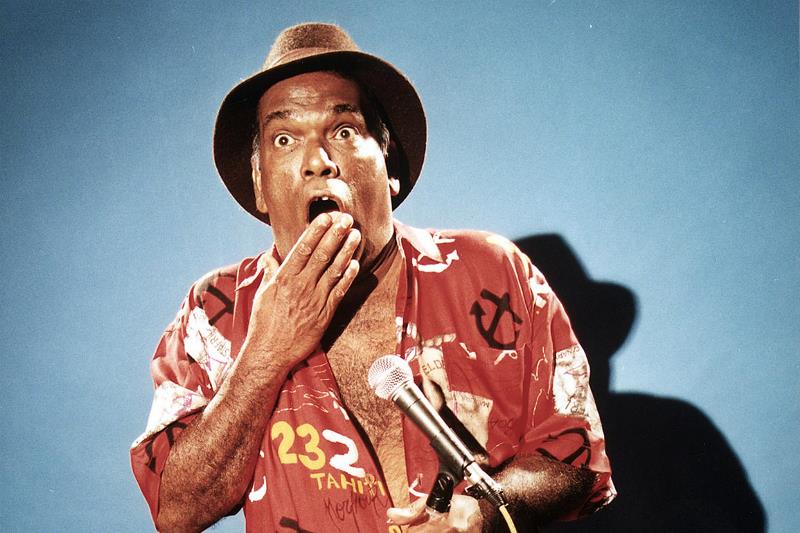 Writing was also in his blood and Choy authored the popular Kitchi Boy stories, about a group of local boys and which were filled with Singlish and colloquial humour.

Public Relations consultant James Suresh, also a best-selling author who co-created Singapore’s comic icon ‘Mr. Kiasu’, salutes Choy for delving into the “idiosyncrasies of Singaporean culture and language, and it worked”. He adds: “He was the one that always made us laugh with stories about the growing up years in Singapore. I was inspired by him to learn how to play the guitar and sing.

“I also explored my humour writing skills after reading the exploits of ‘Kitchie Boy’ which Choy created among other comic characters. I was happy to pass him a copy of the illustrated book ‘Singapore in the 60s’ when I last met him in Perth three years ago.”

Former Heritage drummer Gordon Jansen praises Choy as “someone very open to and very appreciative to most kinds of music…with lots of conviction and emotion”. He says: “He was very artistically inclined, well read and witty, all at once. He had a vast understanding of various music styles and performance skills. My brothers and I performed alongside Siva at many events, shows and clubs gigs. He was a great showman & leader, who entertained, inspired and encouraged tons of people.

“Siva was like another big brother to me, he will always have a special place in my heart. Thank you for all the good times and passing on your knowledge & gifts to us. Farewell, bro.”

Fellow comedian Gurmit Singh of MediaCorp fame wrote on his Instagram page about what a “privilege” their friendship had been.  “Rest in peace, bro. You are needed in Heaven for your songs and jokes,” he said.

“He was one of the great ones here in Singapore. Rest in peace, old friend,” Monteiro wrote on Facebook.

Retired lawyer Bill Jansen, who was Choy’s Bartley School and University of Singapore mate, recalls he was “drawn to Siva because of our common love of music”, He adds: “At that time the Beatles were popular. Siva and I used to work out chords for Beatles songs. He was an excellent guitarist and singer.

“We went to the University of Singapore, Siva doing Arts, and I did law. He was a brilliant student and topped his class in English. We used to hang around together during our college days and after we graduated, we kept in touch until the present. In a nutshell, he was a very good friend, warm, caring, witty, brilliant in everything he did. I shall miss him terribly.” – SURESH NAIR.