Home 2021 Roglic reigns on all terrains 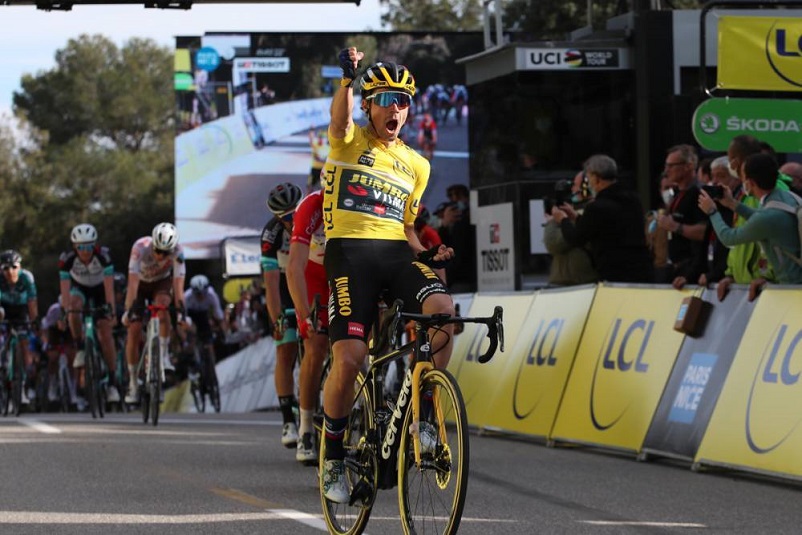 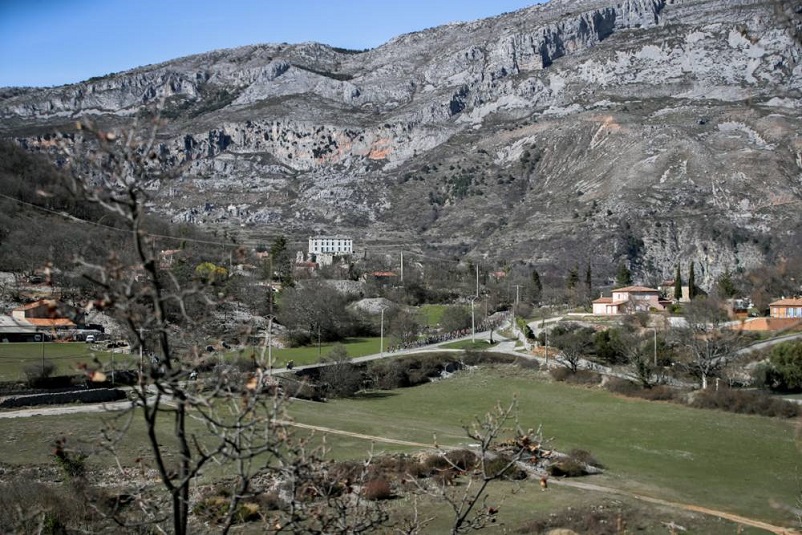 Primoz Roglic (Jumbo-Visma) made it clear who held the reins of Paris-Nice on Friday when he outclasseed the peloton in an uphill sprint in Biot to snatch stage 6 and increase his lead ahead of the queen stage at the top of La Colmiane. The Slovenian surged in the last stretch to overpower specialists of such finishes as Christophe Laporte (Cofidis) and Australian Michael Matthews (Bike Exchange).

The real start was given at 11:06 to 147 riders. Maxime Bouet and Anthony Delaplace (Arkea-Samsic), Amund Jansen (Bike Exchange) and Louis Vervaeke (Alpexin-Fenix) did not start. The first attempt took place at kilometre 13, when Rémi Cavagna (Deceuninck-Quick Step) and Matteo Trentin (UAE) broke clear. Several attempts to join them were quashed and the break was over after 33.5 km as the peloton was speeding at nearly 48 kph and dropping several riders.

Perez added three more points to his KOM lead in Cote de Mont-Meaulx (km 67.4) as the lead of the six settled at just under three minutes. As the race was nearing the main ascent of the day, Cote de Cabris, white jersey holder Brandon McNulty, third overall, crashed at the back of the peloton and was forced out of the race. At the top of Cote de Cabris, Perez added 10 points to his polka-dot jersey and five more at Col du Ferrier (km 112.9) to take his tally to 52 points. At that stage, the peloton was four minutes adrift. In the descent, with 60 km to go Perez decided to relax, followed by Julien El Fares and the breakaway group was down to four riders.

Roglic’s Jumbo-Visma maintained the gap under three minutes as Elissonde was 2:24 behind their leader at the start and could be a threat. Lutsenko punctured with 32 km to go as the bunch increased the pace behind the three remaining escapees. With 25 km left, Elissonde decided to go on his own in the Cote de Roquefort-les-Pins where the second bonus sprint was held.

But the chase, led by Cofidis and Deceuninck-Quick Step, gained momentum as the Frenchman was joined by Germany’s Jonas Rutsch (EF Education-Nippo) in the finale. The two maintained a 20-second lead for 10 km and the German kept going on his own until the red flame.

The sprint was launched from afar by Frenchman Guillaume Martin (Cofidis), who led out team-mate Laporte into the final stretch. But the stronger man was Roglic, who raised on his pedals to power his way to the line, which he crossed with a scream of jubilation. – www.paris-nice.fr