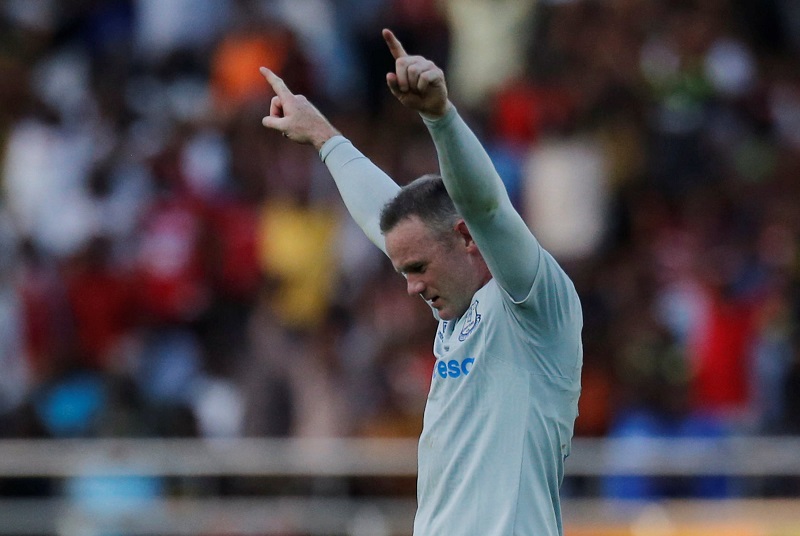 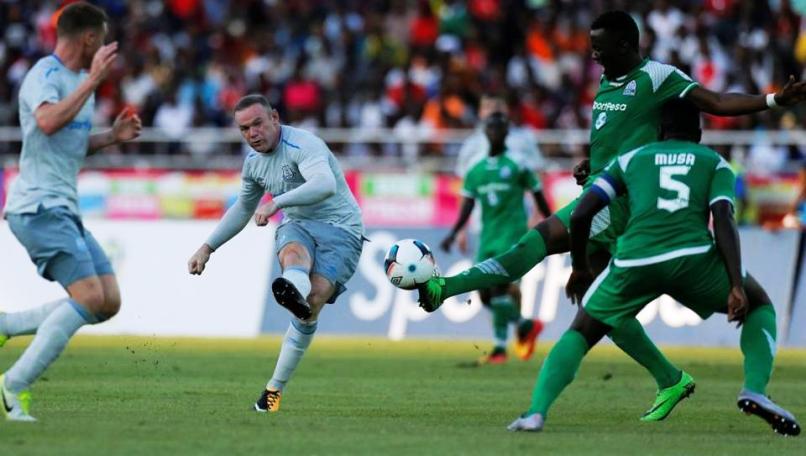 Wayne Rooney marked his first game back in an Everton jersey with a goal in a friendly against Kenya’s Gor Mahia in Tanzania on Thursday.

England’s record goalscorer was making his first appearance since he rejoined his boyhood club from Manchester United last week on a free transfer after 13 years at Old Trafford.

And Rooney delighted the crowd by scoring a superb goal from long range to help the Toffees win 2-1 in what was the first match for a Premier League side in East Africa.

Everton are touring the region as part of their preparations for the upcoming Premier League season after signing a deal with Kenyan betting firm SportPesa to become the club’s new shirt sponsor.

The Toffees received a warm welcome after arriving in Dar es Salaam on Wednesday with large numbers of Tanzanian football fans eager to greet Rooney and his new team-mates.

In May, Everton announced they had penned a five-year sponsorship deal with SportPesa to succeed Thai brewing company Chang.

“We’re pleased to have secured the biggest commercial partnership deal in the club’s history with an ambitious and growing, global company,” Everton chief executive Robert Elstone said at the time.

“From the outset we have been impressed by SportPesa and the company’s plans for the future. Over the coming months and years we will be working closely to realise our ambitions together.”

“We are thrilled to have secured an alignment with Everton, a club weaved prominently throughout the tapestry of world football,” added Ivo Bozukov, director of global strategy for SportPesa.

SportPesa, which is looking to increase its visibility through the Premier League, is further strengthening its ties with the city of Liverpool by moving its European headquarters there.

The Kenyan company were Hull City’s shirt sponsors last season, but the Tigers were relegated from the top flight at the end of the 2016-17 campaign. SportPesa also has partnerships with Arsenal and Southampton. – Agence France-Presse