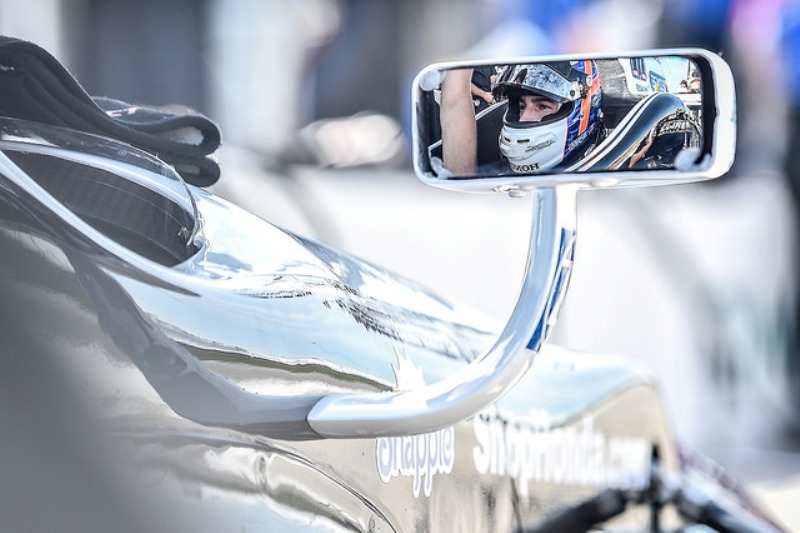 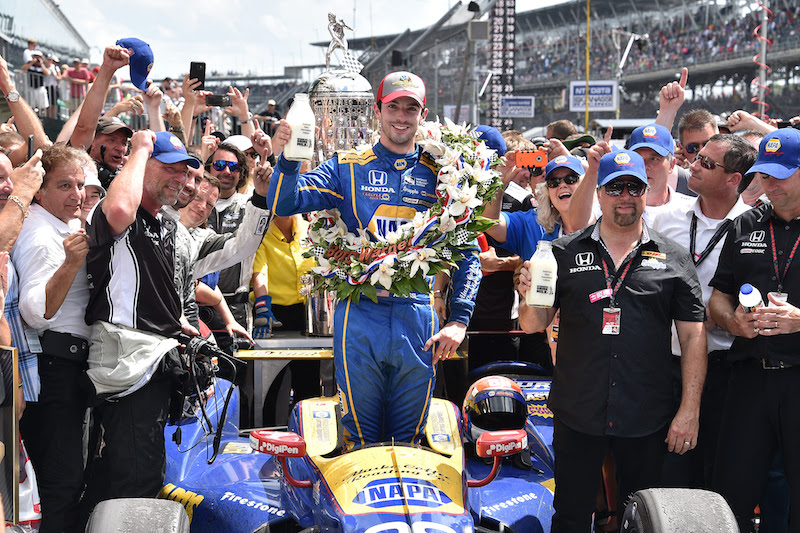 Reigning Indianapolis 500 champion and 2016 Verizon IndyCar Series Rookie of the Year Alexander Rossi will remain in the American open-wheel series with Andretti-Herta Autosport.

“Alexander showed tremendous growth this year and we are excited to welcome him back to the team,” said team owner Michael Andretti. “In his first IndyCar season, Alexander was able to form trusting relationships with the team’s engineers, mechanics and his teammates and that itself is a great foundation to begin 2017. We also know he is competitive and can win races. Continuity plays a big role in the success of our programs and being able to confirm that Alexander is remaining with the team is incredible. His extension, along with Ryan [Hunter-Reay] and Marco’s [Andretti] continuance is a promising factor for not only the team, but the series as well.”

The Andretti-Herta collaboration – a result of a merger between Andretti Autosport and Bryan Herta Autosport – which fielded the No. 98 entry of Rossi for the 2016 campaign formed just weeks prior to the season start and will remain intact for the 2017 season.

“Knowing that Alexander will be returning to the No. 98 Andretti-Herta Autosport car provides us with the stability and continuity we need to strive for even higher results,” said co-owner of the No. 98 entry, Bryan Herta. “Last season showed great progress, and I could not be more excited about our prospects moving forward. Last season we were late in the game putting our deal together. This winter we are focused on the season ahead, the continuation of our successful partnership with Andretti Autosport, and seeing Alexander become a consistent winner in the Verizon IndyCar series.”

Alexander will return to the Honda-powered Indy car, with focus already on the new season challenger.

”We are extremely pleased that Alexander Rossi and Andretti Autosport have chosen to continue their partnership,” said Art St. Cyr, President of Honda Performance Development. “That combination gave all fans of Honda Racing a lifetime thrill with its victory in the 100th Running of the Indianapolis 500. Alexander’s further development in winning IndyCar Rookie of the Year honors was one of the highlights of the 2016 season. We are confident that we can look forward to many more such thrills as a result of the extension of this agreement.”

“What an incredible eight months this has been,” Alexander Rossi said, “from getting the opportunity to join the Verizon IndyCar Series in February, to winning the 100th Running of the Indianapolis 500 in May and now re-signing with Andretti Autosport. I am incredibly proud and grateful to be able to have the opportunity to work with a team of this caliber as we chase after more race wins and continue to make our mark in this amazing championship. I want to thank Michael [Andretti], JF [Thormann], Bryan [Herta] and Honda for the faith and trust they have in me to put the Andretti name at the front. We have a lot of work ahead of us and we are already completely focused on being back at the sharp end of the grid where we belong.”

The California-native will return alongside 2016 teammates Ryan Hunter-Reay (No. 28 DHL Honda) and Marco Andretti (No. 27 hhgregg Honda) for the 2017 IndyCar effort while a fourth car entry remains in the works for the Andretti stable.

The 2017 Verizon IndyCar Series Championship kicks off on the streets Florida March 12, 2017 with the Firestone Grand Prix of St. Petersburg. Keep up to date on all things Andretti via Twitter with @FollowAndretti.