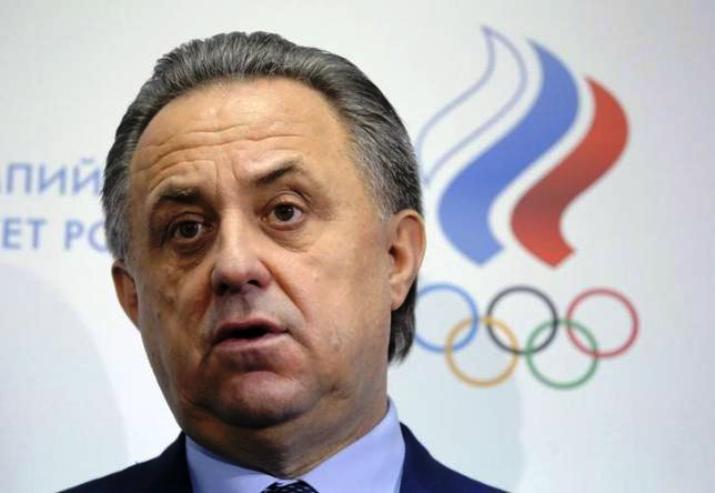 The allegations — the latest in a string of doping accusations to rock Russian sport — are made by whistleblower Vitaly Stepanov in an upcoming edition of American channel CBS’ “60 Minutes”.

In an interview to air in full on Sunday, Stepanov, a former official with the Russian Anti-Doping Agency (RUSADA), cites Grigor Rodchenkov, former head of Russia’s now-discredited drug testing lab, as telling him that FSB state security service officers “tried to control every single step of the anti-doping process in Sochi”.

Hosts Russia won 13 gold medals at the Sochi Winter Olympics. A brief preview of the interview released by CBS reveals no names of suspected dope cheats.

Russian Sports Minister Vitaly Mutko, however, shrugged off the latest allegations as “speculation” and accused Stepanov of trying to tarnish the country’s image.

“All his so-called revelations are based on speculation,” Mutko told Russia’s TASS news agency.

“It is obvious that someone wants to harm Russiansport,” Mutko said.

“What facts does he have, what lists, why has he decided to come out with the latest claims now?”

Stepanov and his wife, banned athlete Yuliya Stepanova, appeared in a German television documentary claiming systematic doping in Russian athletics in 2014 — allegations later supported by an investigation by a World Anti-Doping Agency independent commission which found evidence of “state-sponsored” doping and widespread corruption.

The International Association of Athletics Federations suspended Russia in November, with the IAAF council due to decide in June if the country’s track and field team can compete in Rio.

In the “60 Minutes” programme, US Anti-Doping Agency chief Travis Tygart says he doesn’t believe Russian athletics has done enough to warrant reinstatement and USADA is “not in favor” of Russian athletes competing in Rio.

“They can’t come at the expense of clean athletes’ rights,” he tells “60 Minutes”. – Agence France-Presse