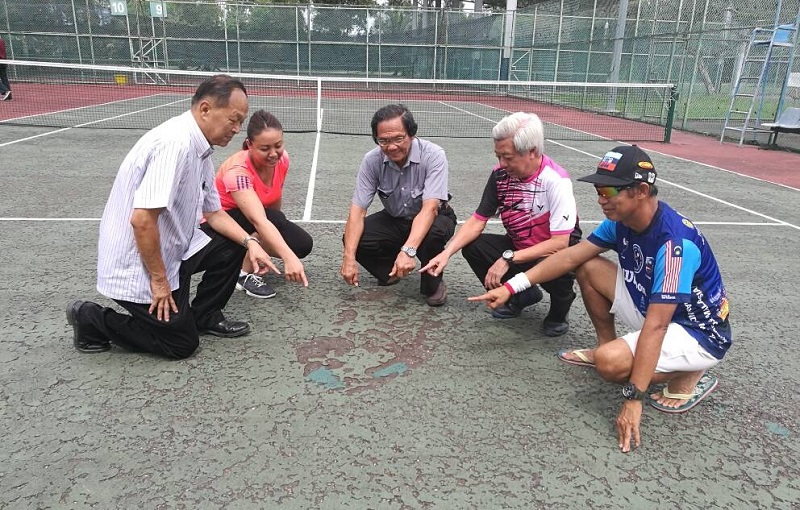 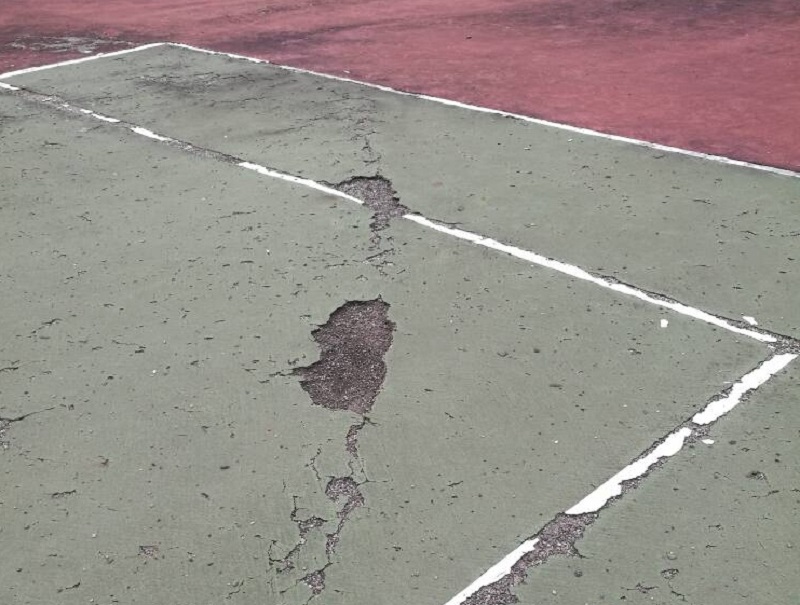 # Last resurfacing of courts at Likas done 13 years ago
# Deplorable conditions there has been no maintenance
Sabah Tennis Association president Johnson Koh managed to convince YB Luyang Datuk Hiew to inspect the deplorable tennis courts at Likas sports complex in Kota Kinabalu today.
Johnson termed the inspection as “positive” as YB Luyang also brought along a tennis court resurfacing expert to check and assess the condition of the courts. The resurfacing and maintenance was 13 years ago.
“The tennis courts are in a very deplorable condition. Players are forced to play in such conditions and they have patiently waited for the courts to be resurfaced for the betterment of the game in the state,” said Johnson
Johnson Koh has almost exhausted his connections to get them resurfaced. Every authority he had approached and written to have not been able to do the job despite tennis being one of the most popular sport in Sabah.
“YB Luyang so far is the most well connected to seek for the funds. We have approached the Sabah chief minister twice, but both time the memo went to the sports ministry and minister it has been disappointing.
“STA have been told the ministry’s hands are tied as they do not have the allocation,” said Johnson.

Johnson has appealed to YB Luyang to request from the chief minister a special allocation through the Luyang ADUN fund so the the resurfacing can be done as soon as possible.
“It has been 13 years since the last resurfacing and maintenance was done. This is disappointing,” added Johnson, who called on tennis players, coaches and parents to be patient.
“This is the last straw. If this last efforts gets us nowhere and there is nothing positive then I will let the players, coaches and parents to take it up with whoever they can get help.
During the inspection it shocked the YB Luyang how bad the court conditions are and Johnson hopes YB Luyang can convince Sabah chief minister to resolve the matter for the good of tennis in Sabah. BY RIZAL ABDULLAH