Home 2021 Sailors within a point of leaders Albirex 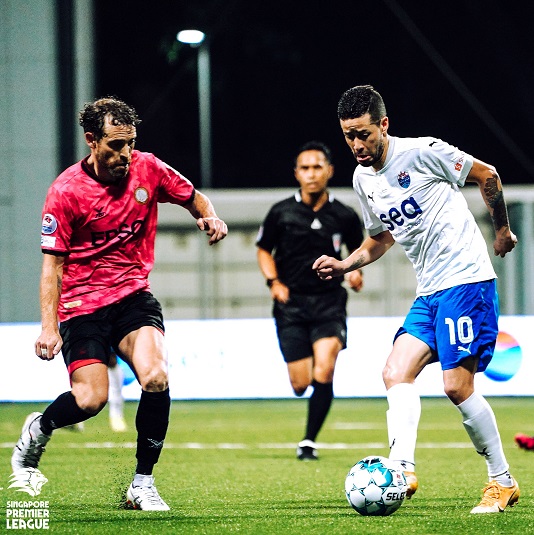 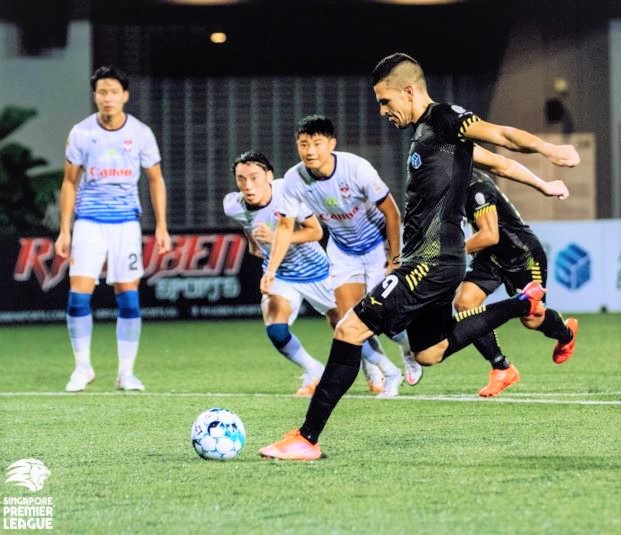 Lion City Sailors have narrowed the gap with leaders Albirex Niigata at the top of the 2021 AIA Singapore Premier League following their close 2-1 win over Geylang International this week.

With Albirex unable to pick up the full points when they were held to a 2-2 draw by Tampines Rovers, it gave the opportunity for the Sailors to sneak in within a point.

Saifullah Akbar made the difference with the winner in the 57th minute after both teams were held to a 1-1 draw at the end of a pulsating first half.

Stipe Plazibat had given the Sailors the lead on 22 minute, only for Matheus Moresche to give Geylang the equaliser five minutes later.

In the meantime, a late, late penalty from Boris Kopitovic made the difference for Tampines when they held Albirex to a 2-2 draw.

A double (34th and 49th minute) from Kiyoshiro Tsuboi put Albirex in the best of position but Kopitovic would make all the difference with the first goal in the 53rd minute before converting a penalty deep in injury time to give Tampines the well-deserved point. 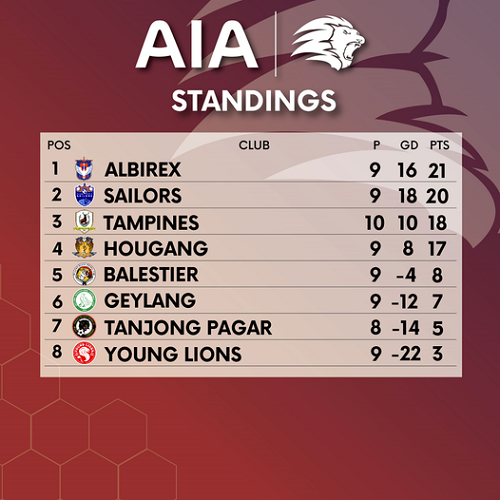