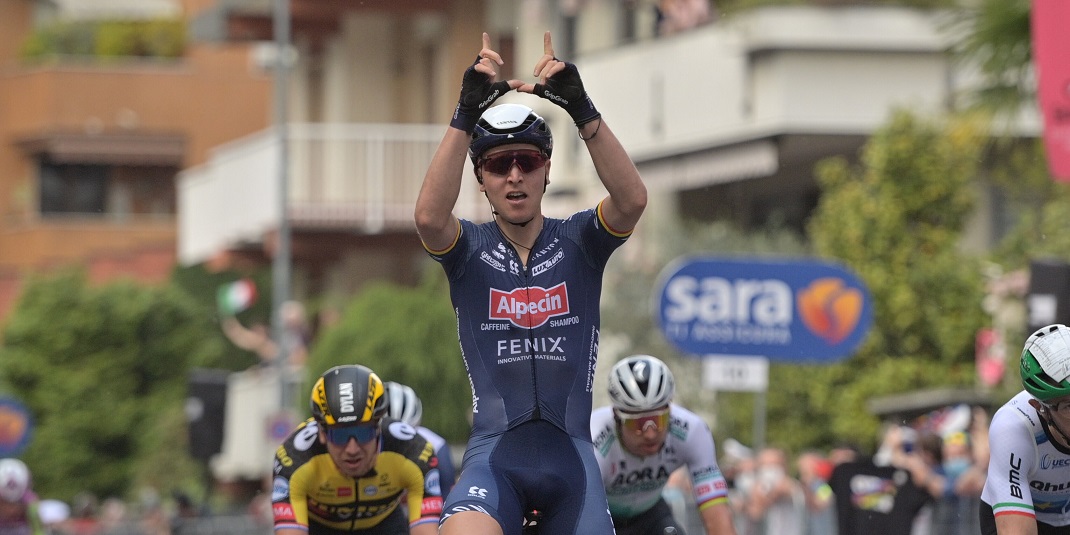 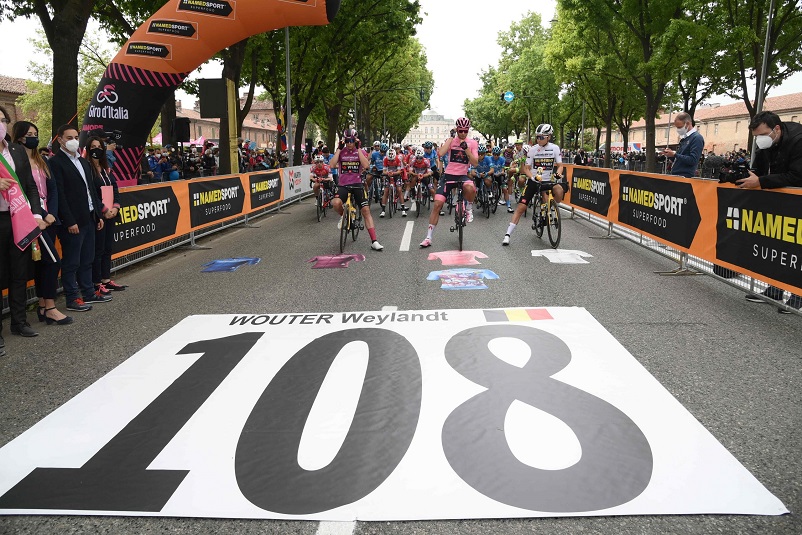 Belgium’s Tim Merlier claimed his first Giro victory in his first ever Grand Tour participation in Novara, beating Giacomo Nizzolo and Elia Viviani at the end of a long bunch sprint. On the finish line he raised his hands composing a letter “W”, dedicating the success to Wouter Weylandt, on the tenth anniversary of his death.

After the three breakaway riders (Filippo Tagliani, Vincenzo Albanese and Umberto Marengo) were reeled in, Filippo Ganna extended his lead in the overall ranking by gaining a 3’’ time bonus in the intermediate sprint while Remco Evenepoel crossed the line in second place to be awarded 2’’ to move up to fourth in the GC.

Statistics, quotes from Tim Merlier and the Maglia Rosa

First bunch stage at the Giro and the first victory for Tim Merlier who is the first Belgian rider to win a stage at the Corsa Rosa since Tim Wellens at Caltagirone in 2018.

It’s Merlier’s fourth victory this year after wins at Le Samyn, GP Monséré and Bredene Koksijde Classic, all in Belgium in March. He’s the most successful of all sprinters present at the Giro so far this year.

Tim Merlier said in the press conference: “I paid tribute to Wouter Weylandt on the line. I knew him from the Schelde peloton. I knew he was a good sprinter. I was in a training camp in the Ardennes ten years ago at the time, it was a very emotional day. Today’s sprint was very hectic but the team brought me to the perfect position at the last roundabout. I’ve done nice sprints before but this one is my best victory so far“.

Speaking in the press conference, the stage winner and Maglia Rosa Filippo Ganna said: “They’ve told me that a lot of people are getting into cycling because of me, if it’s true, I’m pleased to hear that. Watching cycling doesn’t cost a thing and it’s great if new people are starting to ride because of it. Already last year in Siciily and on Etna, I heard so many people cheering for me from the side of the road. Maybe towards the end of last year they only recognised the Maglia Rosa, while this year they know me by name too. I don’t think I am a superhero though! The superheroes are the people who were on the front line during lockdown.”