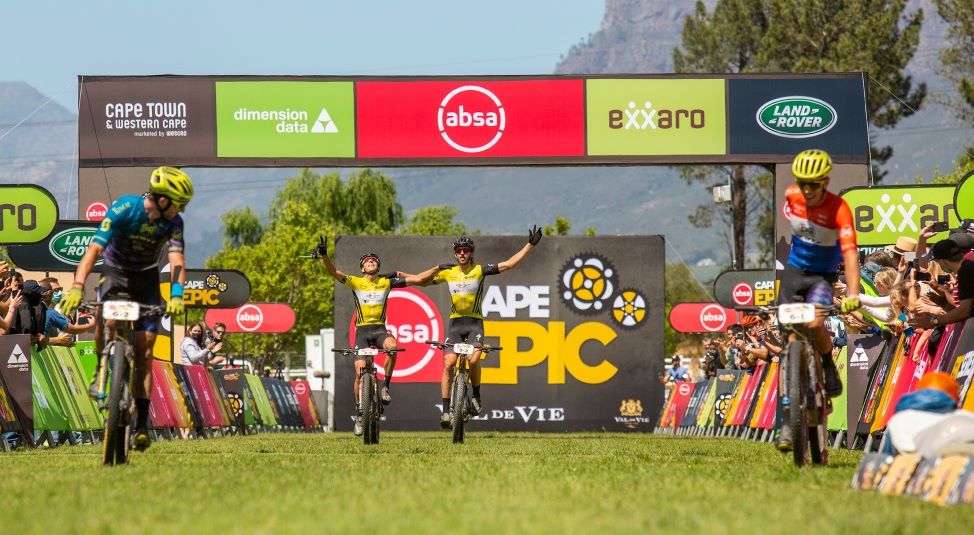 The route led riders from Wellington to Val de Vie. The Grand Finale was one last test of 68 kilometres of untamed mountain biking.

In the men’s race, it was team Buff Scott MTB of Hans Becking & José Dias, who were able to claim the prestigious last stage win. NinetyOne-songo-Specialized played it safe and followed only four seconds behind them.

They are the first ever men team to wear the yellow leader jersey at the start of every stage. The women’s race was not up for any surprises either. Team 91-Songo-Specialized made it the perfect race by winning all eight stages.

Sina Frei & Laura Stigger (SUI/AUT) are the youngest Cape Epic winners in the women’s race ever with an phenomenal performance from start to finish in their also first ever Cape Epic appearance.