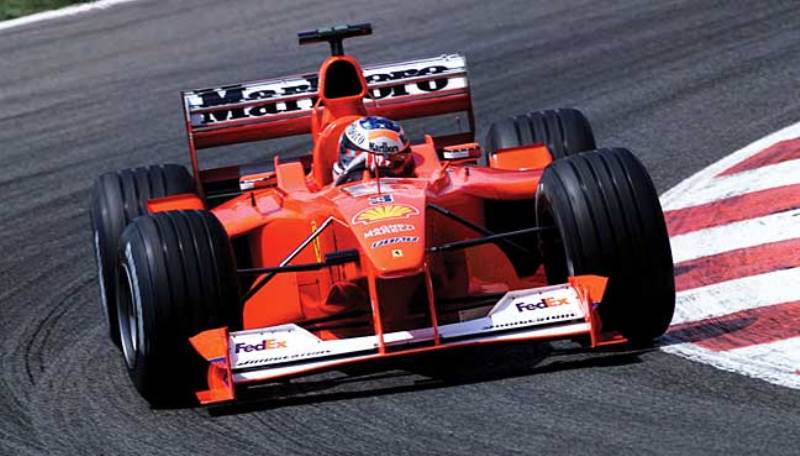 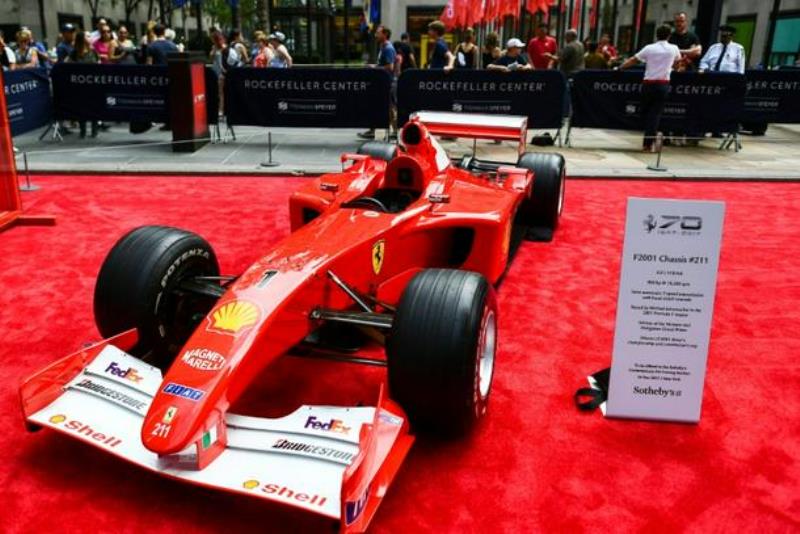 It put the buzz into a night that otherwise fell short of the dizzying heights reached by Christie’s on Wednesday selling a painting of Christ attributed to Leonardo da Vinci for a record $450.3 million.

Sotheby’s said it was the first time that a rare automobile was included in an art auction and the decision appeared popular.

The sleek, low-slung, fire-engine red vehicle may not have been a work of art, but Gregoire Billault, senior Sotheby’s vice president, called it “the very best racing car ever sold at an auction.”

The German racing legend has not been seen in public since suffering serious head injuries in a skiing accident in 2013. His record of seven titles and 91 career victories remains unchallenged.

When it came to the art, Sotheby’s headline lot, a Francis Bacon triptych of the artist’s lover sold for $38.6 million, well within its estimate of $35-45 million.

The auction record for a Bacon triptych is his “Three Studies of Lucian Freud” which sold for $142.4 million at Christie’s in 2013.

Sotheby’s other standout Thursday was an iconic 1972 Andy Warhol portrait of the founder of Communist China, Mao Zedong, which sold for $32.4 million, the auction house said.

Exhibited in Berlin, Turin and Paris, the painting had not previously been on public display since 1974.

The other 10 “Mao” paintings of the same size are in prestigious collections, including the Andy Warhol Museum in Pittsburgh. – Agence France-Presse