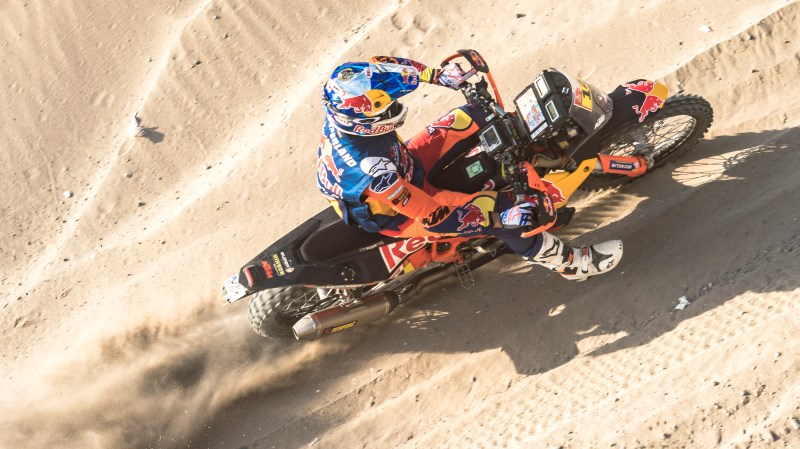 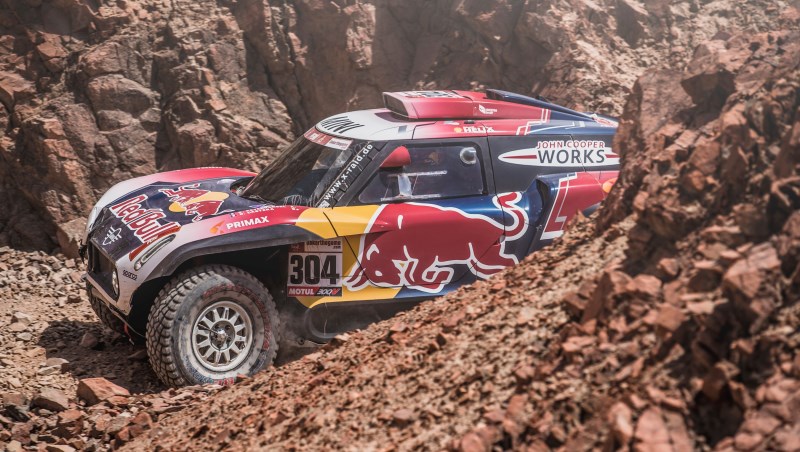 Stage seven saw the remaining competitors take on the first loop stage of the race. The riders and drivers went full throttle on a 323km special stage around San Juan de Marcona. Here is all you need to know:

– After a disappointing day on Sunday when he lost time due to a damaged brake, 2017 bike champion Sam Sunderland bounced back in style to land his second victory of the race.

– The start was delayed 30 minutes due to fog, but when they got underway it was American Ricky Brabec who set the early pace, with Sunderland hanging with him for the first 100km. The British rider then upped his form and dominated the remainder of the day to finish nearly two minutes ahead of José Ignacio Cornejo and six and-a-half minutes ahead of new race leader Brabec. It is tight at the top, with five riders within 10 minutes of each other.

– Sunderland said: “Yesterday I was disappointed because I felt that I rode well and my navigation was good. I started out today with the intention to push a lot. I was going well, but I lost a few minutes at one waypoint. That was frustrating, but I got back on track I feel pretty good.”

– In the car race, the day belonged to 13-time winner Stéphane Peterhansel. The Frenchman came out on top of an exciting duel with Nani Roma with the lead exchanging hands multiple times before Peterhansel shook his rival off after 200km.

– It was a day to forget for compatriot Sébastien Loeb though. Despite being the quickest driver on the course, Peugeot privateer Loeb was 40 minutes down at one point after an electrical fault before speeding to the end of the stage and cutting his losses to 28 minutes.

– Nasser Al-Attiyah in the Toyota played it safe all day and despite a puncture in the final 10km, finished fourth and still holds the overall race lead by 29 minutes from Peterhansel.

– Loeb said: “The car ground to a halt after three kilometres. It was a total power failure. Apart from this, we didn’t make any mistakes and were quite fast. It’s quite demoralising, we’ll see what we can do and what we can fight for in the coming days.”

– Russian Eduard Nikolaev of the Kamaz-Master team had such a huge lead going into the stage that he could afford to lose 36 minutes to stage winner Gerard de Rooy and still retain top spot by more than an hour.

– Nicolas Cavigliasso proved once again he is in a league of his own on the sand this year, the Argentine racking up his sixth win out of seven stages in the quad category. The Drag’On Rally Team rider has an overall lead of one hour 15 minutes from Jeremias González.

– In the SxS race Chilean Francisco Lopez Contardo narrowed the gap to overall leader Reinaldo Varela to just four minutes after winning the stage by 22 minutes from his Brazilian rival.

– Tomorrow sees the race head north up the coast to Pisco with a 215km liaison followed by a 360km special stage.