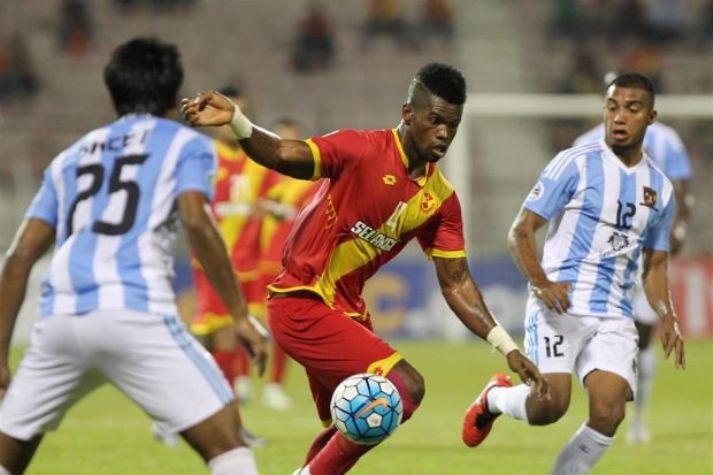 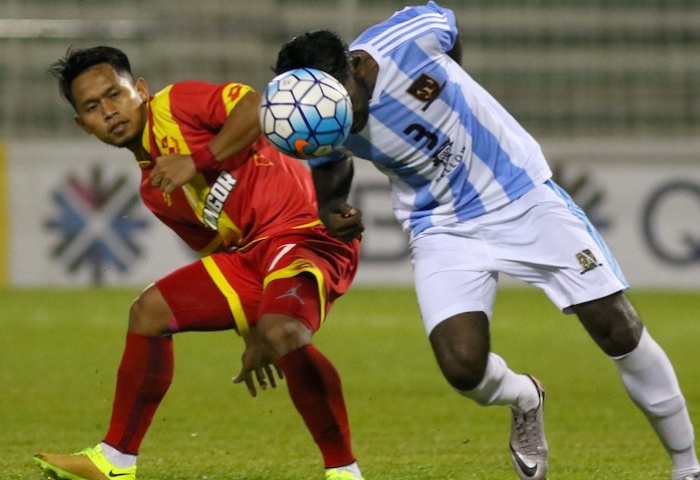 # Two sackings at the Selayang Stadium in Group E

Things are getting hotter for Malaysia Cup champions Selangor who escaped with a narrow 2-1 win over bottom placed Dhanmondi FC of Bangladesh in a Group E match in the AFC Cup at the Selayang Stadium on Tuesday.

It was a lucky, lucky win for the Red Giants with Liberian international Patrick Ronaldinho Wleh firing the all-important winning goal deep into injury time which gives Selangor some breathing space in the second-tier Asian tournament.

The match at Selayang was marred by two sackings with Selangor’s national midfielder Hafiz Kamal the first to go in the 57th minute for an alleged infringement on Dhamondi’s Jamal Bhuyan. About 10 minutes later Dhanmondi were also reduced to 10 players when Japanese referee Masaaki Toma sent off Yeasin Khan for a foul on Andik Vermansyah and was booted out for his second yellow card on the night.

Selangor are in the AFC Cup competition through the back door after Pahang were docked points onm the orders of FIFA for not paying the salary of one of their foreign players.

Things have gone horribly wrong for Selangor after they terminated the services of their Australian coach Mehmet Durakovic who took the Red Giants to the Malaysia Cup title to complete their “Mission 33” which was long overdue.

Against Dhanmondi the former Malaysian football powerhouse fof score an early 16th minute goal through Hazwan Bakri but Dhamondi, who came with an understrength team, were back in the picture through their Gambian hitman Landing Dareboe.

Philippine champions Ceres FC are the new leaders of Group E when they edged Singapore’s Tampines Rovers 2-1 at home. Ceres have eight points from matches – two draws and two wins and the only team without a defeat so far.

Tampines and Selangor are second and third respectively with seven points each but separated by goal difference.