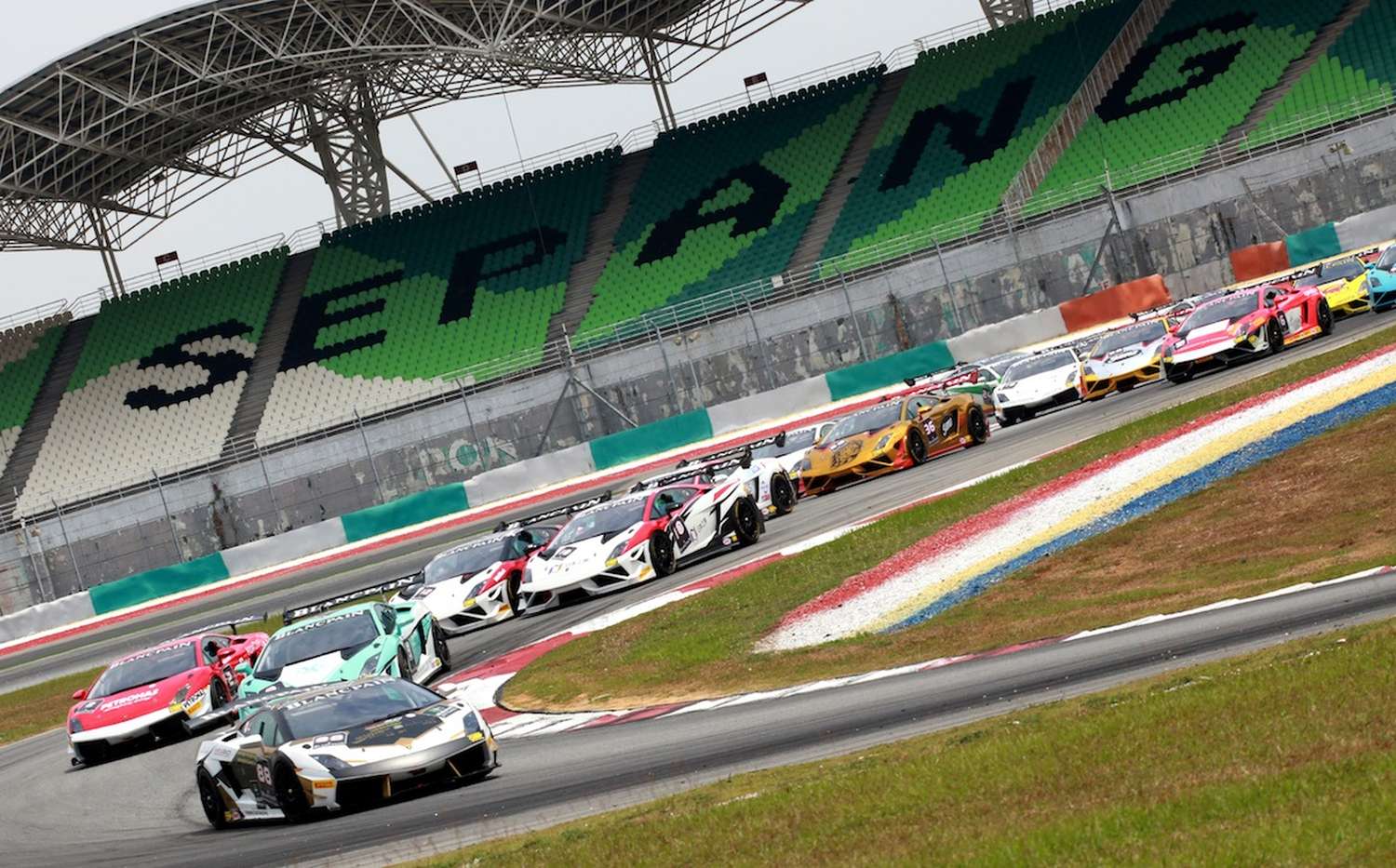 SEPANG  –  The Sepang International Circuit (SIC) will come to life this weekend with the roar of Lamborghinis racing for honours in the Lamborghini Blancpain Super Trofeo World Final.

The 5.542km track will see drivers who are competing in the North America, European and Asian series of the competition battling it out over the weekend.

Tomorrow will see the qualifying day for the World Final, which will involve all drivers from the North America, European and Asian series. The final race will be held on Sunday with a record-strong grid of 42 cars.

It will be the second edition of the World Final, after Vallelunga, Italy last year.

Automobili Lamborghini Motorsport Coordinator, Giorgio Sanna said Sepang will be an important venue for the championship.

“For the first time in Super Trofeo history, we will have more than 40 cars on the grid. I’m pretty sure it will be a weekend to remember for all,” said Sanna.

In last year’s World Final, American Andrew Palmer lifted the title while Italian Alberto Viberti took the AM title. This year, watch out for the Italian Max Wiser, who is the new PRO-AM Asia Champion.

Wiser has experience of racing in Sepang and will compete in the PRO Class in the World Final.

But it will not be a walk in the park for Wiser, as European contenders – among them the current PRO Class leader Jeroen Mul of the Netherlands, who is racing with Automobili Lamborghini Racing Team Germany, are expected to pose a strong challenge.

Fans of high-octane Lamborghini racing can come and catch the action on Sunday at two 50-minute races, which are scheduled to start at 10am and 3pm respectively. There will be no charge for grandstand seats.