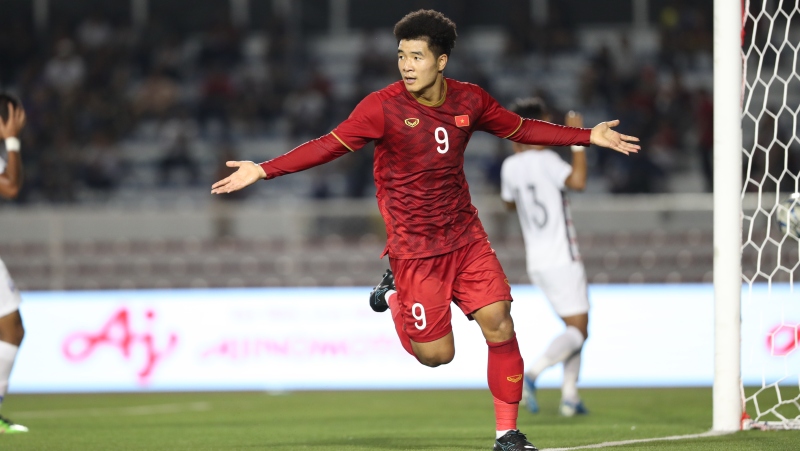 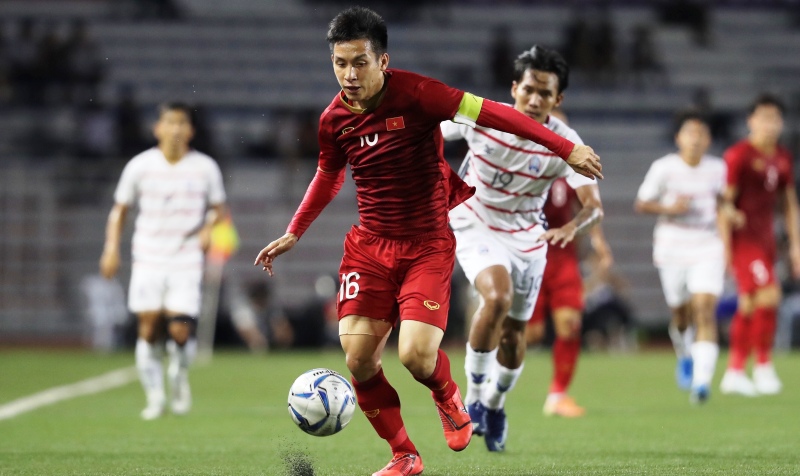 A superb hat trick from Ha Duc Chinh fired Vietnam into the final of the men’s football event at the SEA Games 2019 following their 4-0 win over Cambodia in the second semifinal that was played this evening at the Rizal Memorial Stadium.

“The players did well to make the final. I told them that they must play and believe in themselves and not be scared to face anyone,” said Vietnam head coach Park Hang-seo after the match.

“Now that we are in the final, we will do our very best to make sure that we win the gold medal for Vietnam as a gift after so many years.”

The odds were always stacked against Cambodia to pull off a surprise against a team that has been in long preparation since winning the AFF Suzuki Cup at the end of 2018.

And even though they were playing without the injured Nguyen Quang Hai, the Vietnamese side was playing with confidence as they controlled the pace of the game and rarely allowed Cambodia the chance to get inside the box.

After some hard pressing in the 20th minute, Duc Ching raced down the right for a long cross that Nguyen Tien Linh head home from the far post.

And six minutes later, a long clearance from the back saw Duc Ching running his marker ragged before slotting the ball past Cambodian keeper Keo Soksela.

Comfortable in front, Vietnam stepped off the gas somewhat as they allowed Cambodia more possession.

With the action restricted to the centre of the park, it was Vietnam who then grabbed the chance to slot in their fourth goal of the game in the 69th minute when Duc Chinh flicked in the corner from Thai Quy.

With the win, Vietnam will take on Indonesia in the final of the men’s football event on 10 December at the Rizal Memorial Stadium.