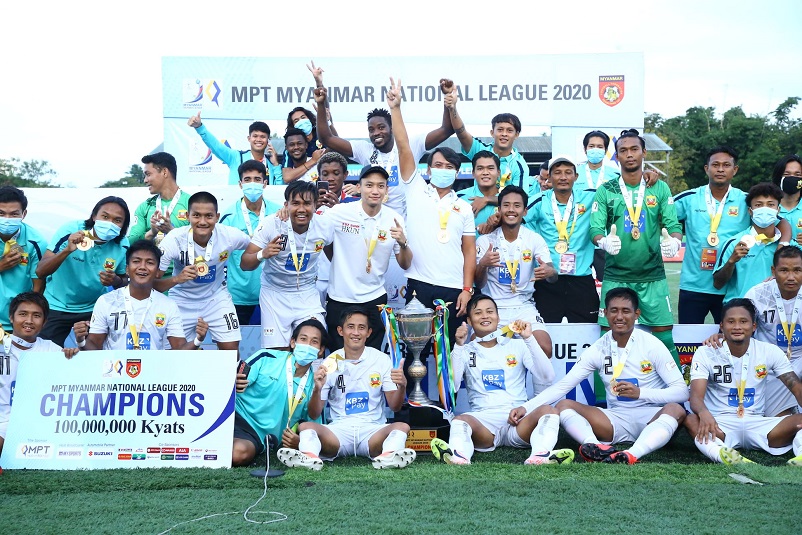 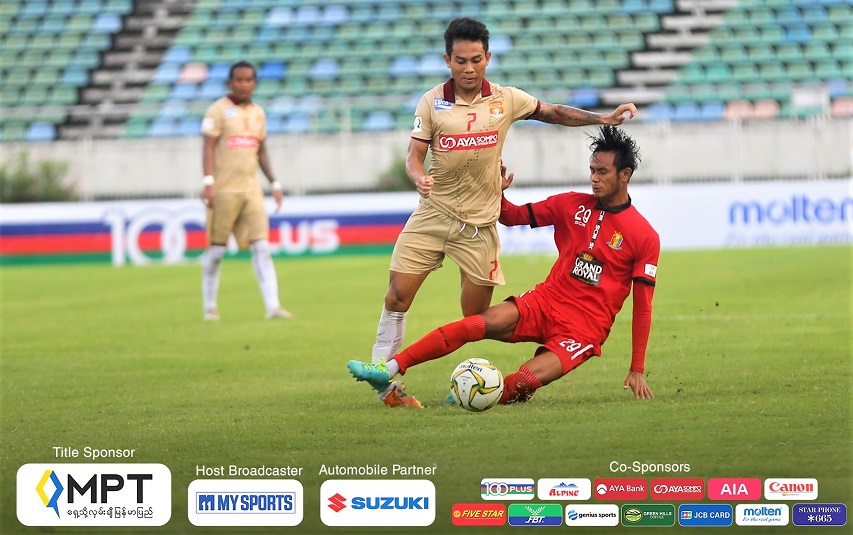 Shan United were crowned champions of the MPT Myanmar National League 2020 following their 2-0 win over Yadanarbon FC in their final game of the season.

In the match that was played earlier this evening, a goal in each half was enough to see off Yadanarbon as Keith Nah slammed in the lead after 36 minute as Kyaw Nanda then added the second goal on 70 minute for the win.

The full three points gave Shan United 44 points after completing the 18 matches for the season.

It was Shan United’s second crown in two years and their third after picking up their inaugural title in 2017.

Closest rivals Hantharwady United and Ayeyawady United had to be content with the second and third spot respectively after they both battled to a 2-2 draw the same afternoon.

Ayeyawady once again took the lead through Ye Lin Htet in the 39th minute only for Moe Htwe Aung to draw level three minutes later for both teams to be tied at the half.

The second half was an even fight but with the score remain unchanged, both Hantharwady and Ayeyawady had to let slip the title to Shan United. 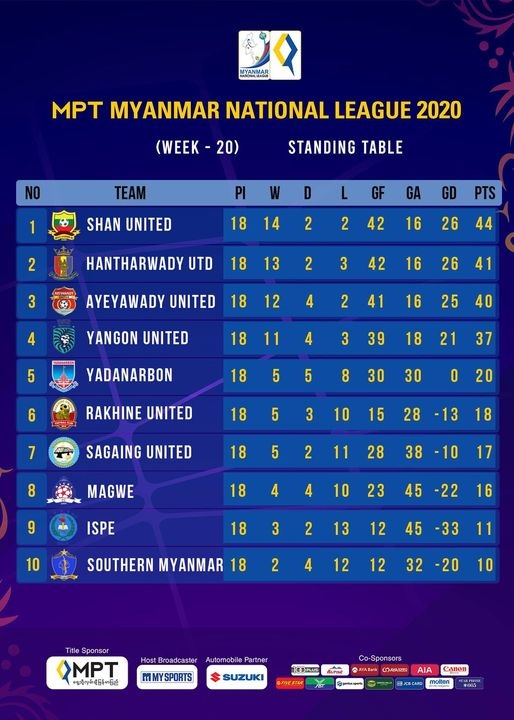