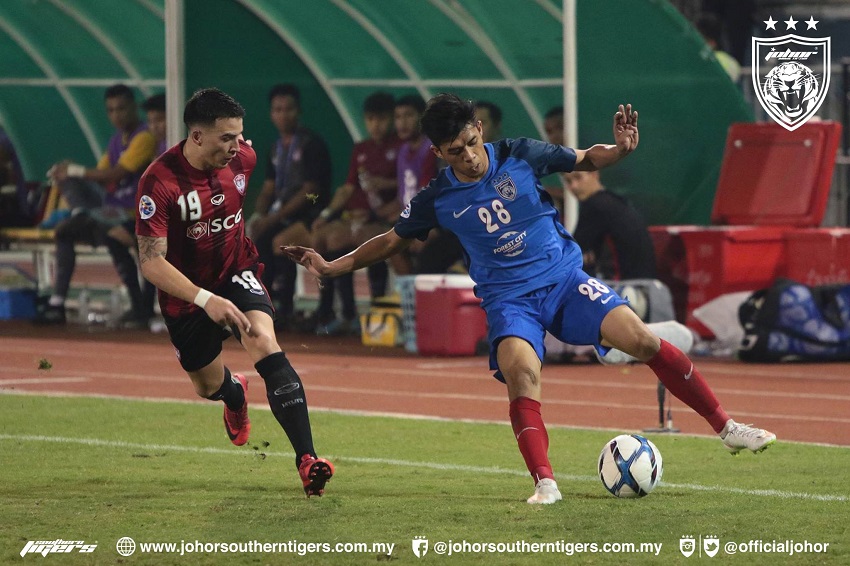 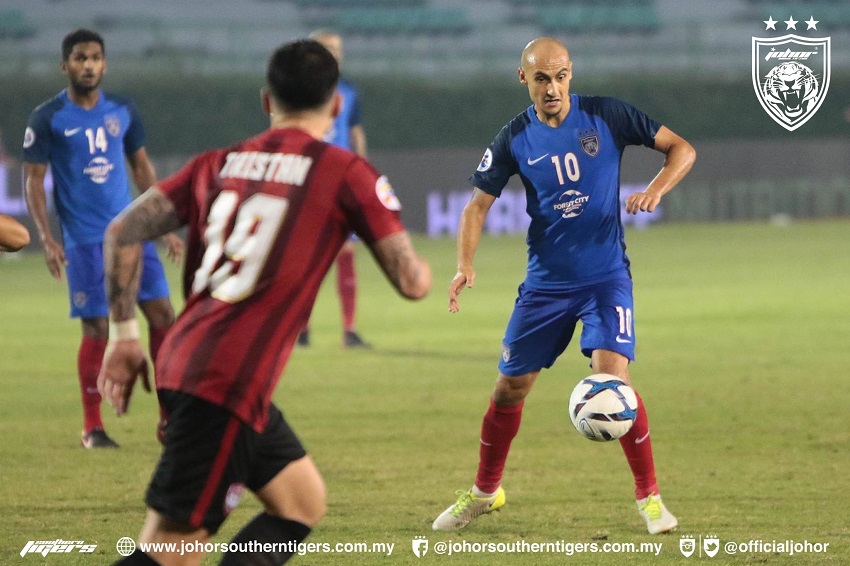 # Nightmare for JDT keeper Izham Tarmizi – beaten five times
Johor Darul Takzim’s AFC Champions League hopes were blown away by Muangthong United of Thailand with a massive 5-2 defeat in a second round playoff stage match at the Supachalasai National Stadium in Bangkok on Tuesday night.
Muangthong are now through to their playoff against Kashiwa Reysol of Japan on January 30 while JDT’s had their dreams shattered by the same team.
JDT, four-time winners of the Malaysian Super League from 2014, won the second-tier AFC Cup in 2015.
The Souther Tigers, as JDT are known, were 3-0 down inside 30 minutes and it was an uphill battle for the Johor outfit after conceding a seventh goal to Muangthong through Sarach Yooyen.
The Thai club doubled the lead on 14 minutes – this time Tristan Do beat JDT goalkeeper Izham Tarmizi and the nightmare began for the visitors.
A 29th minute penalty which was converted by Muangthong’s Brazilian hitman Heberty Fernandes made it 3-0 for the homesters for a comfortable lead at half-time.
Theerathon Bunmathan made it 4-0 with the fourth goal for Muangthong and Heberty got his second on the night after 63 minutes and it was all over for JDT.
JDT, however, did not give up and scored twice in a minute in added time through their Argentine striker Jorge Pereyra Diaz but it was too late for the Southern Tigers.
For the record Muangthong denied JDT with a 3-0 win in a penalty shootout after a scoreless draw in regulation time at the same stage in 2016.
JDT kick-start their Malaysian campaign on Feb 3 when they face FA Cup champions Kedah in the Charity Shield match at the Larkin Stadium – the home of the Southern Tigers. The match will also count towards the Super League points. – BY RIZAL ABDULLAH