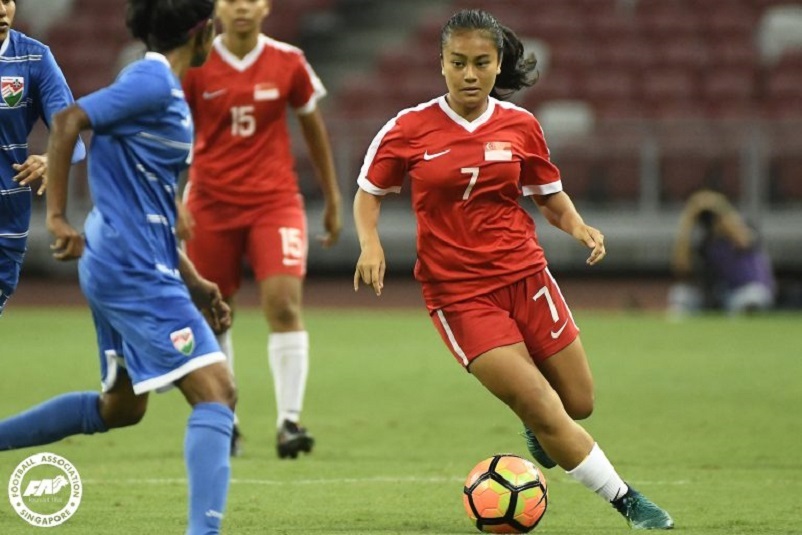 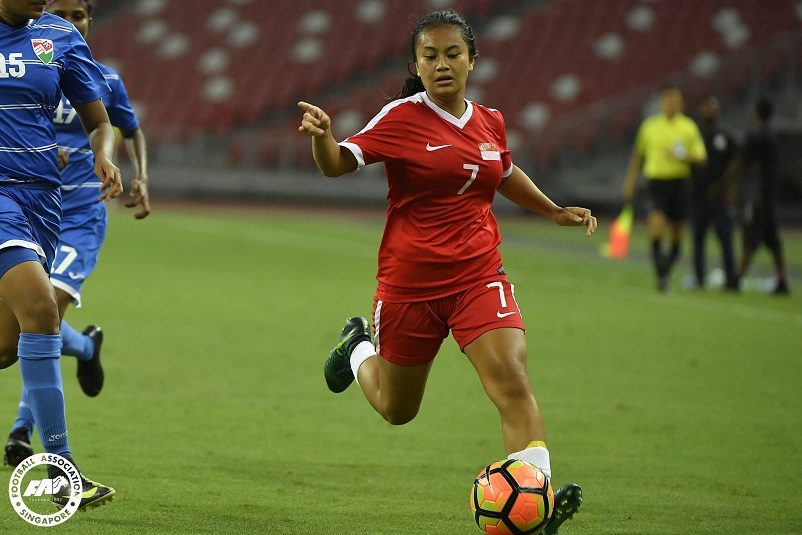 Trailblazer Putri Syaliza Sazali will play for Thai giants Chonburi Women’s Football Club, where she is set to become the first Singapore woman footballer to feature in the Thai Women’s League 1 (TWL1).

Putri, who will have the opportunity to play in the remaining matches of the season, said: “I am so excited to play in Thailand, where the level of football is higher and more competitive. I had a week’s training stint in Chonburi back in early 2020 and I have seen how fast-paced it is, but I am confident that I am going to have a great month and learn a lot from it.”

The 19-year-old impressed Chonburi head coach Kritsada Phungmali when the Lionesses played a closed-door practice match against the Sharks on 24 April 2022 as part of their overseas training camp for the 31st SEA Games.

Chonburi, who were runners-up last season, are currently third in the eight-team table with 13 points.

Coach Phungmali had earlier told Thai media SuperSub Thailand that he was “planning to strengthen the squad in the second leg of the league and is in discussion with management to plan for additional players to join the team”.

He told the FAS: “Chonburi have had a problem with finishing off scoring chances in the games during the first round of the league. I want players who can contribute to the attack and have a good finish. And after seeing Putri’s playing style, I was very keen to have her as part of our squad.”

Putri, who has 11 caps, was offered to play in the second round of the TWL1, which will begin on 28 May against BRU Burirat  Academy.

The Eastern Florida State College student, who has an athletic scholarship, is currently on her semester break.

In her first year, she was part of the squad that won the college’s first national title, the National Junior College Athletic Association Division I National Championship.

In Chonburi, Putri will be able to train and play alongside Thai international forward Saowalak Pengngam and midfielder Wilaiporn Boothduang, who both featured at the 2019 France FIFA World Cup.

Putri will depart for Thailand tomorrow and will return to Singapore after their last match on 19 June.