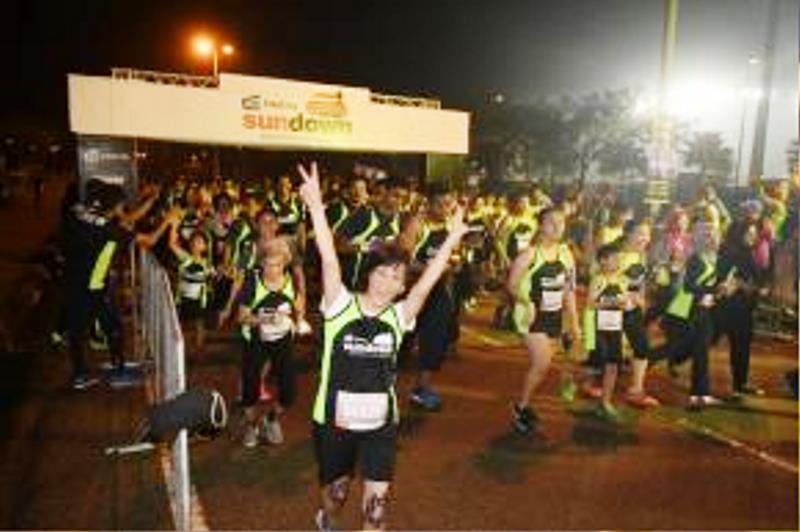 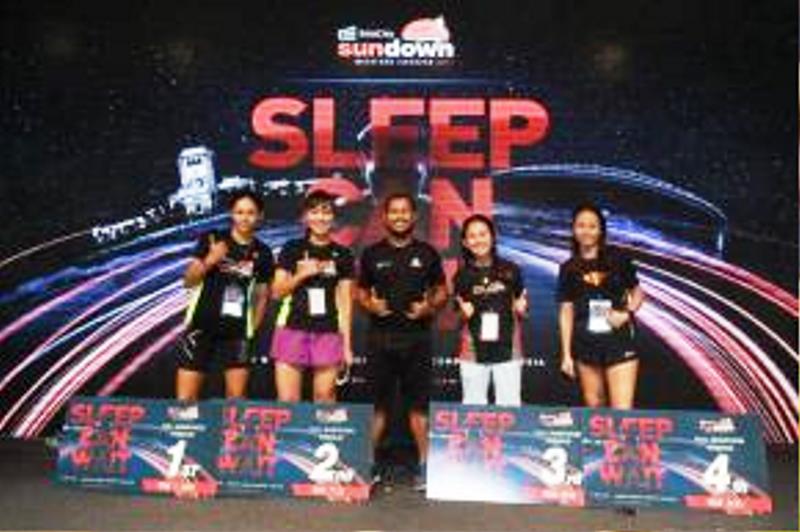 It was an invigorating night as 3500 runners gave up their sleep to participate in the Educity Sundown Marathon Iskandar 2017. The event was sponsored by EduCity Iskandar Malaysia – a fully integrated education hub.

The race saw Johor hosting international runners from countries such Australia, USA, Great Britian, Nepal, Indonesia, Singapore, China, France, India, Iran, Japan, Macau, Netherlands, Philippines and South Africa. The Johor community also got the opportunity to have a magical nocturnal experience as they ran through the night under a blanket of stars. The theme “Sleep Can Wait” certainly gave the participants the motivation they needed to make it through their journey and help some on their quest to lead a healthy lifestyle.

The runners for the 5km, 10km, 21.1km (half marathon) and 42.195km (full marathon) race categories were flagged off at 8.30pm, 9.30pm, 10.00pm and 10.30pm respectively. Runners who wanted to finish the race at a specific time had the help of pacers who were easily identified by the helium balloons showing the targeted finishing. Runners also stood a chance to win total of more than RM10,000 in cash and finishing medals.

Supporters and finishers of the run were treated to exciting activities in the Race Village, such as band performances and overnight movie screenings of blockbuster favourites. The Race Village was also teeming with food trucks to add to the carnival feel of the race event. Mohd Bukhari Ismail, Race Director for the event said: “As over 4,000 people flocked to our race village this year, we are certainly thrilled to see such a great turnout. It goes to show that the night run is still a favourite amongst the marathon enthusiasts as well as those who are embarking on a fitness journey and engaging in activities that uplift their health in general.”

Sundown Marathon founder, Adrian Mok was also on-ground and excited to see how the Educity Iskandar edition has garnered such success. “The partnership from the first two editions of the race in Educity has further boosted our confidence in bringing signature events to Johor,” he said. “We are also grateful for EduCity’s continuous support, which allows us to extend our brand’ footprint in our overseas expansion,” Mok added.

During the event, the winner for Men’s Full Marathon category was Mohamad Izam Shah Bin Zainal Abidin from Malaysia, who crossed the finishing line with a timing of 03:23:03, ahead of British runners, Henry De Renzy-Martin and Christopher Timms who clocked 03:24:22 and 03:43:02 respectively.

“Running at night amidst such passionate runners truly makes this a night marathon to remember. I must say that the Race Village was filled with exciting activities and it was easy to make our way around it as it was well organised. Participants and supporters could have fun with ease. It was an enjoyable run, and I will definitely be joining Sundown Marathon again,” said Mohamad Izam Shah Bin Zainal Abidin.

Meanwhile, Esther Yong Keow Lee from Malaysia won the Women’s Full Marathon category, with a finishing time of 04:20:11, ahead of fellow MalaysianTan Hong Wee and Aileen Ho from Singapore.

“The race route was exhilarating and it gave me the motivation to keep up. Also, running in the cool night air helps keep the mind calm and focussed on the end goal. The race village, on the other hand, gives runners a sense of belonging as it is a place the runners can mingle at the end of the race and have a good time. That feeling of camaraderie amongst runners is important as it keeps you fuelled to keep going the distance in the long run!” saidEsther Yong Keow Lee.

Asics invite runners to run together in Asics World Ekiden 2021