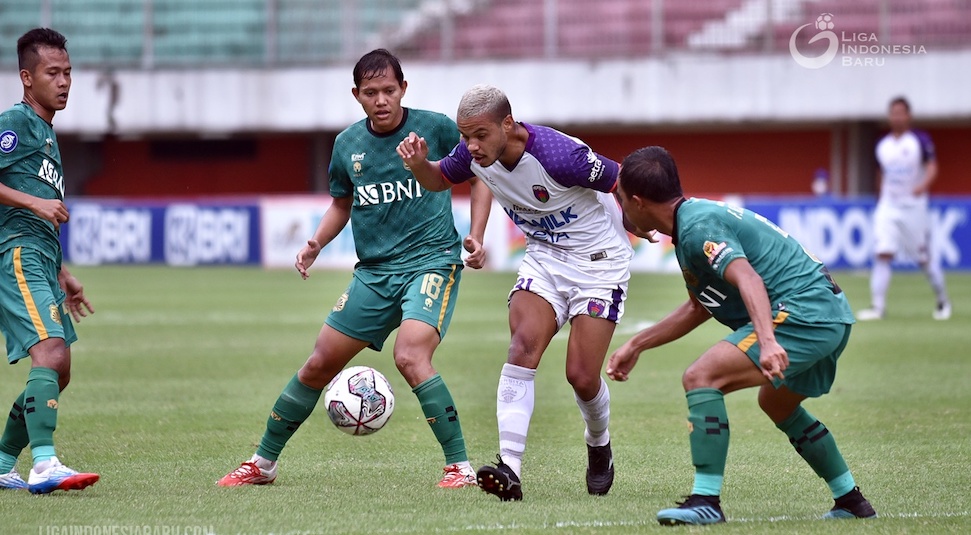 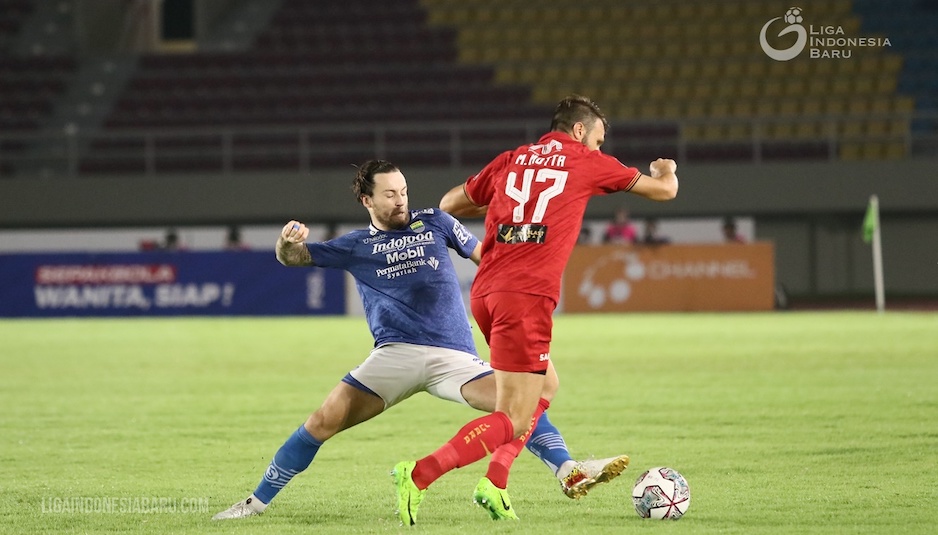 It was status quo at the top of the 2021/22 BRI Liga 1 this week as the top two teams – Bhayangkara FC and Persib Bandung – failed to pick up the full points.

Bhayangkara came undone 2-1 against Persita Tangerang at the Maguwoharjo Stadium in Jogjakarta as Persib Bandung fell to a 1-0 loss to Persija Jakarta at the Manahan Stadium in Solo.

For Bhayangkara, the loss failed to affect their position at the top of the standings where they still lead with 28 points from 12 matches played.

“We were not defending as well as we should. But whatever the case maybe the season is still a long way to go and there are plenty of games to play for,” said Bhayangkara head coach Paul Munster after the game.

In the meantime, Persib’s hope of taking over the top spot suffered a setback when they fell to a 1-0 loss to Persija Jakarta at the Manahan Stadium in Solo.

The only goal of the game came off Marko Simic in the 45th minute as Persib remained second with 25 points from 12 games.

“It is a very disappointing result. We failed to keep our winning run and we could not take over the lead at the top of the standings,” said Persib head coach Robert Alberts. 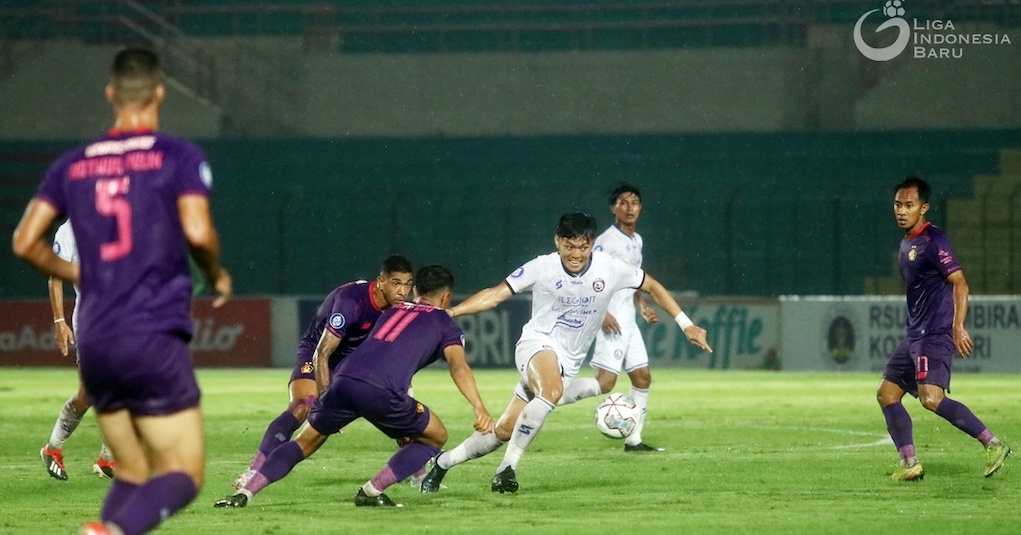 The loss for Bhayangkara and Persib has allowed third-placed Arema FC to close the gap on the leaders after their close 3-2 win over Persik Kediri.

All goals for Arema FC came in the first half off Carlos Fortes (34th), Ahmad Farisi (43rd) and Feby Putra (45th) while Youssef Ezzejjari scored both goals for Persik Kediri in the 31st and 78th minute. 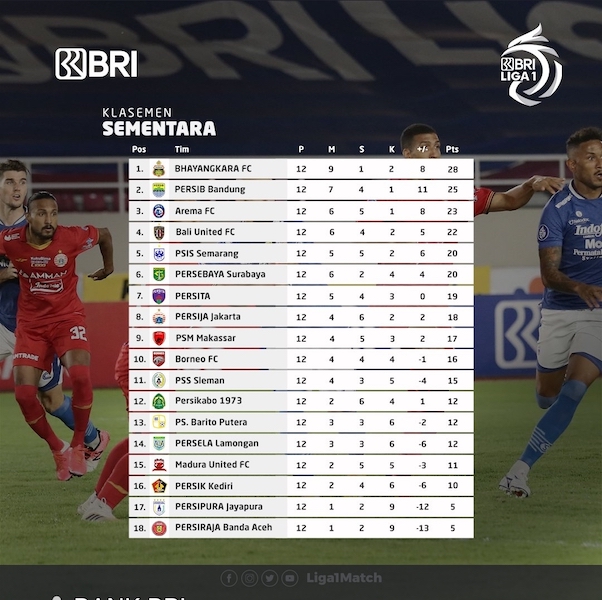